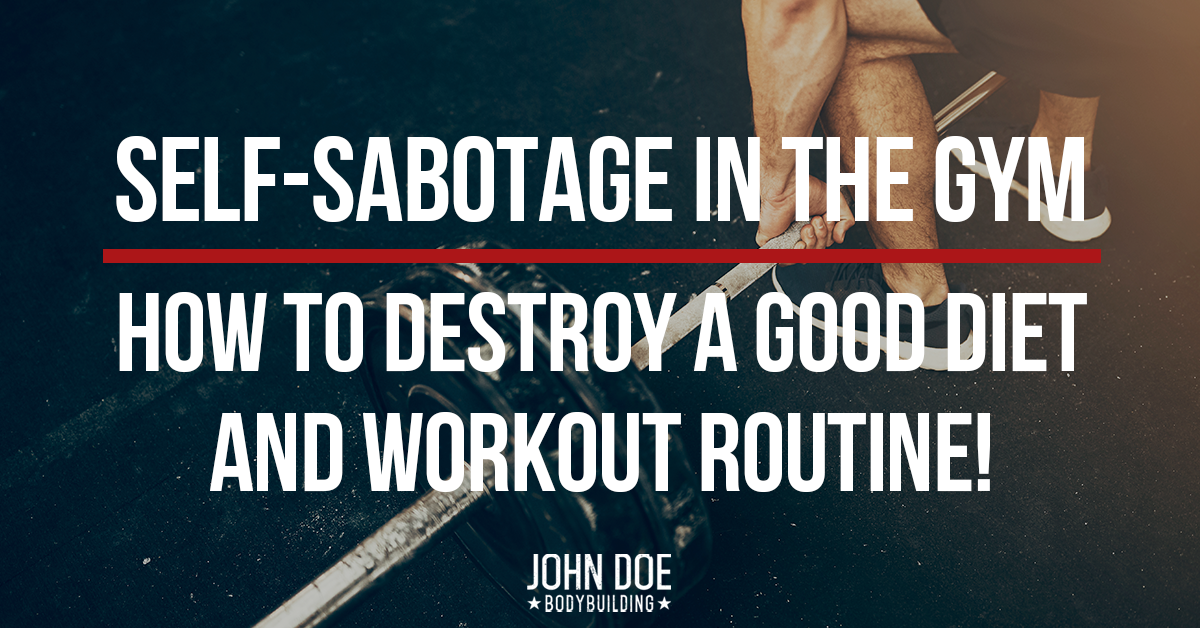 This is something that isn’t talked about much, because most other trainers are simply telling you what you want to hear and not what’s real!

Your own enthusiasm is the single most driving force that can derail you from a good routine if you’re not careful!

YOU CANNOT TAKE A DRAG RACING CAR ON A ROAD TRIP!

It would be impossible to safely and realistically take this car on a road trip. Well, often times what happens with the gym is that we try to become that drag car, only attempt to take it on a road trip instead of a drag strip.

We go super hard for about a week, using unrealistic set volumes and unrealistic workloads to recover from. Then what happens?

One day you just cave in and eat everything in sight. You fall off the wagon, you go out drinking, you become totally 180 degrees the other way until you can get back on track.

But you and I both know when we fall off and we aren’t fooling anyone. But did you ever stop and think that the reason you’re falling off is because your routine and/or diet just isn’t a good fit for you?

I’ve seen so many false claims and ridiculous routines over the years that I don’t even know where to start with this one! There is a big difference between high volume on occasion and just stupid volume that’s unrealistic to recover from.

I switch back and forth to both high intensity workouts that are brief and also higher volume workouts with lighter loads.

But some routines are just insane and you can develop this mind-frame that tells you, “Well if that guy does all of this and it works for him then it has to work for me!”

Well I’m here to tell you 2 things about bodybuilding; there is always going to be a nostalgic point of view from older trainers who thought they trained longer and harder to get the same results.

And secondly, people want to bullshit you left and right in the fitness industry!

I had a friend send me a leg workout one time and he told me that it would get me great results. I tried it and honestly thought that it was the most catabolic and ridiculous workout I’ve ever done.

I told him I tried it and it was probably a good shock routine, but there was no way it was a good workout for a regular leg session.

He then sent me a shoulder routine he got from the same individual and I thought it was absolutely ridiculous as well!

The next time I spoke with him I told him that those workouts weren’t for me and that I’ve been doing this long enough to know my body, but thanked him for sharing.

Do you know what those workouts did for me? They were so long and drawn out and consisted of so much shit that I developed an appetite that was uncontrollable!

So this is where the drag car tries to make the road trip right here. Michael Phelps swam for hours each day, but he also consumed around 10,0000-12,000 calories a day! And no, the foods weren’t clean!

Trying to bodybuild with this approach is like telling a guy like Olympic swimmer Michael Phelps to dumb his food intake back down to only 3,000 calories a day, but to swim longer and harder.

How long do you think he would do that for before that plan stopped working for him?

You see friends, that is exactly the point I’m trying to make here! You’d get a better physique doing something more routine and realistic and sticking to your battle plan for a decent amount of time rather than going hard as hell for a week and then caving in!

Too often people want to be hard on themselves and think that the reason they fell off a routine was because they were weak willed.

While sometimes that is the case, often times it’s nothing more than a natural response to doing something out of the ordinary and excessive.

The better option is whatever workout routine and diet you can stick with and recover from!

I’ve never used just 1 style of training exclusively. Most people that I know who have, they’ve gotten injured. That drag car is only going to go so far on a road trip before it leaves you on the side of the road.

I may do variations of a workout template such as my SCT training, but there are always changes as needed.

Being open-minded about switching a routine up is a good way to avoid being broken down on the side of the road.

Don’t be so close-minded that you end up convincing yourself that there is only 1 way to train! Try new things, sometimes I purposely do workouts that consist of EVERYTHING I HATE.

I do this because it breaks me out of what I habitually prefer to do in the gym and changes everything up to benefit me more.

If you’re in this game for the long haul then you’re eventually going to need to listen to your body. For myself, time-under-tension is a better way to train than simply slapping on heavier poundage’s.

If I remained pig-headed enough to never switch up my training style then I know I wouldn’t be going to the gym regularly right now.

There is no way in hell I would have been able to continue training the same way I trained 10 years ago without getting seriously injured by now.

Here are a few ways to DESTROY a good workout routine

***You would be awfully surprised at how little this actually has to do with development for an intermediate to seasoned bodybuilder.

I could do 1 set of chest presses or 10 sets, nobody is going to know the difference by looking at me after so many years of doing this!

Or maybe you need more stimulation than someone else? Be your own best judge, you know your body and how you feel! Try new things at times, but learn to recognize what you can recover from and what you can’t.

Letting distractions pull you away from having intense workouts

You should know this by now, but it’s important to always be aware of it. A gym where people constantly interrupt your workouts isn’t a good environment to train in.

It’s very distracting to have certain people interrupting your workouts every time you go to the gym. I’ve switched gyms because of people who wouldn’t leave me alone.

I’ve seen certain vehicles in the gym parking lot and I’ve driven off to a different gym because of it. I have trained at a few Planet Fitness gyms before just so people would leave me the hell alone.

Being too nice in the gym will eventually fuck with you. You’re trying to get real work done and other people expect you to listen to their life vents and problems.

If you go to bed at 11 pm every night because you’re waiting on the kids to finish their homework and go to bed then why in the hell would you try working out at 4 am every morning?

Just because some single guy/girl out in California does it at 4 am in Gold’s gym doesn’t mean it’s a suitable time for you and your own responsibilities!

And guess what? If your life is that bad that you don’t have 1 free hour during the day to do what you want to do then make some changes and get a real life!

I can understand a night of bad sleep here and there but how long are you regularly going to sleep like shit and train hard? Furthermore, why in the hell would you put yourself through that if there is a more suitable workout time instead?

Also, workout length is important as well. If your day allows for 2 hours of training time and you’re hitting meals with no issue then fine.

If spending 2 hours in the gym takes away from other important parts of life then it’s not good and you’re not going to stick to it. And because bodybuilders are extremists it’s very easy to get in the mentality of all-or-none!

Here are a few ways to DESTROY a good bodybuilding diet

You bust your ass in the gym, you hit your cardio, but you do too much.

Later that night, the creature stirs and you binge eat 2,000 excess calories of bullshit because you’re too hungry to control yourself(yes, even John Doe has done this before, which is why I’m sharing it from experience).

Do you have any idea of how many top name bodybuilders eat carbohydrates throughout their day? Some do it at night so it’s easier to fall asleep (including myself).

If you’re trying to lose body-fat then it’s best to have room to go as you get leaner.

If you’re currently eating 400 grams a day of carbs and you cut that down to 50 grams/day then where do you go from there?

It’s simply not necessary to go that low with almost any nutrient if you’re training hard. It’s a stupid approach and an easy way to fall off the routine!

Expecting to have the same lifestyle as everyone else you know

Look, all of your coworkers and friends seem to be having their cake and eating it too right? Yea, WELL IT SHOWS!

Getting good results with bodybuilding is all about making deals and compromises with yourself. You simply cannot live like everyone else and be good at this!

They’re all getting shit sleep, drinking every weekend, and eating donuts that were brought into the office. Just because you go to the gym doesn’t mean you’re going to look great and get away with living just like they do!

I’m not saying to be a recluse here but this does take a decent level of self-control. So practice it and do something that matters in your own life. Quit trying to be a fucking people pleaser!

Use this article as a few friendly reminders when it comes to being real with your workout and diet regimen!

You probably know all of this by now, but sometimes it’s easy to get too close to the forest to see the trees and we can get sucked into a tornado of bullshit! Routines are good, diets are good, but be smart about them!

If you enjoyed this article and found it useful in any way and would like more information on specific dieting tactics and workout routines then check out my ebook Becoming the Bull today!

***BECOMING THE BULL contains workout routines and diet plans for everybody in easy-to-follow layouts, that could only come from years and years of my own personal experience! It’s a book about life experiences and bodybuilding all rolled into one. Stop wasting time reading the same regurgitated bullshit and get the truth on getting real results!***

8 thoughts on “Self-Sabotage in the Gym: How To DESTROY a Good Diet and Workout Routine!”