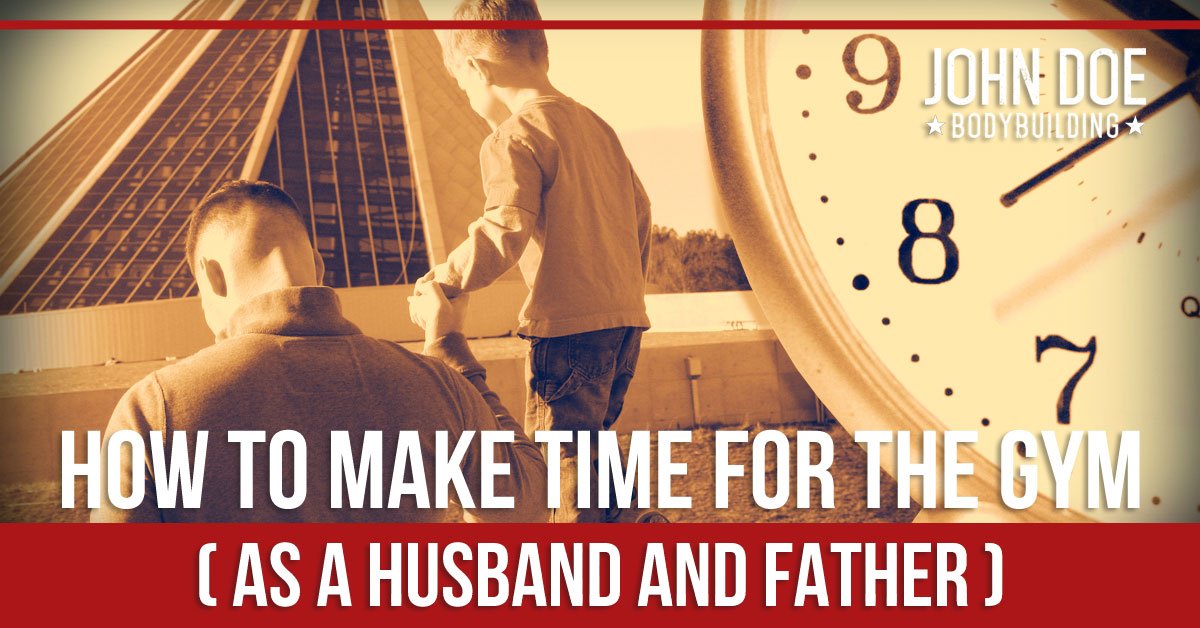 I asked him “what are you doing?” and he quickly pulled his shirt down and said “nothing!!” But I knew what he was doing. At 7 years old this kid was already trying to look for progress in the mirror.

I didn't raise him to work out and honestly I could care less whether he lifts weights or turns into a book worm!!

But here is the thing about being a father;

Kids pick up on parents who are proud of what they see in the mirror.

This isn't just about muscles here, it's about the way kids learn to carry themselves.

My son is the best dressed kid I've ever seen and he dresses himself. By dressing himself I mean a lot of what he wears he picks out himself, and he already has good taste in clothes. His hair is neatly combed and he brushes his teeth on a regular basis by himself.

He does this because he has a father who does it. If you want to raise kids who carry themselves highly then you need to set the example. Walk into any Wal-mart and take a look at kids and then look at their parents.

If the parents are fat asses and dress in sweatpants and faded Looney Tunes T-shirts with holes in them, then you can put your bottom dollar on the kids looking like shit too!!

I'm not trying to sound shallow here, but your kids are going to emulate what they see and adapt to their environment.

This is where working out as a father and/or husband is important. It's also important to maintain good health so you can do things with your family as well as your children!!

It used to blow my mind when I would have my son at a playground and all of the other parents were sitting on park benches just watching, and I was on the playground chasing my son around.

My son would ask me to play with him and I couldn't tell him no. Before I knew it there were other kids asking me to play tag and wanting t0 play with my son and I.

They didn't look at me the same way they looked at their parents and it made me feel pretty good actually.

I believe that if your own kids can relate to you more, then they're going to open up to you more as they get older and it'll help keep them out of trouble. They will actually be hurt when they disappoint you.

The few time I've had to spank my son, he wasn't crying from the spanking. He was crying because he knew he disappointed me. I rarely have to punish my son because he is a good kid who does what he is told.

As a husband it's just as important to stay fit.

I honestly have no clue why people pack on fat after they get married because I believe that you should want to look physically attractive to your husband or wife.

This also plays into the way you feel around each other. Nobody wants to be around someone who doesn't feel good all of the time.

I also have to admit that I believe your sex life is much better if you're in shape, and although a relationship shouldn't be based around sex, it's a very important part of a relationship and marriage. It keeps you closer to each other and helps your mood out as well.

I can tell when someone isn't getting laid because they act like a total asshole.

You could take some guy who got ZERO sleep the night before and is hung over at work the next day, and he is as jolly as a fucking elf on shrooms because he got a piece of ass the night before!!

Yea, staying in shape is important and so is getting laid. Also, your relationship with your husband or wife directly impacts the kids.

When you have a good relationship with your spouse and a loving household the kids pick up on that and the entire family is closer together.

So as you can see by now, it's important to be in shape as a father and just as important as a husband!!

SO HOW DO YOU GET IN SHAPE AS A FATHER AND HUSBAND?

#1 – Stop telling yourself that you don't have the time!! You have the fucking time if you quit being lazy!!

For starters, know that the first few weeks will be a tough adjustment. You may not be in shape and your hormones may be off, so in this case you're not going to feel good from working out.

It takes a little bit to start feeling the effects let alone seeing them.

Keep plugging away though, because eventually your entire family will notice the physical changes as well as changes in how you carry yourself!!

The first few days may deprive you of some sleep. You're doing something new and it's an adjustment.

There are probably going to be nights were sleep falls a little short but as you get accustomed to this new schedule of working out this dilemma will straighten itself out, and the irony of it all is you'll have more energy from exercising!!

Come up with a battle plan.

When I work out in the mornings I have a cooler already packed with whatever dry goods I need that day, and I transfer my already cooked and prepped food from the refrigerator into the cooler that morning. The coffee is set on a timer and it's already brewed at 4:45am.

When I wake up to work out I will even bang a meal before the gym when it's early as hell!!

Getting up and out of my house is like an early morning at boot camp.

I treat the day like I'm going to war!!

I actually make it my goal to get out of my house by a certain time so I can get to the gym.

The will to change has to be stronger than the comfort level of remaining the same, it's that simple!! There are no gray areas here, if you want it bad enough then you'll find a way to get it, period.

When it comes to working out as someone with a hectic schedule, remember this: You need forget about doing everything perfect and start focusing on simple improvements.

Let's say you didn't eat 5-6 smaller meals on a given day and only ate 3 times? Were your meals still a healthy step in the right direction or did you eat fast food again on your lunch-break?

The problem with eating out and trying to do it healthy is that often times it's just not enough food. Look at the chicken portions on salads, maybe 2 oz at best? That's right, you're paying $10 for rabbit food, not fitness food!!

Hell, if you need to get out of there for an hour then take your packed lunch to a park and eat…you don't HAVE TO EAT OUT!!

If it's a day where you have to resort to eating out then choose a healthier option than the usual junk food resorts you used to go to.

One thing I used to frequently do was hit up Wendy's and get a grilled chicken meal, substitute a potato for fries, toss half the bread on the sandwich, and drink a diet Coke.

Chinese restaurants have steamed rice by the carton and you can eat off it like 5 times!! And it's cheap!!

Some grocery stores sell turkey roasts or roast beef by the lb. (I mean freshly cooked that morning, not deli meat full of salt) and that is an option as well.

I have a bodybuilder friend who does this on a daily basis , he eats 1/2 lb for lunch, another 1/2 lb for dinner, and he owns several business that keep him busy morning through night and he still finds the time to exercise and spend time with his family.

Maybe you don't have time to go to the gym in the mornings. You do not need a gym to get in shape, look at inmates who get into crazy shape on prison food and bodyweight workouts!!

There is no reason you can't work out at home or go for a walk/jog around the neighborhood in the morning.

CONSISTENCY!! Consistency will prevail over anything else.

Of course life isn't always easy. There are things that come up; things with your kids and unexpected extra hours with work sometimes.

If your diet is on point then you could go just 2-3x/week and get in phenomenal condition!! It's 90% diet anyways!!

When you're consistent that is when you can slip up and eat a sub sandwich here and there and it doesn't hurt you.

Don't let life's occasional challenges run your entire life – – you could be getting into shape if you really wanted it!!

What if you have young kids and no babysitter?

A lot of gyms have daycare now as well, so if childcare is an issue then you can utilize this resource as well. There is really no reason you cannot get into great shape as a husband and/or father!!

Whether it's waking up and hitting the gym early before going to work, or swinging by the gym for 45 minutes at night, where there is a will there is a way!!

What will your wife think about you going to the gym and getting into shape?

Truth be told here, if you've never worked out before then there is a possibility that your spouse may think you're trying to get in shape for someone else.

I've seen this happen before to certain guys. This usually happens with insecure women who are out of shape as well. I urge you that if this may be your case then talk about it with your wife first.

I would just mention to her that you're tired of being fat and you want to start getting in shape to feel better. Don't even talk about the physical changes you're looking for.

There is a strong chance that she will be motivated by watching you and start exercising herself.

But your kids will definitely look at you different.

I can tell you that it feels great, I know the feeling…and I'll never quit!! 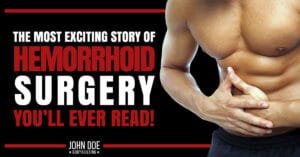 The Most Exciting Story of HEMORRHOID SURGERY You’ll Ever Read!

Disclaimer: If you are squeamish or easily offended and overly sensitive, please do not read 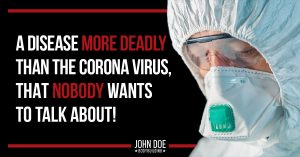 A Disease More Deadly than the CORONA VIRUS, that NOBODY WANTS TO TALK ABOUT!

It’s everywhere now, the dreaded Corona Virus! It has practically shut down the entire country