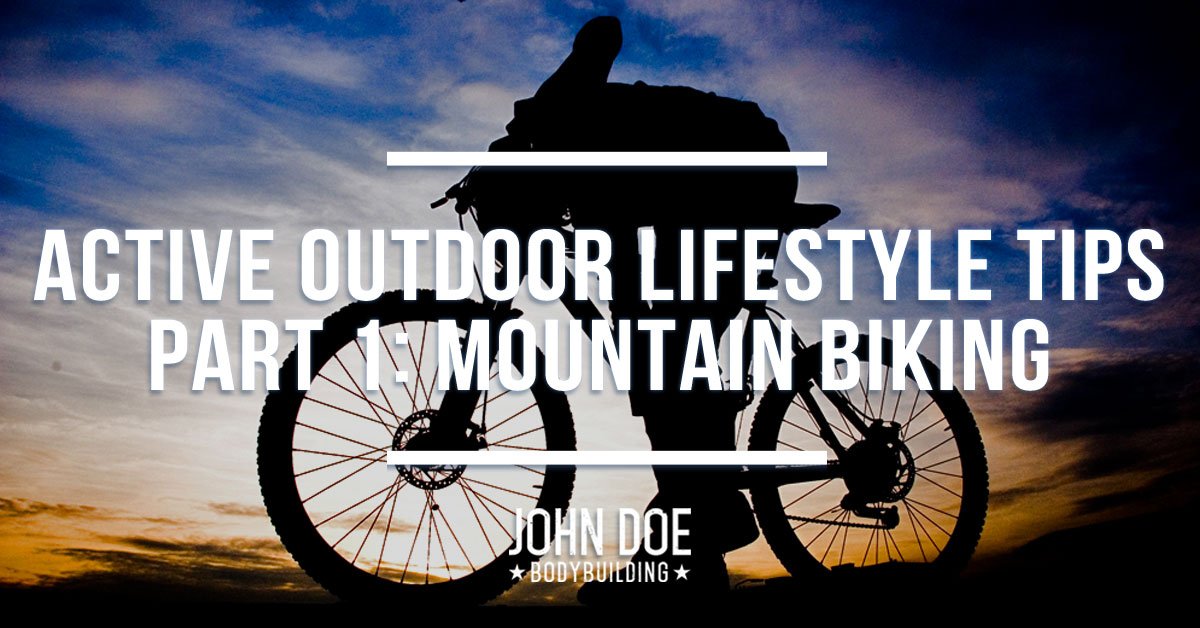 For a long time I neglected doing enough outdoor activities to feel like I had a more well-rounded lifestyle. I would go to the gym and pound the weights, go home and eat, and then remain indoors for the remainder of the day.

One day for no particular reason that I can think of I decided that I wanted to go jog in the woods at a local state park that had trails. I guess I just woke up and realized that I was short-changing myself on life experiences by continuing to do the same day in/day-out routine.

During the jog I saw people on mountain bikes and thought to myself on how the trails looked like so much fun to ride. I then began to miss my mountain bike, and I also realized that sometimes as we get older we lose part of ourselves to everyday monotony.

I went out and bought a nice Cannondale mountain bike shortly after that day. I used to mountain bike a lot as a teenager and even competed in mountain bike races around the state. I wasn’t the best but I did pretty good.

The biggest reason I got out of riding was because I couldn’t put on any size from riding so much. I was burning up everything in me and growing muscle was like pissing in the wind!

I wanted to get bigger so badly that I gave up riding for the gym. But one thing I came to realize as I grew up was that I didn’t need to quit riding my bike, I just needed to think of mountain biking as cardio and keep my rides more brief but intense.

I purchased a wireless bike computer for my bike that would tell me my average speed, distance, top speed and total time of the ride. My goal from this point on was to achieve a better average speed when I would ride. I kept most of my rides to 1 hour total (2-3 hrs if traveling to a longer destination), but I would ride very hard during that hour.

I started to include this type of cardio 1-2x per week during the nicer months where I live and it kept me very lean and it made me feel a lot better also!

Cycling is one of those things that gives you good endurance and gets you in great cardio shape very quickly! Within just a few rides you’ll notice how much better you perform and how much easier it is to breathe, sleep, and loosen up during any given time of the day!

As for a decent bike, I’d recommend something in the middle of the road price-wise. You don’t want something heavy and cheap but you also don’t want a bike that costs a couple thousand dollars until you see how much you’ll be using it. Most decent bikes will run you between $500-$1000 for a good, lightweight bike that performs well.

Look into last year models at your local bike shop, you can usually save hundreds of dollars. When I got back into riding I picked up a Cannondale for $599, then a couple years later I sold it and upgraded to a newer Cannondale that ran me close to $1000 on sale. The second one performed A LOT better than the first one.

There were eventually upgrades on the bike that I wanted and the second bike came equipped with exactly what I wanted. Better components that responded faster, a front suspension fork that was an air shock, hydraulic disk brakes instead of just cable disc brakes that the first one had (I’m heavier and need more stopping power), and the bike was lighter.

When mountain biking you have to understand that it’s centrifugal weight that makes just as much of a difference (if not more) than overall bike weight. The biggest upgrade you can do to a bike is anything that improves centrifugal speed such as lighter rims, clipless pedals (pedals that attach to your shoe so you can get a steadier stride when peddling) and lighter tires.

If you get into riding and are looking to upgrade then these are the areas I’d look into upgrading first. You may also want to strongly consider a camelback to wear to drink out of because you’ll be thirsty! This isn’t like walking on a treadmill or an easier gym cardio session, mountain biking is brutal! It’s a lot of interval training between climbing hills and riding flats or downhill, and back to climbing hills again!

A few other things you’ll want to carry with you are a bike multi-tool, extra couple tire tubes, tire levers to remove popped tires from rims, and a mini pump to put air back into the tires. I used to also carry a snake bite kit, a spare chain link, folding knife, matches, and a small first aid kit, along with some granola bars.

Some of the places I would ride were so deep in the woods that if something every happened you may be spending the night out there. It’s better to be prepared than have something happen and be totally fucked!

I like mountain biking because you can push it just to the edge and still feel in control, where on something with a motor you can push it too far without realizing it until you fracture your pelvis!