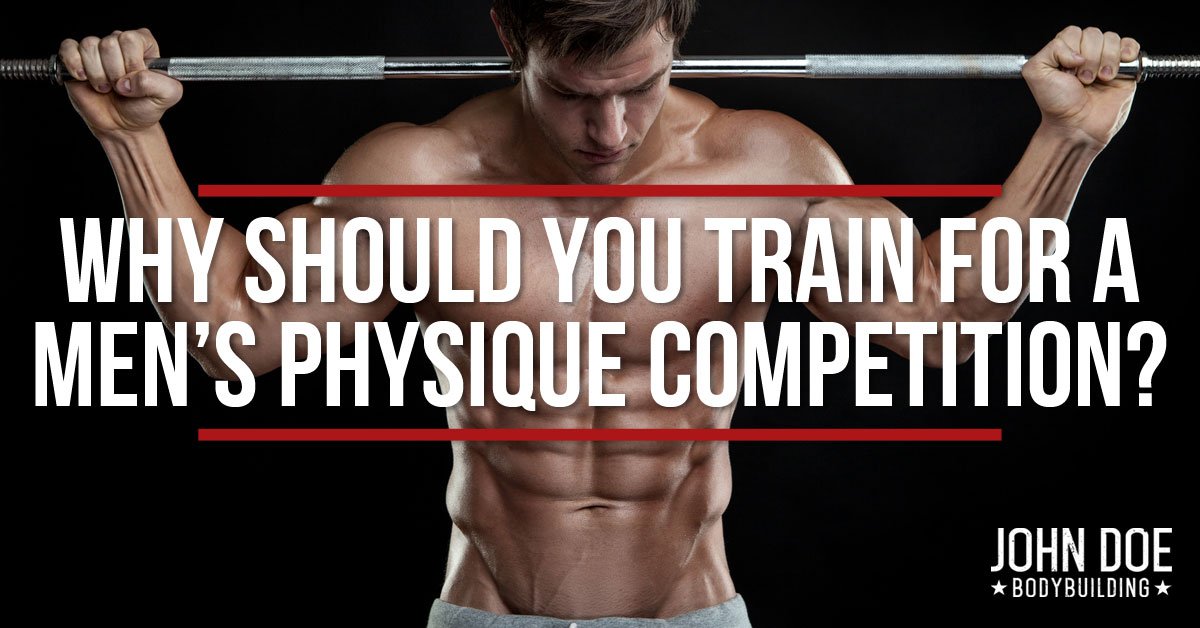 When the Men’s physique class first came onto the scene a few years ago I had the same opinion that a lot of bodybuilders did at the time; it’s just a best abs contest with smaller guys in board shorts rather than “real bodybuilding.” I’ll admit that I had that opinion on it, as a lot of other bodybuilders did and still do.

But as it went on my outlook on Men’s physique quickly changed. You see, I’m a fan of old school bodybuilding. I really just don’t care for the newer look that I personally feel is ruining bodybuilding.

There are a few exceptions out there in the pro leagues and these guys are not placing where they should be at all! I guess I sort of got pissed off with how the judging has been going with bodybuilding over the past decade.

So I started seeing guys coming onto the physique scene that weren’t necessarily small guys by any means, but they had the type of body that most every man would want. What was even more enticing about this class was that it was attainable with hard work and dedication, not just an endless supply of drugs and human growth hormone.

Let’s be real here; bodybuilding at the professional and national level has gotten so overboard that having any sort of life outside of that is basically not possible. With Men’s physique it still is…

To me, Men’s physique is no longer a chance for “the little guy” to compete, but a better way of judging a total package and much more realistic and possibly fair. Now, with that being said, it’s also just more healthy.

You’ll notice competitors don’t have as bad of a sunken in face or bags under their eyes on contest day. Steroids are not taken in such an abundance as modern day bodybuilding with Men’s physique, but make no bones about it they are still in the picture. But conditioning becomes that of someone who is lean and healthy and looks good.

They aren’t judging on striated glutes and over-conditioning here, it’s more along the lines of definition combined with proportion and symmetry. This class is also very region specific, so just know that in one region being over 200 lbs lean won’t hurt you, but in another region it could.

I say, go for a look that YOU WANT. If being over 200 lbs was going to hurt my placing in this class then so be it! I personally feel I look like shit at under 200 lbs and too depleted, and losing muscle is just not the route I want to go. But the good news is competitors are getting larger in this class, and they are doing it and still looking good and healthy.

Can I do a Men’s physique contest without steroids?

Absolutely you can! This is an achievable look that someone could attain without performance enhancing drugs, but I’m not saying things may not be different on a professional level now. Who cares?

I say do whatever you want and use one of these contests as your goal to get the body you want! The biggest reward is not some stupid trophy or “Pro status” but it’s walking around as a picture of health and fitness with some good, hard muscle mass!

If you’re looking for some middle ground between men’s physique and bodybuilding then maybe “classic physique” is the right category for you to compete in. Men’s classic physique showcases the quads and places emphasis on more than just quarter turns and smiling pretty. I would be the type of guy to lean more towards this class if my weight would allow it.

I simply have too much muscle to compete in this class. The cutoff for my height is 192 lbs as I’m 5’9″ and right now I’m a lean 220 lbs. There is absolutely no way I’m going to drop almost 30 lbs from where I’m at now, let alone would I even want to just to compete in a certain class. I’d look like death at 192 lbs!

WHY SHOULD YOU TRAIN FOR A COMPETITION?

A competition is a good way to know what you’re made of. The biggest trophy is the experience of sticking it out and getting into the kind of condition that hardly anyone can get in! Think of this as walking around with the real trophy 24/7.

Also know that judging is subjective at every show, and in some cases there is absolutely nothing you can do to get any better at that time. My advice is to get into a condition you’re happy with and use the competition as the goal you need to have in order to get into that shape.

Preparing for a competition will also help you in other areas of life down the road. You’ll eventually learn to put in a new type of effort into other things in life to achieve results. You’ll learn that 110% is needed in other things in life at other given points in time, and you’ll be better prepared to pull that 110% out of yourself!

If you need any coaching on training and nutrition and help preparing for an event then sign up with JDB! Whether it’s competing or just trying to get into the best shape of your life, I can definitely guide you down the right path!