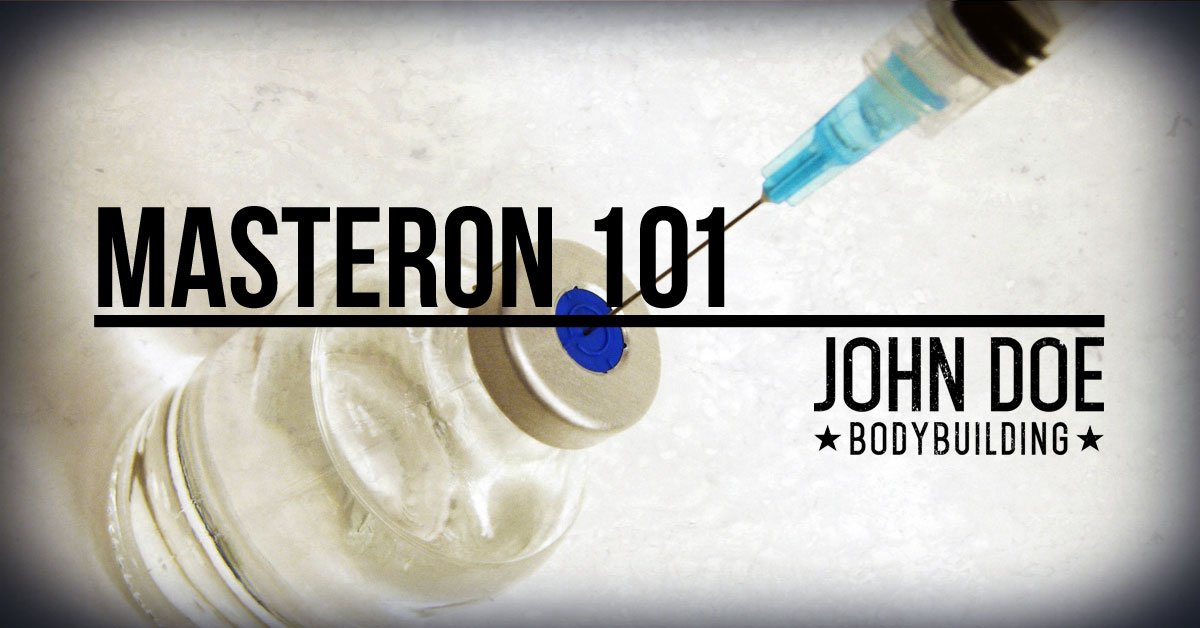 Masteron is primarily used to give your muscle a granite hard, grainy look to them that no other steroid can duplicate. I really would categorize Masteron as a pre-contest drug.

Masteron is not very effective unless you’re already very lean. It’s not the type of compound you want to take if you’re over 10% body fat as you’ll see very little benefit from it, but when you’re already lean Masteron can make you look NASTY HARD!

Masteron is a steroid that just provides that finishing touch to an already polished physique, it’s that “icing on the cake” steroid. This compound is not one I’ve done a lot simply because I do not see the cost to benefit ratio unless I’m preparing for a bodybuilding competition.

Masteron (Drostanolone) is expensive and most commonly dosed at 100 mg/ml.

Masteron is best used for cycles of no longer than 8 weeks in dosages of 300-600 mg/week.

The only other situation in which I’d run Masteron is if I was on testosterone replacement and using a milder dosage of Masteron for a longer duration that the last 6-8 weeks before a bodybuilding contest.

For those using Masteron in longer cycles alongside testosterone replacement or in lower amounts, don’t expect to see much from it.

Masteron is something that is mild enough to be used for 12 – 15 week long runs and I’ve personally used it as long as 20 weeks before at 300 mg/week alongside 200mg/wk of Testosterone Cypionate.

Since it’s usually only dosed at 100 mg/ml and pricey, my advice is using Masteron pre-contest is to roll with 300 mg/week for a few weeks and then bump it up to 500 mg/week the next few weeks leading into the contest.

That’s what I used to do anyways and it worked well for me!

Stick with the tried and true, go with Masteron propionate when it comes to Drostanolone (Masteron).

I know a lot of these underground labs are constantly coming up with different esters and blends but I just don’t see the point in fixing something if it’s not broken to begin with.

90% of people have no business even using Masteron in the first place.

It’s only beneficial to get that granite hard look that comes at the very end of a diet and closing in on bodybuilding competition.

The only other steroid that comes close to giving you this harder look would be Halotestin which is very toxic.

Sample Cycle Weeks 1 – 10 only: 75 mg Trenbolone every other day (which personally I no longer use but the stuff definitely works!)