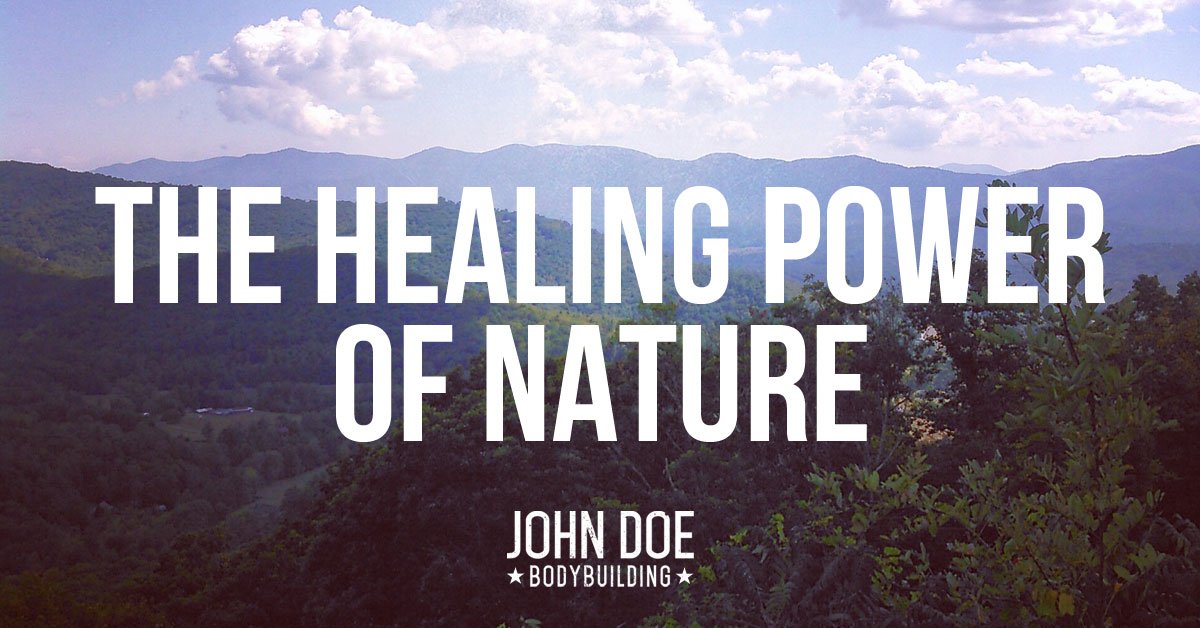 Let’s face it, most of us live a life with luxuries nobody ever had and it’s made us weaker. Everything from air conditioning, cars, electronics and places to eat out has made life easier and more convenient than ever.

We have cell phones with damn near space shuttle technology, tablets, online dating sites, meal plan services that will deliver your food to your house, amongst a host of other modern day common commodities… and you know what?

PEOPLE ARE MORE DEPRESSED NOW THAN EVER!

Maybe we have it too easy nowadays. Maybe we live out our days knowing that we spend more time distracted by bullshit than actually living life!

Look, I’ve been there myself. Despite being an online personality and representing “the good” in fitness and nutrition, I struggle with the same things other people do on a regular basis. For starters I work online, so often times I’m checking emails on my phone.

I go through periods where I’m not always as chipper as I should be just like many other people do… it’s called life, stress, and responsibilities.

THERE IS NOTHING STOPPING YOU FROM GETTING OUTSIDE!

I have always liked to spend time outdoors. When I was a kid some of my friends and I lived about 3 blocks away from a giant dam. I can remember spending several summers riding my bike to that dam with my fishing rod in one hand and a small tackle box or bait in the other hand.

That stupid dam provided some of the best experiences of my life growing up and gave us something to do all summer long on days where we were bored. We didn’t have any money back then and it never stopped us.

Another memorable event was riding my bike around the lake one day with a good childhood friend of mine. The ride was about 40 miles long and I had about $5 on me. My lunch consisted of a bag of hot fries and a soda from a gas station.

That bicycle ride around the lake is one of my fondest memories to this day. I can remember riding down huge hills where the air changed and felt cooler, stopping to eat while sitting on a curb with my buddy, and the fact that we really didn’t know exactly what roads to take in a couple places, yet somehow managed to successfully find the right way!

One of the common traps a lot of people fall into as they get older is the tendency to over complicate things. We can train our minds to always say to us “I cannot do that because of such and such..”

Instead of using what we have available to us we harp on the issue of not being prepared enough. It’s no different than bodybuilding and how some people won’t diet or go to the gym because they don’t have the perfect supplement stack, the perfect gym time, or the perfect little gym with everything they could ever imagine for equipment!

I urge everyone to break out of this mindset because it’s nothing but slavery! It gets to the point where you forget how to have fun in life.

Nature is merciless but it’s fucking real. When you get out on a trail you can either lay down and quit or keep going. There is nobody coming to save you or to throw you a tampon and tell you it’ll all be okay.

One time I decided to go jogging through this state forest. I got lost and it was getting dark outside. The only way to get back to my car was to keep running and if I wanted to get back sooner the only option I had was to run faster.

What was originally planned out to be a few mile jog through a forest had turned into a 10 mile trek to find my way back to the car. My legs were more sore the next day than I think they’ve ever been in my life! But I have no regrets because that day was real and it was brutal for me.

Sometimes when you actually get out and go on an adventure it lifts all of the stress off you. It puts life into perspective and reminds you of what is important in life. Life isn’t meant to be dull and boring, it’s meant for excitement and greatness!

It doesn’t matter if you don’t have the perfect hiking boots, the biggest tent, or the $100 walking stick from your local outdoor sports store. A lot of that stuff is for people who want to “feel like” they’re adventurers, again… over complicating the process!

You can go to any thrift store or consignment shop and get these things. Hell, you can even rent this stuff from places nowadays! 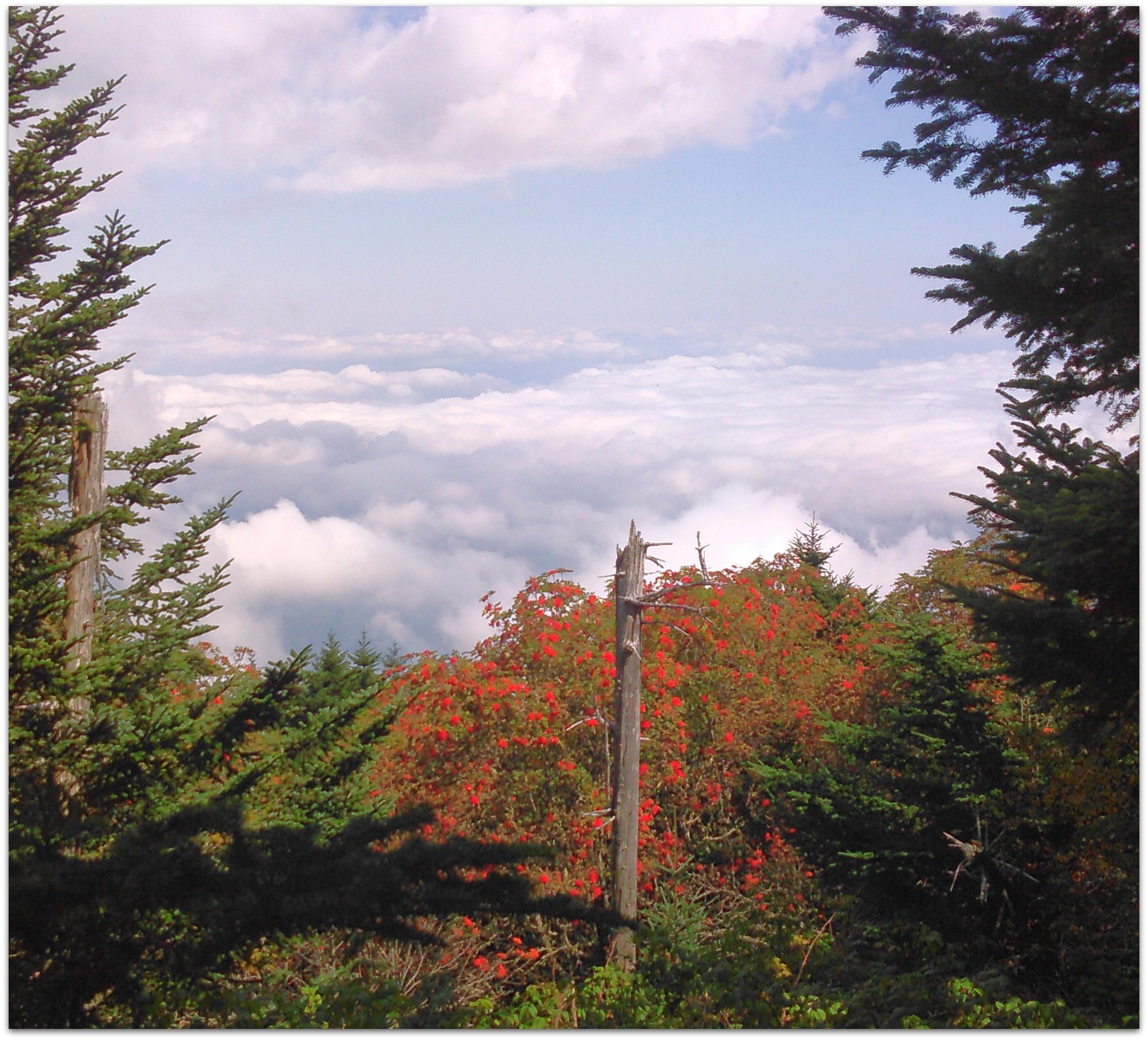 I was never someone who would have claimed to be depressed, but I went through a brief period recently where I found myself a little down. The issue was coming from a multitude of factors and I got off my diet for a little while and started drinking a little more than I should have been.

Every year it’s tradition for my family to go to an apple orchard and pick apples. We have been doing this for about the past 5-6 years now. There are a few traditions that we always do as a family each year and I make sure it happens no matter what. One day those trips will be gone.

The night before we left out early the next morning I consumed 14 beers. I sat on my porch drinking and thinking. Everyone else was asleep and there I sat continuing to drink. I knew the next morning was going to be rough but I’ve never been one to have an excuse not to spend time with my family.

I slept about 4 hours that night and we left out the next morning to drive 3 hours to the mountains. As I walked through the orchard I felt the alcohol starting to pour out of me!

After picking apples we went out to lunch and then drove further up into the mountains. I’m not going to lie, I drank a lot of coffee that morning to keep me going. Some of the roads I was driving on are not the kind of roads you want to drive off, because you are going to drop thousands of feet before the car hits the ground!

I had no idea where we were going, I just kept driving through the mountains. Just like when I was a kid and had no idea what laid in front of me, wonderful things began to happen.

The air started getting cooler, I was driving through clouds, and before I knew it I was looking down at clouds! The only time I’ve ever looked down at clouds before was in a plane.

We eventually found a state park at the top of the mountain and I figured what the hell, so I drove into it. In the park there was a lookout that opened up views for probably hundreds of miles. There were trails that journeyed along the edge of the mountain. There were caves, a natural spring, quartz rocks and breathtaking views.

Clouds were passing through us and you could feel the water droplets in the air as we hiked along this trail! All of a sudden the poison had left my body from the night before. There was no amount of alcohol or substance that could replace what I was feeling that day!

REALITY IS THE BEST HIGH YOU’LL EVER HAVE IF YOU GET OUT THERE AND FIND IT!

Despite being worn out from driving, drinking the night prior, and hiking during the day, I felt a total sense of rejuvenation from that adventure. After returning home that evening I began cooking my meals for the next few days. I said to myself “I’m going to the gym at 5:30 am tomorrow morning no matter what!”

I woke up early the next morning feeling incredible. The issues that were bothering me seemed to disappear and my new goal was to become shredded again and to plan out our next adventure!

The time limit of 24 hours in a day doesn’t apply to me as much anymore. Life has turned into limitless days and time, and everything has become intertwined to nailing goal after goal while finding peace of mind during the process.

You can become successful and reach benchmarks you set for yourself but without peace of mind these things become meaningless. Look at how many people constantly distract themselves from life by acquiring more and more meaningless shit! It never ends until you realize that the best things in life are free.

There is also no better feeling than the feeling of getting part of yourself back that you may have lost along the way. That day on that mountain I got part of myself back. I reclaimed the part of me that didn’t always know what would lie ahead of me but I journeyed through it anyways, without fear.

I urge anyone reading this to never stop exploring and journeying through the unknown. You would be amazed at the sense of well-being and experiences that can come from it.

Take a day to go on an adventure. Just get up and go do it, don’t question shit and don’t make excuses like everyone else. Do what nobody else is doing. If you see an ice cold lake jump in and swim, if you see a mountain then climb it, if it’s pouring rain then who gives a shit!

All of my best life experiences have come from the unknown. It was those times when I just said the hell with it and did it!

Nature is healing. It can be brutal, uncomfortable at times, but in the end there is always a reward.

Life is a lot like nature, you go through the unknown and keep trekking… but you have to get out there and do it!

If you do this enough you just may find a sense of rejuvenation and all of a sudden life will make total sense. It has for me. Adventure hard! -JD

15 thoughts on “The Healing Power of Nature: How I Broke Out Of Depression And Got My Ass In Gear”