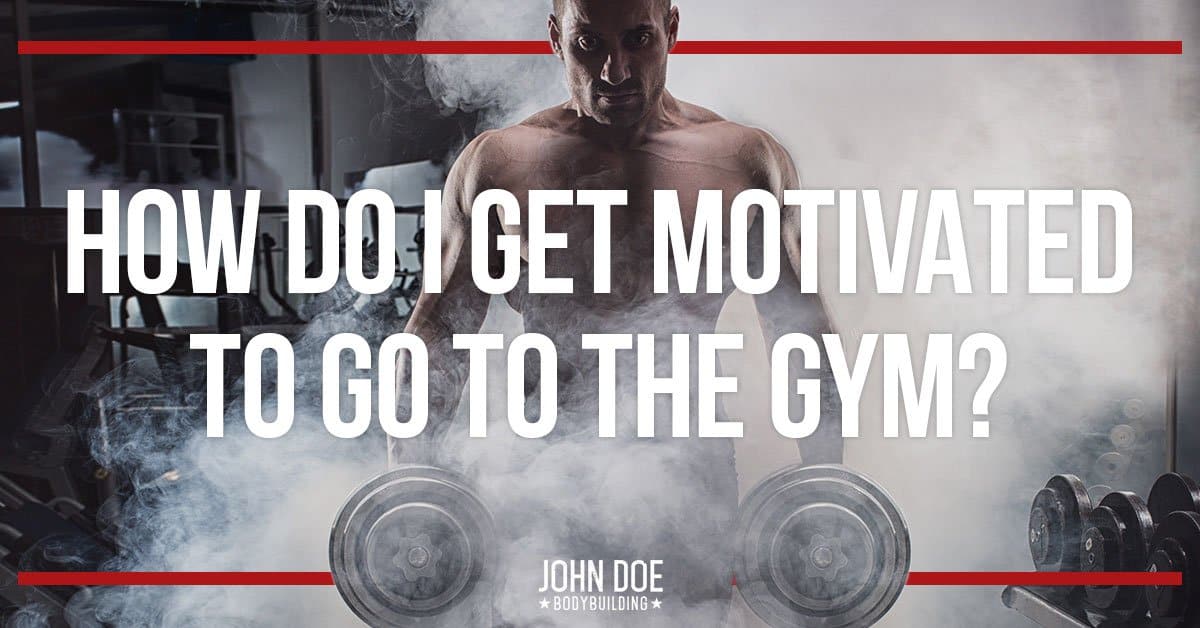 I have a lot of people always ask me, “How do you get motivated to go to the gym?”

I can usually answer questions a lot better if I write them out after I’ve had more time to think about what was asked, so here you go…

HOW DO YOU GET MOTIVATED TO TRAIN?

EASY. YOU THINK ABOUT WHAT’S MISSING IN LIFE AND YOU GET FUCKING ANGRY!

You take this anger and remind yourself of it daily until you begin to create a picture in your mind of what you want to be.

I have been through a wave of emotional reasons for training my ass off throughout the years.

I believe my bodybuilding began from not feeling as if I had a strong character or the type of confidence I wanted. I can remember sitting up in my bedroom late at night just listening to music and thinking all sorts of things about life.

I wanted to be strong. I wanted to be that guy that people recognized and got respect. Forget about just trying to fit in, I had been trying to just “fit in” and it just never seemed to work well for me.

Fuck fitting in. It was time to stand the fuck out!

And so it began, not knowing anything about what I was doing or how to eat properly. I dropped down to the floor and just started pushing myself up. When I began feeling weak I would get angry and tell myself,

WEAKNESS IS NO LONGER A FUCKING OPTION, PUSH GOD DAMNIT! MORE! MORE! FUCK THIS, I WANT TO BE SOMEONE!

I learned to transform what I personally felt was missing into straight hostility, and use that rage to push myself to new levels. This created positive results through my efforts, even if it took getting pissed off to do it! It worked!

That night, that bedroom had become my first gym. The room came alive, the walls began to breathe, and sitting in that room was no longer boring to me.

The walls began to speak to me and I listened carefully to what they had to say;

Welcome to your new world, your first gym. I may not look like much to you, but I will give you everything I can during the time you spend in here with me. I will show you how to build an identity and be proud.

Take that old wooden chair in the corner and set it over there. Welcome to your new shoulder press station.

This old hardwood floor? You can use all of my space to push yourself up as many times as you can.

And these few cheap, sand filled weight plates won’t look like much to most people, but I can show you how to build bigger arms if you promise not to laugh at me.

I’m just a starter gym myself, and most people don’t even know who I am or that I even exist, but if you come back and see me tomorrow I will give you a pound of muscle, and I will keep giving you one more pound of muscle for each week we hang out together. Maybe people will eventually know who we are.

That night I had met something that I had absolutely no fucking idea I would ever be as close to as I came to be from spending time with it.

The biggest fear I’ve ever had in my life was from the time I was around 20-25 years old, and that fear was that I wouldn’t amount to anything outside of the gym and that no woman would see potential in me.

You see, I dated around (well, mostly slept around) and the issue I was having was that I wasn’t doing what most people were doing in life. I had moved away and wasn’t attending college, therefore meeting people was extremely difficult for me.

I wasn’t your typical “let me introduce you to my friends” sort of guy. For the better part of my late teen-mid 20’s my only close friend was the gym.

The gym just got me through shit and I looked forward to seeing it every day and spending time with it (only problem was that I couldn’t fuck it).

So although I wasn’t doing what others were doing, and although I was working labor type jobs that weren’t anything special, I knew that as long as I could walk up in that gym on the regular, I was at least kicking ass that day.

None of us are guaranteed another day, so live to kick ass day by day!

At least the gym took away the fear I had of possibly not amounting to much in life and not being able to meet a quality person to spend my time with.

The gym said to me,

And so it went, I continued to go back over and over again. I continued to prepare my meals ahead of time and I gave myself to something that eventually gave me back everything I had put into it.

But during this phase of my life, I trained out of FEAR. I took that fear and turned it into aggression!

I said, “Fuck you everybody. Fuck people that don’t want to know me. Fuck people who don’t see the potential in me.”

Because despite being afraid of life and afraid of my future, all I could do was live for that day.

Even though I was afraid and alone, the gym was the one place that I could go to destroy everything and forget about my fears!

The gym had said to me,

You’re not alone. We are all scared. You may not have any light to see your way through this darkness, but come back to me tomorrow and I will give you another candle so you can see just a little bit more clearly.

Do not be weak. Do not quit on me. If you come back to me after I give you a candle I will then give you a torch.

And so I continued to go back to see my closest friend again and again.

Not being exposed to the cruel reality of the world is a luxury you lose as you get older. I began to learn this as time passed by.

When I would hear about something terrible and horrific going on in the world, I couldn’t make sense of it.

When people were taken from my life I would try to figure it why, but some things have no explanation.

I at least wanted to see as little of it as possible.

So I would continue going to the gym, because when I stepped foot into that gym all of the bad things went away and there was nothing to be confused about in there.

The goal was clear in the gym; become someone greater than you were the day before!

And then the gym had said to me,

Well I cannot make sense of what’s going on out there, but in here I can show you how to forget all of that out there. In here, we can still have hope and we can still work to be who we want to be, despite this cruel world.

In here there is no color; we are all just here to better ourselves as men. Not black men, not white men, JUST MEN.

And then my closest friend had said to me,

If you come back and see me tomorrow I will show you a way to ignore the things in the cruel world that are confusing you. I will give you a way to focus on the positive and block out the negative.

If you give enough of yourself to me, I will take your physical pain and use it to wash away all of the emotional pain.

Please don’t let go of me yet. Come back and see me tomorrow.

And so I kept going back to see my closest friend.

I started to realize that some of the things most people got excited about I didn’t take any interest in. It all seemed like some sort of life formality we are supposed to through, but not actually living on my own terms.

Jobs became mundane at times and days began blending together without much excitement.

The weekends were quick and if you weren’t doing what most people were doing then you were doing it alone usually.

You would grow bored with life. As the days blended together more and more, life just became more boring than it seemed the day before.

So what would I do to avoid all of this? I would go back to the gym.

Now, I know what some of you are thinking here; that must be routine and boring and the same old routine also.

During those grueling sets and reps I would come alive! I could be anywhere else that I wanted to be in my mind because I was now free.

I was losing myself in those sets and reps and when it was said and done that day I would be calm and content with my life.

I would walk back into that gym and it would say to me,

You don’t have to be on autopilot anymore. Spend an hour with me and I will show you how to be free and let it all go!

We aren’t like them and we never will be. It’s ok, because in here you’re accepted as extraordinary.

If you keep coming back to me I will make sure that your days are never dull. I will show you a way to actually live for yourself in here; I will show you how to be free!

And so it went and I kept going back to see my closest friend.

Those are just a few of the reasons to use the gym to enhance your own life. Those are all things that many of us can struggle with from time to time, and for myself the gym was my way out.

During every phase of an emotional trigger that kept me going back to the gym I’m pretty sure there was anger involved. Like I said before, I learned to use that anger and turn it into a positive with weights.

So the next time you want to know how to get motivated, quit asking everyone else and go take a good, hard look in the fucking mirror!

I want you to ask yourself one simple question – WHAT’S MISSING RIGHT NOW?

Take that anger, fear, confusion, loneliness, sorrow, guilt, whatever the hell it may be…

AND GRAB SOME FUCKING WEIGHTS,

AND LOSE YOURSELF IN THE MOMENT…

AND BE THE BEST VERSION OF YOU ON THIS DAY!

That’s how you get motivated.

9 thoughts on “How do I get Motivated to go to the Gym?”