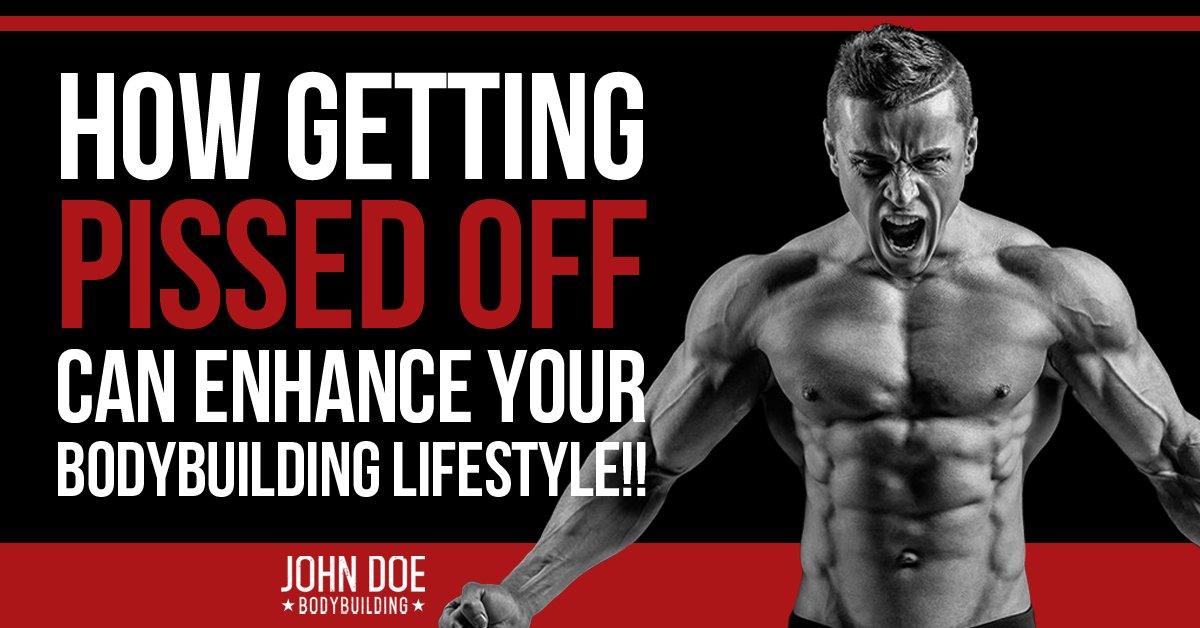 Everybody gets stuck in a rut sometimes when trying to build muscle and lose body-fat.

We often wonder why it’s so difficult to to stick to a plan or why it’s so easy to cave in and eat junk when we know we should be eating cleaner.

Some people will start doing really well with their game-plan and keep going into a relapse over and over again.

I’ve done this before myself. I’ll commit to a diet and then a few days into it, I’ll eat something that isn’t good for me.

Then I’m back on the diet and all of a sudden there is a social event coming up and I’ll tell myself that I’ll splurge a little and then get right back on my diet afterwards.

So I got thinking about what makes my mind tick the way it does, and I’m sure some of you can relate to what I’m going to talk about here…

The bottom line is that many of us have let society always try to provide an easy way out of everything. It’s very difficult to go your own way when everywhere you look around there are conveniences available. It’s easier to tell yourself that you need to eat out when eating out would be easier than cooking your food.

It’s easier to drink protein shakes 3 times a day rather than eating prepared meals. It’s easier to stop at the store and buy an energy drink than it is to brew your own coffee. But why is it that we rely on these conveniences so often?

My theory on it is simple; society is training us to waste our time on invaluable activities that lead to only short term fulfillment. It’s harder to wake up and eat breakfast when you’ve been on social media until midnight the night before. It’s harder to eat a good lunch when you’ve failed to prepare your food and bring it with you to work.

When 90% of society is going in one direction it’s harder to be part of the 10% doing their own thing. Ask yourself if you want to be a leader or a follower.

Most people are followers.

It sickens me to see people going through a hard time out in public and realize that everybody would rather walk past them and make believe they didn’t see it happening instead of helping someone. That is a prime example of being a follower and followers are everywhere!

I’m going to let you in on a little secret to start getting major results with your body;

START GETTING PISSED OFF!

If you’re not happy with your results from working out then get pissed off enough to drop the conveniences in life and start busting your ass!

Make your life into a war zone and go into battle!

Drop those energy drinks for $2.99 a pop and start drinking black coffee instead. The more bitter it tastes the better, it’ll help get you into machine mode and all the more ready to conquer in the gym!

If you’re pissed off over a financial situation then use that anger to start shredding up! I’m sorry you can’t afford to eat a steak every single day, but start eating a few cans of tuna fish instead and use that as motivation to get into battle mode.

Once you start doing this enough then you’ll actually feel like a warrior, and that feeling alone will propel you forward even more!

There comes a point when you put yourself through enough hell that maximum discipline starts to come to you naturally. It’s not going to come to a lot of people UNTIL THEY START GETTING PISSED OFF!

I cannot stand the words “LOVE HANDLES.” What woman wants to make love to a guy with a set of giant LOVE HANDLES INSTEAD OF A SET OF ABS? I’ll tell you who does; women who want to keep you under their thumb and know your fat ass won’t go anywhere despite how they may act.

Start getting pissed off!

If your money is allowing you to live like a gluten idiot, who thrives on the consumerism of bullshit, then allow yourself only enough money to buy tuna fish, rice, eggs, broccoli, skinless chicken, or whatever else allows you to eat clean and stay the course!

And if a lack of money is keeping you from building muscle then get pissed off enough to make more!

How much time do you really need to put into the gym in order to get results? Well, most people would only need 3 hours a week in the gym to grow and get shredded if they could be disciplined enough to stop living like pussies and start living like warriors!

If being in the gym just 3 times a week is making it easier to stray off path on your off days from training, then get your ass in the gym 6 days a week so it’s easier to stick the rest of the course!

A lot of times if half of the puzzle pieces feel missing then it’s easier to just quit that day with everything.

So if you lack the discipline to eat healthy then start training more often and you may find it easier to want to eat cleaner. I’m like this a lot myself which is why I’m sharing this bit of info with you!

STOP BITCHING TO EVERYONE ELSE ABOUT HOW HARD THIS IS FOR YOU, IT’S HARD FOR EVERYONE!

I eat dinner with my wife and kids, and I sit there watching them eat much more appealing foods than what’s on my plate. Is it easy for me? HELL NO, IT’S NOT EASY FOR ME!

But I just go through it because bodybuilding is something I enjoy more than the short-term satisfaction of stuffing my face with junk! But I don’t push it on my family. If my son or stepdaughter never wanted to work out I wouldn’t care, that’s up to them.

I just hear so many people complaining to me about how hard this is and I know it’s hard! But I know what I go through to get it and I’m not going to sympathize with someone who tells me they want to do it one day and the next day they’re eating fast food.

This is all very simple; you want it more than you want to stay comfy or you don’t. If you want it bad enough then you’ll keep chopping away at it until you start looking the way you want to look.

If there is anything that makes the process easier it’s sticking to this long enough to see results. Once the results start rolling in then it’s going to motivate you more to go further and further!

For someone who hasn’t been working out and eating properly (whether “eating properly” is for size, definition, or both as a beginner since it’s more possible to do both when it’s new) this process will take about 6 weeks. In 6 weeks you should be seeing visual changes that will help motivate you.

But try working out for a day or two and take a week off, eat clean for a couple days and then stray off, and you’ll never see the changes in those 6 weeks! You need to just discipline yourself enough to make it 6 weeks and then the changes will roll in and it’ll be more natural to stay in motion with progress.

By no means am I saying that you cannot begin building muscle and losing fat in a shorter time frame, but I’m telling you that VISUALLY you won’t realize it yourself in the mirror for about an average of 6 weeks. Do whatever you need to do to get your ass in the gym most days and eat properly.

I’m going to let you in on a little background about myself here. Do you know that when I first began working out I actually hated it? Well I did. It was hard work and not something I enjoyed doing.

I think the only thing that kept me going through those workouts every day was my Metallica cassette tape which was played about 1000 times, hahaha. That first album from Metallica still holds sentimental value to me for this very reason!

But once I finally looked in that mirror and saw my chest sticking out and some veins bulging I was hooked!

The bottom line here is STOP BEING A PUSSY!

Stop being a follower and start being a leader. One day at a time you can work to build something great!

Once the foundation was built and the framing was complete you’d probably be more motivated to continue building your house. Well making changes to your body is no different, so start laying down a bunch of bricks!

Everybody goes through tough times and everybody has their struggles.

Are you going to just lay there and take it while waiting on some miracle that’s never going to come?

Or are you going to get pissed off and start doing something about it?

I SAY TO GET PISSED OFF AND MAKE SOME CHANGES!

11 thoughts on “How Getting Pissed Off Can Enhance Your Bodybuilding Lifestyle!”