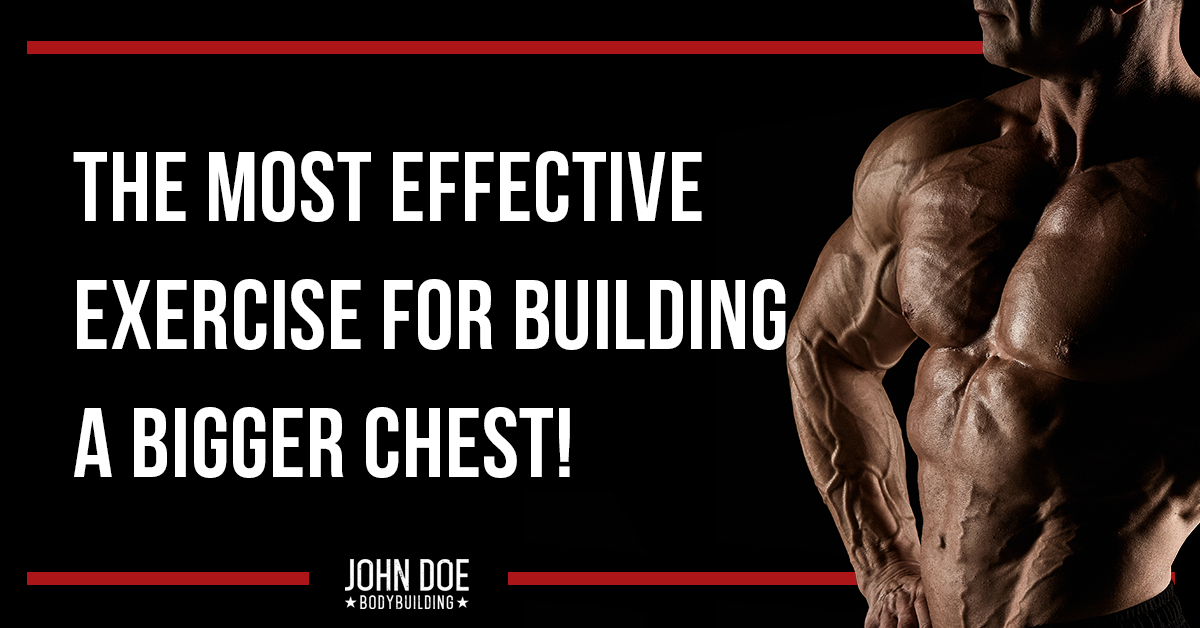 The push-up was the first formal exercise that I ever remember doing.

I’m not sure how old I was when I did my first push-up, but it was somewhere in gym class in elementary school (probably 1st grade?)

I can remember looking around me and seeing all of the other kids failing and half-assing it.

I never wanted to half ass them though, even back then I would tell myself it was better to grow stronger than smash my nuts on the wooden gym floor in a “VULGAR DISPLAY OF PUSSY”.

So I was serious about not letting myself fail at push-ups from a young age, but other than that I didn’t want to do them.

Fast forward a few years and I decided that I wanted to get bigger.

So I did the only thing I knew how to do; more push-ups and push-ups regularly!

I eventually threw in some sit-ups, curls, and overhead dumbbell presses also, not really knowing anything about form or even what some of the exercises targeted.

I did not know overhead presses were for my shoulders, I just thought it was an exercise.

Eventually I got to performing 5 sets of 25 push-ups on a daily basis. I would then throw in other basic exercises which were usually 5 sets of 25.

I would later call this program “The 125 routine.”

I say “later” because I never in my life would have thought that I’d be telling people how to work out one day.

I eventually became stronger and my push-up count improved steadily.

I got into traditional weight training after I could easily complete the 5 sets of 25 push-ups regularly.

THERE IS NO BETTER CONNECTION BETWEEN YOUR MIND AND YOUR MUSCLES THAN PUSH-UPS!

To this day I’ve never felt an exercise that has tied my muscles directly into my mind like a push-up does!

You’re busting out all of these push-ups and it’s like BUILDING YOUR MIND AND YOUR CHEST!

The 2 work hand-in-hand to strengthen each other; when your muscles want to fail your mind tells you to keep going, and when your mind wants to fail it seems you’re still pushing like a machine!

The push-up was the exercise that originally taught me that GETTING THE LIFE THAT I WANTED WAS POSSIBLE!

You see, I didn’t think I could ever do much before working out. The push-up changed all of that for me.

It was literally the simplest form of “Push yourself back up in life” that I could start with!

When I say that a push-up is the best mind/muscle connection, I’m not just talking about physical results;

I’m talking about taking something and actually making the entire unit stronger, more efficient, more powerful, and bigger than before!

Throughout my journey with bodybuilding for the past 23 years or so, the push-up is something I’ve always kept in the mix!

I see so many guys doing away with them, and they still work well beyond initial development.

That’s what so many guys don’t understand now; the push-up that started with you pushing up 66% of a measly 130 lb body, now becomes you pushing up 200 lbs or 250 lbs, or whatever you weigh now.

I never got the same connection with weights as I did with a push-up, never the same stretch at the bottom of the movement, nor the same pump. NEVER…EVER!

THE 8 YEAR OLD AND THE DECK OF CARDS WORKOUT

One evening I was showing my 8 year old son how to play poker. I was bored and I missed playing cards with my friends, so it was time to show my son how to play so I could play cards again.

He picked it up pretty quickly, and after about 2 hours of playing cards he asked me once again about the mysterious “deck of cards push-up challenge”  he remembered me mentioning awhile back.

I said to him, “It’s crazy man, it’s like a shitload of push-ups in one workout. One day you’ll know you’re a real man when you can get through the deck of cards push-up challenge.”

My wife had told me that she would catch him working out once in awhile in his room, and he would tell me that he would work out by himself on the playground at recess, but I never really took these stories seriously.

I would just think to myself “Yeah right, like some 8 year old is really working out at recess by himself like some inmate!”

But he wasn’t making it up.

I soon had learned that it was all real and that he was regularly doing push-ups, because I saw an 8 year old boy complete the deck of cards push-up challenge right in front of me!

I saw nothing but outright hard work!

When I say “Right in front of me,” I’m talking about a process that was over 2 1/2 hours long!

You see, it simply began as a kid telling me that he was going to do it…

Then, it was like 20 cards deep into the deck and he was still working at it.

We watched one side of the deck get shorter and the other side grow taller as I flipped them over.

I began to see that completing the deck was possible for him. I didn’t say it wouldn’t be hell, I’m just saying I envisioned him doing it.

Do you know who else envisioned him doing it?

He said to me,”Dad, it’s the hardest thing I’ve ever done but I want to be a man. I know I can do it if I just believe in myself and keep going!”

So now I’m fucking psyched about it!

I went from chuckling about the idea and laughing for the first few sets to HOLY SHIT, THIS KID IS GOING TO MAKE ME EAT MY WORDS!

He kept pushing and I began reassuring him he could do it.

(Yes, I curse in front of my son so it’s not taboo to him, I’m a fucking realist.)

The water bottle stood on top of the dresser in his room and tiny beads of sweat began to drop onto the wooden floor as he kept going.

For the record, I’m not one of those parents who tries to live vicariously through their child.

He could have told me that he was done 3 cards into it and I would have just been like “Good job man, next time you’ll get more”, but the thing is it wasn’t like that; it was a boy confidently telling me he was going to do something extreme.

I couldn’t downplay it. I had to stand behind him if he told me that he believed he could do it.

The deck continued getting shorter on one side and taller on the other as we kept flipping the cards over.

His rest periods became longer and when I looked at my watch we were well over 2 hours into it.

My wife ran into the bedroom screaming “This is child abuse, he’s going to kill himself!”

I shouted at her, “GET THE FUCK OUTTA’ HERE, HE’S ALMOST DONE WITH THE WHOLE DAMN DECK OF CARDS!”

At around 2 1/2 hours deep into it, the deck was finally completed. “HOLY SHIT” I had thought.

HE ACTUALLY FUCKING DID IT!

I used to do 5 sets of 25 push-ups for months at almost twice his age, and here comes this 8 year old kid basically saying YOU WEREN’T SHIT, I JUST DID A DECK OF CARDS WORTH!

He completed the workout and said to me, “OK, SO NOW I’M A MAN.”

The point to this story besides the fact that I’m proud as hell of it, is that HIS MIND IS WHAT COMPLETED THAT DECK OF CARDS CHALLENGE!

You see, when he was physically able to witness results in terms of stacks of cards growing shorter and getting taller in front of him, the goal became realistic and his mind never told him to stop.

He did not quit and it took him 2 1/2 hours to do it all. I believe he would have spent 5 hours on it if that’s what it took to complete it.

His mind was so strong going into the challenge that he had already told himself he had won halfway through it. My mind was never that strong at that age.

YOU CAN GET IN SHAPE AND DEVELOP YOUR MIND WITH PUSH-UPS!

Even if you don’t have much confidence now, performing push-ups regularly is the most realistic way to push back at life and start becoming someone great!

If you want your chest to stick out and look muscular and get bigger arms and shoulders, then begin with push-ups!

If you are not happy with the way you look and the way you feel about yourself then the time to begin is RIGHT NOW!

Hit the floor and start pushing back!

I WANT YOU TO LOOK LIFE RIGHT DEAD IN THE EYES RIGHT NOW, AND START PUSHING BACK!

If you cannot do that many push-ups then take a break, get pissed off with yourself for turning into a sack of shit or staying weak, and use this aggression to do more push-ups.

There are only 2 thoughts right now:

If working out is brand new to you, then tomorrow night here is the workout:

Fuck how sore you are, keep doing it! Soreness will eventually go away and it’ll get easier!

Now, here is what you’re going to do for the next 5 days after day #2 workout:

Don’t overthink the shit, don’t research everything you can right now online until you can do this one thing!

Once you can complete 5 sets of push-ups for max # of reps per set till failure, the goal is 5 sets of 25 reps.

If you’re interested in how to incorporate other exercises into the routine then begin my actual 125 routine explained in my Becoming the Bull e-book.

Right now if working out is new to you, I promise you that this is all you need to focus on…

What is stopping you from getting started?

QUIT BEING A PUSSY… PUSH BACK UP, BECOME SOMEONE GREAT!

P.S. If you’re experienced in working out with weights and want a more extreme program, be sure to check out my newest program Shredded Ops; building the extreme physique. This program ties in resistance training with body weight movements to BUILD A PUMPED UP PHYSIQUE like no other program out there!

6 thoughts on “The MOST EFFECTIVE EXERCISE for building a bigger chest!”