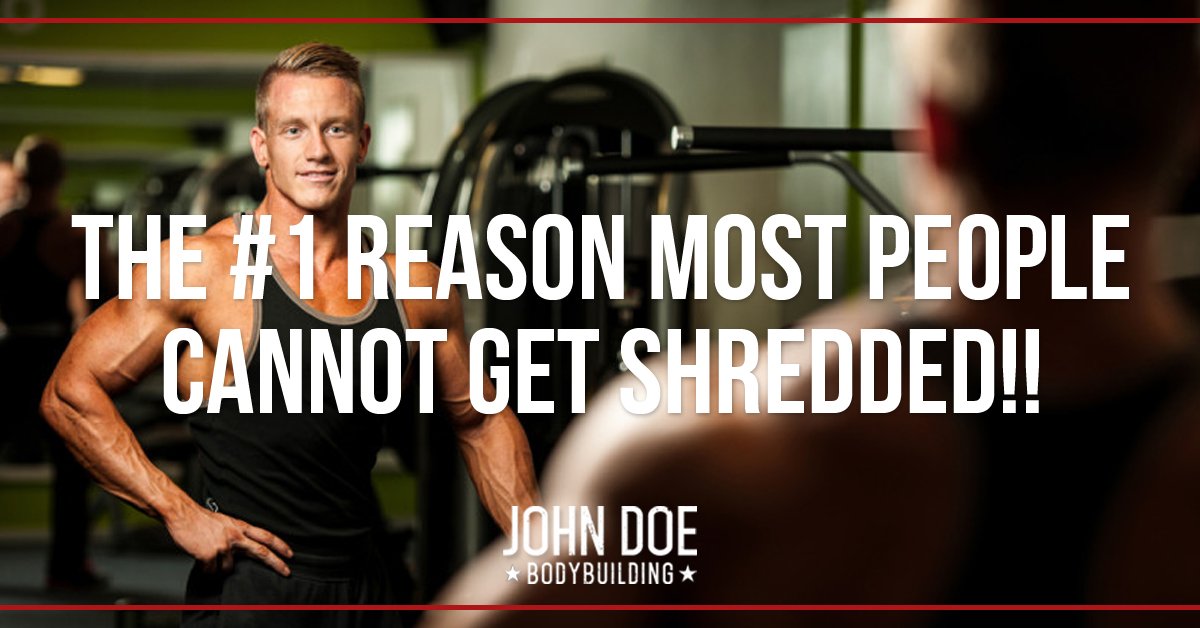 Why do we rarely see people walking around below 10% body fat? Well, because it’s extremely difficult to achieve that in the first place, and even more difficult to sustain it for a long period of time!

I have heard ridiculous claims of 3-4% body fat this and 5% body fat that over the years and most of it is all bullshit. Most men are taking an amateur bodybuilding stage somewhere around 7% body fat and some are even higher than that. I don’t think most people understand just how low 3-4% body fat really is! It’s pretty much like finding a unicorn!

Heck, I’d say that few people can fall even as low as 10% body fat because they will simply quit before they ever get there. So why do they quit? Well, it could be for any number of reasons but I’d say the biggest reasons men stop dropping body fat is because of:

All of the reasons I mentioned are common reasons that people will fall off the diet wagon, but there is a more common theme than even those concerning fat loss among a lot of experienced gym goers…

THEY CANNOT ROLL WITH THE PUNCHES OF STRENGTH LEVEL AS IT PERTAINS TO FAT LOSS!

That’s right, when strength begins to drop a lot of guys will look at themselves as smaller. They’ll not only feel smaller, they’ll see a smaller person staring back at them in the mirror. They’ll see a photo of how they look in a photo and they’ll think they look small. They’ll stop feeling like one of the stronger guys in the gym or they’ll develop an inferiority complex when they go out in public.

In all reality they’re on their way to getting a better looking physique but they’re fighting it too hard! They’re not letting the chips fall where they may and seeing it out until they are completely sliced and diced! The same happens with a lot of guys who try to grow. As soon as the appearance changes in relation to the increased food intake they throw in the towel and stop moving forward!

Do you know what this creates? This creates nothing! It makes a person do nothing but piss in the wind in terms of what they can do with their body, because they’re constantly fighting it!

It’s important to recognize why changes are happening when you’re trying to do something with your body. It’s almost like someone who is drunk, but they understand that they’re drunk. They know why they feel different than usual after they drank those 8 beers. Well, you should know why you look and feel different after you cut out carbs or dropped total caloric intake!

But it’s harder to recognize with your body and brain connection because there are more factors that come into play over a longer span of time. Things like endorphins, hormone levels, serotonin, available energy stored on the body as fat, and all of the things that create your body’s normal level of homeostasis become altered.

The more you go through with this, the more you recognize the changes and deal better with the feelings. But unfortunately, most people will just flat out quit before learning to adapt to changes. They also won’t hang in there long enough to actually see muscle definition.

Commonly, what happens in the first month of trying to get shredded is that you won’t lose a significant level of body fat over fluid weight, and although you’ll be leaner it’s not going to look like what you envisioned in your mind when you look in the mirror. Actually, even I go through this every single time I diet down!

It just hasn’t been long enough, that’s all! Now, how do you stick to it long enough? Well my friends, I cannot answer all of that in one article. Learn to roll with the punches and understand that as your diet changes it’ll directly warrant a change in training.

19 thoughts on “The #1 Reason Most People Cannot Get Shredded!”