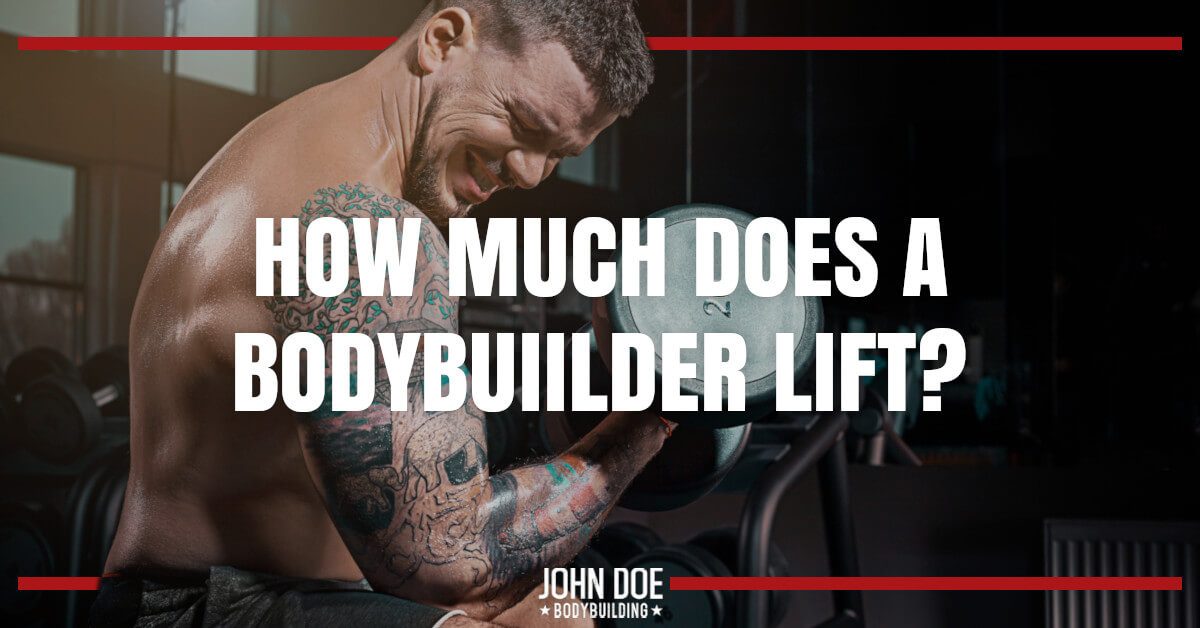 Listen, I'm not claiming to be Arnold Schwarzenegger here, I'm just writing this so some of you get an idea of the difference between a bodybuilder and a weightlifter. For years I pounded away at heavy weights, personal bests, and a bar that was bending because I ain't pretending.

It's a stupid fucking way to lift, it really is.

How many guys in your gym have arms over 18″ that are cut up? How many even have a set of guns that are over 16″ cut up? Very few I'm guessing. Do you think they have small arms because they don't curl enough? Absolutely not. They don't grow because their egos won't allow them to!

Curls – I have been there and done it, I have done alternate DB curls with 80's before for a set of 8-10. I got nothing out of that! I frequently use 35's, sometimes 20's, sometimes 15's! The heaviest I really go on those is 45's and that is if I'm feeling super strong that day. My form never suffers and every one of those reps is done extremely slow and squeezed like hell.

On leg presses I've been using 5 plates a side lately, good and slow for sets of 20. I've been as heavy as 17 plates a side before for sets of 15. You know what happened when I tried a set of 8 plates/side on hack squats? I woke up the next morning and couldn't bend my knees and had to go to the orthopedic doc to figure out WTF I did to myself.

Shoulder presses used to be done frequently with 130 lb dumbbells for solid sets of 8, right now I'm using 40's. My physique blows away the old me, because I finally started training smarter!

When you have a car that you want to make fast, you don't just push the gas pedal to the floor and race against a Ferrari. You'll never win. You have to take that car into the shop and tear it down and modify it. Drop in a bigger engine, a stronger transmission and clutch, upgraded suspension, you name it.

Backing off on those weights and training for form and squeeze is like tearing down your car and rebuilding it. My car will run with exotics any day of the week, but I rarely push it like that because I could possibly blow my engine if I do it too much. This is the difference between a weightlifter and a bodybuilder. Just know that if you're challenging yourself and you're squeezing your muscles under PROPER LOADS that you will grow.

The muscles grow through volumization and pushing nutrients to them through a pump and contractions. Do you think that 95% of bodybuilders are telling you they go for the pump because it doesn't work? Absolutely not! They know what works and it ain't your ego! These videos you see of these guys pushing crazy amounts of weight, if you were on camera and all of your competition was going to watch you, wouldn't you want to look strong too? They are no different. But I guarantee you when that camera isn't in the gym they are rarely training that way. I'd say there are a select few who may, but not most. It's just not necessary and only leads to an injury.

Get this stupid shit out of your head that you HAVE TO DO SQUATS, if the bar ain't bending you're pretending, and whatever other glutton phrases these guys come up with nowadays. If you're pushing those muscles and challenging yourself then you will get results, plain and simple!

Just because one day you do a hammer strength press instead of a bench press does not mean you cannot grow the same. Yes, there is something to be said for compound lifts, but it's not the end all-be all. You will find yourself training heavier in the beginning because you don't have the same muscle control as a seasoned guy to use those lighter weights and get the same benefit from it. But just be smart enough to recognize when you're doing enough to get the job done and when you're just being stupid.

Leave that ego at the gym door when you walk in. Of course you're going to have a bunch of idiots saying to themselves “You see, he's not that strong, it must be all steroids!” But do you think it takes more of a man to let that be his driving force in the weight room, or is it the guy who doesn't give 2 shits and does what works for him?

I'd never steer you guys wrong, train hard as hell but be smart.

17 thoughts on “How Much Does a Bodybuilder Lift?”