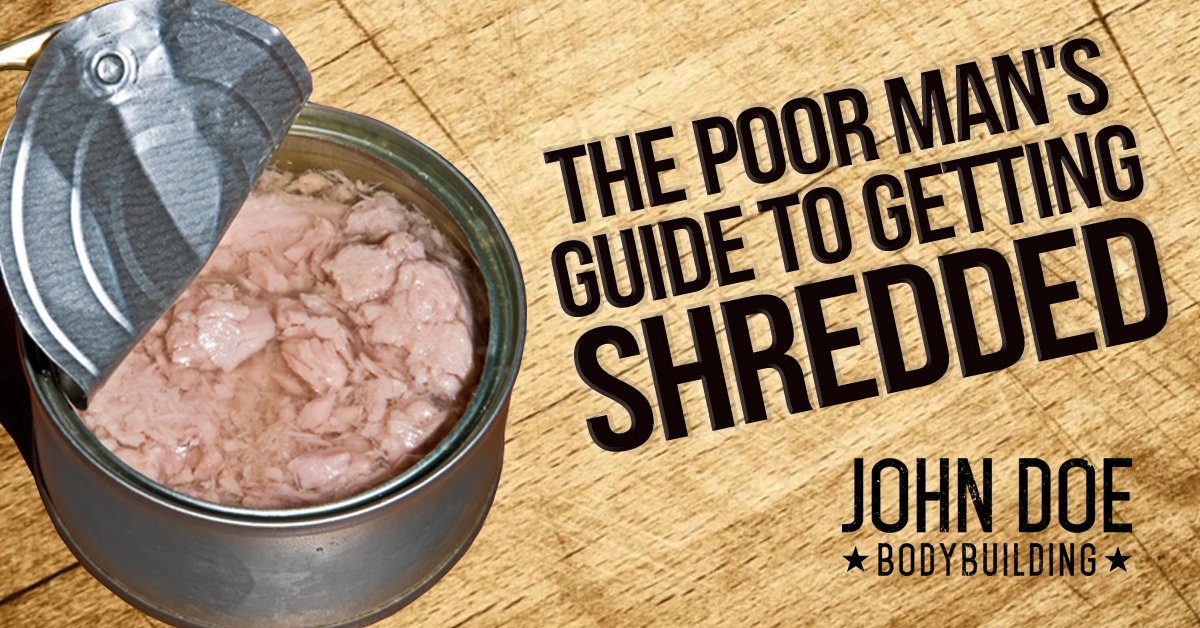 So you’re poor and you want to get shredded.

I’ve been poor before, and I can remember certain weeks where I was forced to try cutting up because I just didn’t have the money to eat a lot.

I can remember having to pretty much fast for a few days one time because I was that broke.

I can remember gathering up change in my car to try to buy a 99 cent burger from Burger King so I could have dinner that night.

Now, I have found that at times in the past I had spent more money actually dieting than I had eating more lenient.

When your bodybuilding becomes more regimented and you start keeping track of protein intake more – things can sometimes take a steep hike financially.

When you’re trying to retain all that muscle mass you will find that the quantities of food you need to eat actually become way more. More food, more feedings, but less calories overall.

There are all different kinds of ways to diet, some are easier than others and some are more effective than others. A lot of it really depends on your size and your body type.

I’m going to simply give you a realistic way to get shredded on very little money, PERIOD!

This is a diet that I came up with for 2 reasons; the first being cost and the second being simplicity.

When you are doing something over and over again day to day, it needs to be something that you can stick to.

The first thing I decided was to buy another George Foreman Grill. I used to use one of these a long time ago and it eventually tore up and had to be thrown away.

The George Foreman Grill just made sense to me because it was quick and easy, used less power than an oven, and didn’t make my house hot like an oven would.

Not to mention, it’s faster than waiting for an oven to heat up, and less of a mess than dealing with a glass dish.

It’s been extremely hot here lately and I’m sick of an oven jacking my house temperature up.

So I picked up the basic George Foreman Classic 2-serving grill. 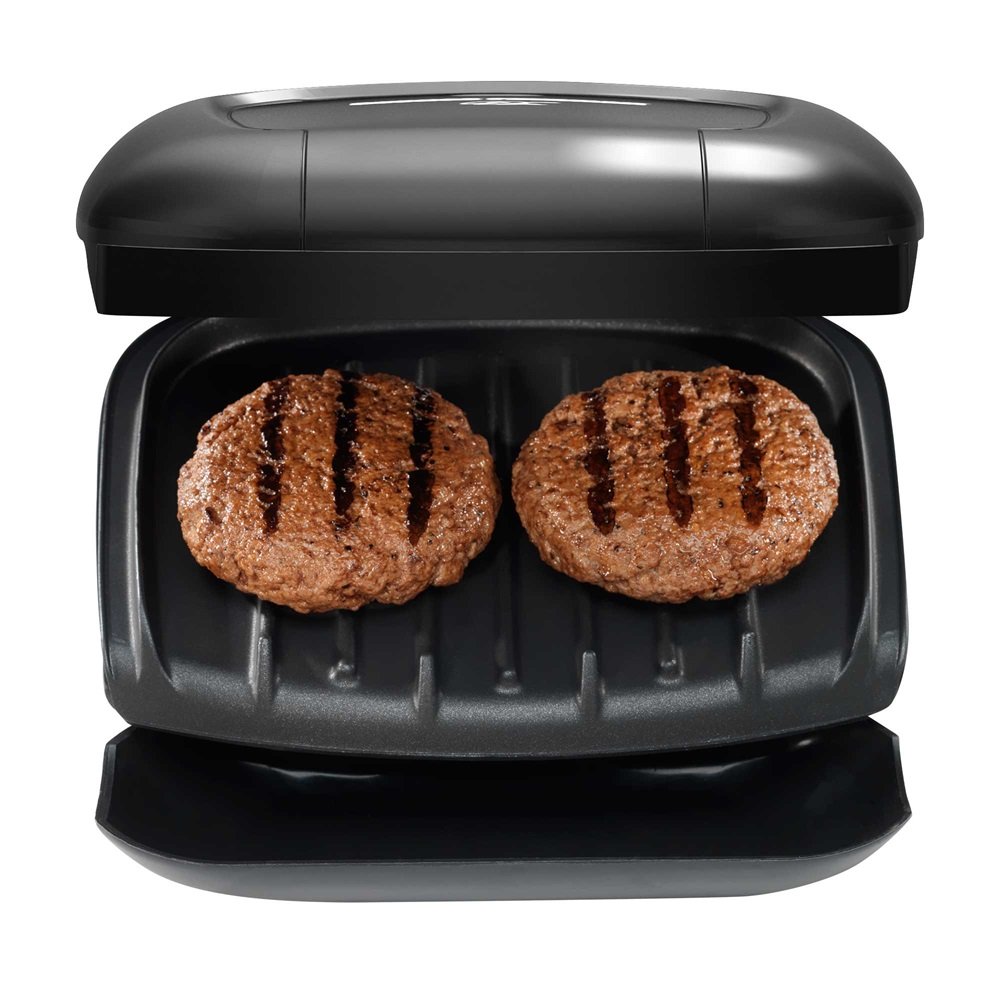 The next thing I decided to do was to take an old school approach to dieting.

I was going to hit a diet similar to what bodybuilders back in the 1970’s did, before the days of a microwave and other common luxuries of today.

The sad part to me is these guys had such excellent physiques back then, with half of the conveniences we have now, and hardly any supplements.

I think at the end of the day it’s just hard work!

So what would my approach be to the “Old School” way of dieting and getting shredded?

Well, for starters I was going to begin cutting carbs again and incorporating more fats into my diet. This would work for me because I hadn’t done it in awhile.

So I wasn’t going to shy away from things like a few slices of bacon with breakfast, whole eggs, sausage links, and cottage cheese. Because the cost of meat is expensive, I would do 2 cans of tuna fish for one of my meals rather than a fish fillet or a chicken breast.

Not to mention, cans of tuna do not need to be heated up, and if I got sick of it then I’d throw it on a salad with a little dressing such as balsamic vinaigrette. Fruit is also something else that I’d incorporate into the diet, since it was cheap and easy, and didn’t need any prep work.

So basically the only real prep of the diet was cooking my breakfast and then cooking my serving of meat on the George Foreman grill in the evening. Because I was only eating meat once/day then larger portions were perfectly acceptable. Basically I eat as much meat as I can fit onto the 2 burger grill at one sitting.

This diet is pretty much an affordable, old school way of doing things.

Sometimes it’s easier for me to buy my food just for that day, or a couple days at best. It’s easier to figure up exactly how much I need to eat, and sometimes it keeps me from overspending.

So here is a typical days shopping list when I’m eating on the old school cutting diet.

That is probably about $30 – $40 right there, but most of what is on that list will last me a few days, other than the meat.

Those 5 meals would just be an example of something I may do on a random day while I’m doing the old school cutting diet.

I would try keeping my cheat meals to 1 time week.

I do not freak out over eating EVERY SINGLE 2-3 HOURS! If I have to go 4 or 5 hours between meals then big fucking deal.

I no longer obsess over shit like that and guess what? It sure hasn’t hurt my build any!

One other thing I would suggest getting, especially if you’re a college kid or living the dormitory life, is one of those single burner hot plates that plug directly into a wall.

Hot plates are great because they allows you to boil things, such as hard boiled eggs or the occasional batch of rice or boiled potatoes for when you want to carb back up a little in case you are going flat. 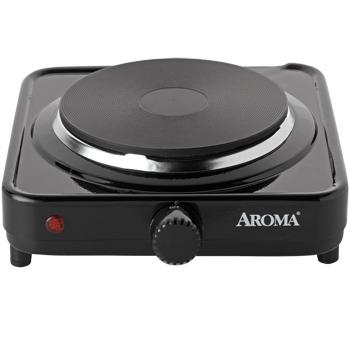 Hot plates basically look like a single burner off a stove they plug in to any 110 watt plug.

Just because you don’t have a kitchen doesn’t mean you cannot totally kick ass and get your nutrition in, no matter where you are!

If you’re financially strapped then so be it, sometimes we have to go through some shit in life to get to a better place. If you can make the sacrifices necessary to do this then I’m sure you can be pretty successful at almost anything else you’re working on in life!

Drop this idea that everything in your life has to be comfortable! I’m so sick of hearing everyone’s bullshit about how hard life is for them. This is tough for anybody, it’s tough for me too!

Everywhere I go now I have to listen to someone crying about a bad back from a shitty mattress, some stupid food allergy that is most likely a figment of their fucking imagination, or a back injury that they completely avoid rather than working through it and fixing the problem.

Human beings were not made to have a hardship and be forever condemned to a life of getting fucked in the ass!

Maybe somewhere along the way we got weak?

Yea, I think maybe so

Anyways, sometimes this is how I diet, straight up old school

And since I’m a fan of old school bodybuilding then why not right?

Let’s keep it real here and stick to the roots of preparation and hard work!

21 thoughts on “The Poor Man’s Guide to Getting Shredded”