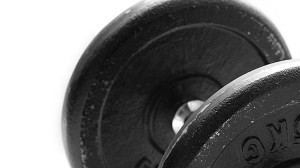 There is always going to come a time when you get bored with a routine. After being in the gym for close to 20 years it's hard for me to do something new, because I've pretty much done it all by now.

So I was walking into the gym the other evening and that is when I got the idea for this article. I knew I needed to change it up, and not just my workouts, my diet and a couple other hangups as well.

For starters I quit drinking caffeine before the workout and replaced it with a Gatorade DURING the workout. I've grown sick and tired of relying on caffeine during the day and thinking I need coffee in order to get to the gym. Not to mention my sleep has been getting worse and I know it's because of caffeine.

So I've kept my morning cup of coffee but dropped my afternoon cup. I changed my workout time to late evening after my body has had plenty of food and energy during the day. Immediately I was stronger. I have been training in the morning for the past 9 years straight, a change in time couldn't hurt.

Not to mention, the gym isn't crowded in the later part of the evening. That is good for this routine because you need to be able to get to a few different things without waiting around.

For some reason, even though there isn't any rest between sets, when you think of the set as 10 + 10 + 10, it doesn't seem as bad as “I have to do 30 reps.” Next I did a bent over row only I used the smith machine. You stand next to the bar and grab it in the middle with your body parallel to the bar, and row it like you would a dumbbell. You can really get a good squeeze and a super crazy range of motion since you're just pulling and not balancing.

Then I immediately did a set of hyperextensions for my lower back, followed immediately by a set of shrugs. 10 reps of each for a tri-set. DONE, workout DONE!! Probably took me 25-30 minutes max, super intense, and my back was sore as hell today. I hit the sauna for 20 minutes afterwards, and last night I slept like a rock. I think dropping that caffeine during the second part of my day made a huge difference in my sleep.

HOWEVER, after you complete a round of the 3 exercises it's OK to take 2-3 minutes to rest before your next tri-set. I ran through this about 3 or 4 times. I then hit 5 sets of situps and 5 sets of hanging leg raises, DONE. 30 minutes if that, and I was done. Some guy tried talking to me about some current event on the news, I immediately cut it short and threw my headphones back on. I don't want to hear that shit, I'm in there to train, not to hear about how fucked up the world is.

I really enjoy training this way, and I seem to look much more pumped up after the workouts now. I think I will continue to train like this for awhile. As for the diet, I've switched to about a 80% Paleo diet. I pretty much only eat meat, greens, and apples, yams, and squash for my carbs. I don't really count the calories, I just eat when I'm hungry, but I eat natural. The exception is I still do a couple protein drinks a day for convenience.

As you guy's may already know, a lot of what I write is based on something I'm doing at a given time myself. So here is a simplified list of what to do to change it up and try to kick-start some new growth or improve your conditioning.

1.) Cut out pre-workout drinks and drink a Gatorade during the lift instead

2.) Eat when hungry, no limit, but eat natural. nothing processed

4.) Change your workout time and go when the gym is dead

7.) Perform cardio at least 1 day a week outdoors instead of in the gym