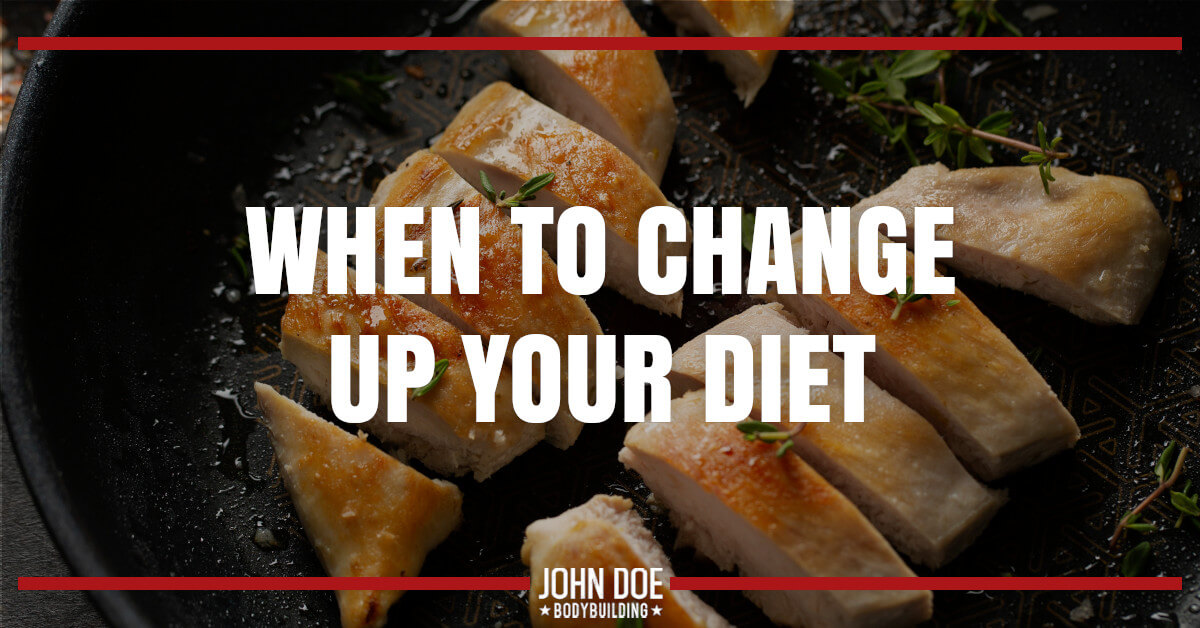 I'm going to go beyond what most internet sites and basic research will tell you about this topic. This is something most people will never need to be concerned with, but something a bodybuilder or very lean person should be aware of.

When most people think of the word “diet” they think of a set number of weeks to lose a few pounds or get in shape. They rarely think of a diet as something constant to maintain a lean physique 24/7/365. I'm a product of someone who never stops dieting. I had figured I had gained all the mass I was going to gain a long time ago, so then I focused on carving up the diamond… constantly.

There are downfalls to doing this for extended periods of time. I'm not talking about a 12 week diet here, I'm talking about eating very strict for months and years. The first downfall to this is your body gets used to diet foods, it doesn't process and handle these foods the same way it did in the beginning.

The second downside is if your nutrient ratios are off from a typical balanced diet (to put it simply, the food pyramid) for too long then your body will stop processing foods at #1- the same rate or #2- faster, or #3- slower.

Your metabolism can slow down or in rare cases it will actually speed up too much, to the point it doesn't process foods to its full potential. In some extreme cases you can develop what's called “the dumping syndrome” where everything you put in just gets wasted and digested out, the intestines no longer absorb the foods.

This is more common after bypass surgery, but it can potentially happen with people who have over-dieted for long periods of time. If you're going to the bathroom constantly and you're taking in little calories, it's time to start getting concerned. This may be more than what you think is your metabolism speeding up.  I never really stopped dieting after my competition back in '09, my focus has been staying lean all the time.

As you may have read from a couple of my other posts, I was recently diagnosed as a diabetic, with an A1C of 10.7, and a fasting glucose of high 300's. I was in shock, because I have always eaten healthy and exercised! Well after talking to a friend who is a dietitian, we both came to a strange conclusion of how this may have happened.

She said that I may have been eating too little for too long, and my body was fighting back by my liver dumping excess glucose into the bloodstream. I had been intermittent fasting for awhile, and working out first thing in the morning on an empty stomach. So when I cut my food intake off at 8-9 pm the night prior, worked out and didn't eat until lunchtime, this is what happened; I was going so long without carbohydrates that my liver tried to compensate by dumping glucose into my system.

So after the workout when most people's blood sugar is low, mine was high. Then to add fuel to the fire I'd cram about 400-500 grams of carbs in between noon and 8 or 9pm that night. So I was dumping too many carbs into a short window. To make it even worse, my fat intake was almost non-existent, so nothing was slowing down the metabolism of the carbohydrates, it got to the point I was ridding myself of them as fast as I could put them in.

So now I'm actually lowering my blood sugar by eating more, and more often. Doctors would never tell someone to do that, they immediately want them on a carb deprived diet, but in my case that is the worst thing I could do. Right now I am better off eating a double cheeseburger than a bowl of rice, and I'm not joking here.

“Starving” for some people is under 1000 cals/day, for other people it's less than 3,000/day. I'm one of those people. I was eating far too little on under 3,000/day and I now realize I just work out too hard to eat that little.

This brings me to my next point. Veteran bodybuilders WILL NEVER operate on a normal person's diet nor caloric requirements. You can forget about going back to “a normal life” because it's just not going to fucking happen. Years and years in the gym and eating causes a physiologic change in your body. It's almost like a gene mutation or something, and operating like your average person is just not going to physically happen for you.

So yes, in many cases even 2-3,000 cals a day is starving you. It can fuck you up if done for too long, not to mention leaving you constantly tired, irritable, and basically a walking zombie. So sometimes the answer is getting off the strict diet, letting your body get back to recovery and in a state it can function better in.  As bodybuilders we are constantly fighting fatigue, always trying to recover and regenerate.

Now, for most “balanced people” who exercise this will never be the case. For starters, most of your normal gym goers will never have the discipline to get in good shape period, let alone take their diet and training to the shape it got me in with hyperglycemia.

Second off, there are some that walk around as gods amongst men, that in a past life would have probably been a Viking or Spartan warrior or something. I'm one of those type, and this is the type I'm talking about here in this post. I urge any of you who have been dieting for months and months or even several years like myself, get off the diet. Maybe not totally off the diet, but instead of going 95% all the time, maybe go 70% for awhile.  Instead of going hungry all the time, eat your meals until you feel physically full.

My next post will lay out a sample diet for you, one that I'm doing myself at the moment.

Until then… train hard!

7 thoughts on “When to Change Up Your Diet”