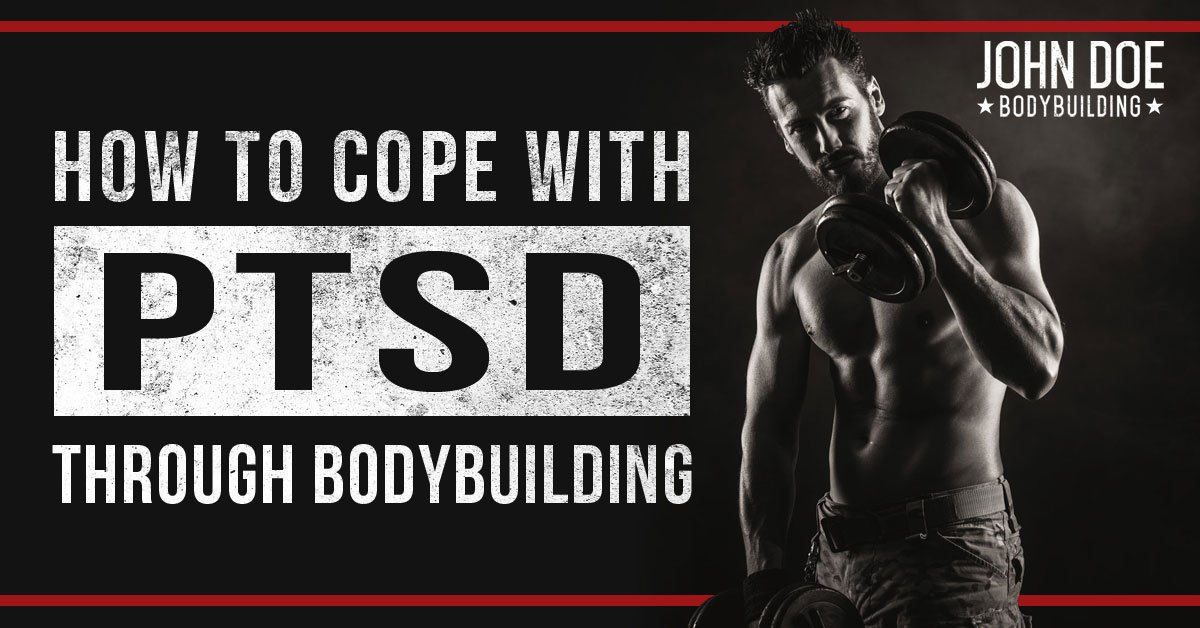 As most of you probably know by now, PTSD (Post Traumatic Stress Disorder) is a very common thing nowadays, especially among people who have experienced suffering and dying around them, or even people in stressful situations where the shit can hit the fan at any given time.

PTSD is most commonly known among military and ex-military who have experienced combat situations. But traumatic stress can happen to anyone. It can happen to someone who walks in on a loved one who is dead, someone who lost a child, a woman who was assaulted, pretty much anyone who has gone through something that has rewired their brain.

What real PTSD does is causes a neuron issue in the brain that makes it so the brain does not fire the same way it used to. It gets sidetracked or caught up on a certain emotion that directly correlated with a specific event or string of circumstances. Many people with PTSD don’t even know they have it, and if they do they’re ashamed to tell anyone they may have a problem.

What scientists have discovered about the human brain and body is that every emotion is related to a physical component and vice versa. Therefore if you can improve yourself in either of the two areas, the body works as an entire unit to operate on a much better level.

This is perfectly evident when you simply take a look at society. People who are out of shape usually have a lower sense of well-being and self esteem, and people who are mentally ill can end up out of shape pretty fast. The 2 issues go hand in hand.

What I have learned is that by improving one of these areas, you can help the other area catch up to speed. No clinical psychologist knows EXACTLY how to treat PTSD, if they did then people wouldn’t need to constantly make appointments to talk to these professionals.

The problem with some of the medications prescribed for PTSD is that they may be helping you in one area but hindering you in another. Then you get into this constant roller-coaster of adjusting dosages, changing medications, and continuing to try to solve the root of the problem through trial and error.

PTSD isn’t just limited to pictures and emotions that you can’t get out of your mind. What’s more common than that is the inability to focus, sit still, and feel like you’re operating at a steady pace during the day.

A lot of PTSD side effects include constant highs and lows throughout the day, trouble sleeping (whether it’s falling asleep or staying asleep) and irritability that seems to come out of nowhere and hits all of a sudden. This creates stress and stress is the #1 killer there is!

Why is bodybuilding such a good way to cope with PTSD? Well I can give you a list of reasons why and I will…

Bodybuilding creates an environment where you can “get it out of you.” Emotional issues such as depression, aggression, irritability, restlessness, and thoughts that you may not be able to get out of your mind can be dealt with or lost through intense exercise. In return, the intense exercise builds up the body and then directly provides a positive mental feedback.

Neurons that are cross-wired and do not operate in the same path they once did before PTSD start to flow more regularly when you’re bodybuilding. Remember, all mental and physical elements are related to one another! By providing a positive physical element in life the emotional issues become easier to deal with.

You may also find it easier to sleep at night and your brain becomes more relaxed in the evening from exercising. A lot of people with PTSD are just as physically tired as the next person but their brain won’t slow down enough to relax when they should be relaxing.

The biggest issue for a person with a mild to severe case of PTSD is getting started. It’s more difficult to begin this process when you’re depressed and it’s very similar for out of shape people as well. In a lot of cases the stress can also cause hormone imbalances that make it harder at first to “get up and go.”

The first few weeks of bodybuilding will be the most difficult because you may not have that same drive that someone else would. You may have to force yourself to go through it at first.

Here is something else that many people don’t take into consideration when dealing with PTSD. Some of the ones with stress disorder feel the most comfortable when there is action going on. Take a guy who was in the military for 20 years and served 4 tours for example; that person has spent a decent amount of time in a fight or flight mode.

Now, take that same individual and put him back into civilian life. Everything is slower, they don’t have to watch their back like they used to, and nothing is going to pop off at any given moment. Some people may not understand this, but it’s difficult for some to get used to this way of life again.

In the gym you can make your own war. You can come at it with as little or as much intensity as you’re feeling that day. You can put yourself in a situation where mentally you provide the stimulus of your back being against a wall and you can come out swinging. When it’s all said and done you’re relaxed, both physically and mentally.

Chemicals such as dopamine and serotonin (the feel good chemicals in your body) once again get released at adequate levels and the rest of the day is easier to deal with.

This may sound funny to some of you, but if I’m out of the gym too long I start to go crazy. I mean I LITERALLY begin to go crazy like a drug addict who needs his next high. I get restless, irritable, and the only thing on my mind is getting back in there to kill some iron!

I’m assuming years and years of providing myself this mental stimulus through physical exertion is the cause of why this happens to me.

I’m not coming on here and saying that once you start bodybuilding your issues will all go away, but they can certainly become more manageable! You may find that you can taper down on some medications and that you’re a more pleasant person to be around. Not to mention, bodybuilding is 24/7, it’s in the nutrition and in the training.

Because it’s a 24/7 ordeal, this gives you something to focus on. Rather than sitting around depressed you’re constantly moving forward to better yourself! Once you do this for long enough it becomes a part of you, it’s in your blood!

Nobody you talk to can take mental images out of your head, once they’re there, they’re there to stay. However, through enough positive focus and effort we can reduce how often these images pop into our minds.

A psychologists job is to help you cope with your issues, and one way they do this is by listening to you get things off your chest that are bothering you. But just getting something off your chest doesn’t erase it from your mind. Bodybuilding can help you put those issues on the back burner and begin living with more positive thoughts and efforts.

DO NOT WAIT TO BECOME SOMEONE GREAT, DO IT NOW!

You can start bettering your situation right now. I don’t care if it’s hitting the ground right now to knock out some push-ups, throwing all of the junk out of your cupboards and into the trash and going grocery shopping, or prepping meals for the next couple of days to try and start eating healthier, you can start doing this RIGHT FUCKING NOW! Not tomorrow… not next week… NOW!

The time is never going to be just right, the time to get your ass into gear is RIGHT NOW! I urge anyone with PTSD or any other form of depression to begin something positive RIGHT NOW… WITH YOUR OWN 2 HANDS!

Nobody, and I mean nobody was put on this earth to live mediocre. The clock is ticking, and the last time I checked time seems to go by faster as we get older. Stop waiting around for things to happen and make them happen!

Nothing just happens unless we make it happen. Use bodybuilding as your weapon, as your ladder to crawl out of the living hell that you’ve fallen into!

While the world may not make sense to you right now and you question things that have happened in your life, when it may feel like nobody understands or is willing to listen to you, JDB is ALWAYS here for you.

The past is the past, you have done what you were made to do.

God didn’t put you through anything he knew you couldn’t handle, so my advice is to handle that shit and go grab some fucking weights!

15 thoughts on “How to Cope With Post Traumatic Stress Disorder”