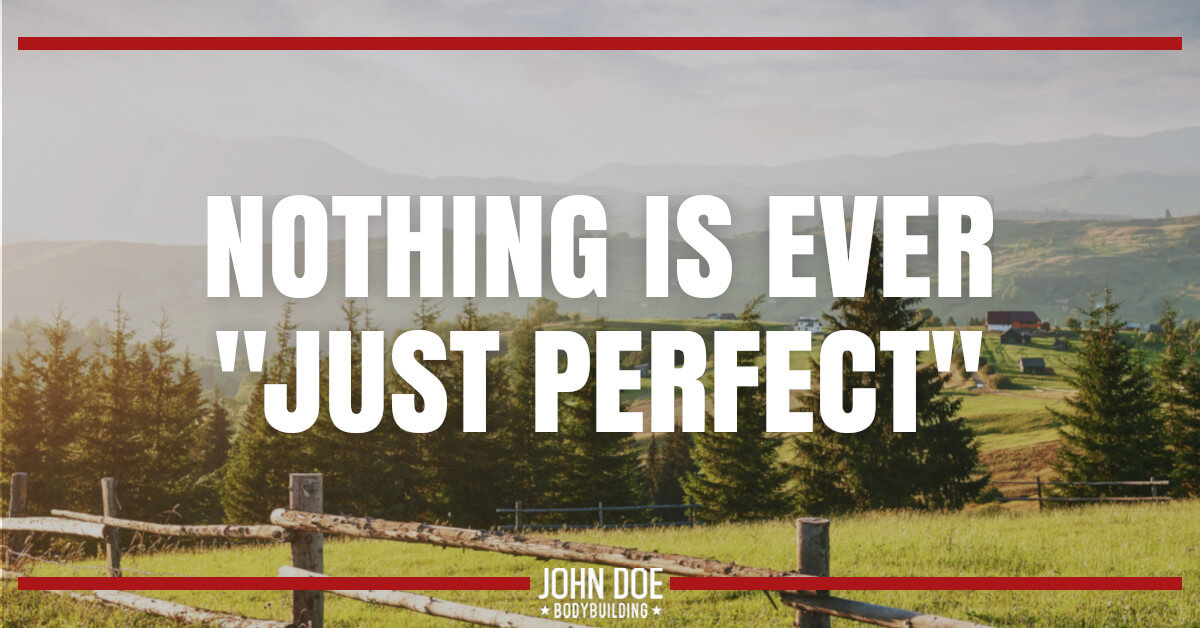 You know, the more I walk around and listen to people, the more I realize that as a society we have grown accustomed to having everything lined up before we pursue a damn thing.

There are certain things in life we have to step up to and just do. If you fail you fail, you just need to pick yourself up off the fucking ground and go at it harder. In order to grow in life you have to feel uncomfortable. You need to take yourself out of that level of comfort and get the ball rolling.

Once you get into a new position what once was uncomfortable has now become your new level of comfort because you’ve adapted to a higher standard. Next you take yourself out of that level and so on and so forth. This is what separates success from failure. It's not giving a fuck and diving in head first no matter what the outcome. And it's not always knowledge that determines success or not, it's work ethic and perseverance.

I know a guy who makes a ton of money and he missed all of middle school and some of high school. The guy will get excited about a new idea, research the hell out of it and start a business. Then when he gets bored he takes on a new challenge and starts another one. This same guy calls me up all the time asking me math questions or how to spell something properly (which as you can tell I’m no scholar, if that tells you anything).

This same guy walks around in baggy t-shirts he buys at Walmart and black combat boots. If you saw this guy you would have no idea what kind of money he makes. And you definitely wouldn’t expect this guy to get into his BMW M6 or his custom Hummer H-1. But this guy has the ability to break out of a comfort level constantly and endure new stress on a regular basis, which is why he is so successful.

So what does any of this have to do with the gym? Well, it's no different! How many people are waking up at 4:45 am and slamming a coffee to get to the gym by 5:15am? Hardly anybody! But these same people that don't are the ones bitching and whining about time constraints.

How many people in the gym actually have a good back? It's rare, you know why? Because things like pull-ups, dead lifts, bent over rows, and T-bar rows take people out of their comfort level. We live in this era of these pansy bitch-made fucks who need everything to feel “just right” before they partake in something. And don't let them run out of Jack3d or NO Xplode, or whatever else they feel like they absolutely need in order to get to the gym.

If you want to waste money on that shit then be my guest, personally I just drink coffee but God forbid I don't have it and have to rely on myself and willpower that day, LOL. So just ask yourself, are you not getting the results you want because you're a pussy? Do you need everything “just right” in life to do anything. I mean God forbid the swimming pool is 76 degrees and not 80, your car is an 06 instead of a 2012, your outfit for the big company party came from a consignment store and not Hugo Boss.

Take a look around you, everybody acts the same damn way. Everybody needs the same clothes, the same phone, the same type of car, the same fucking workout time of 5:30 pm, the same pre-workout supplements, the same lame ass TV shows. That same guy telling you he couldn’t make it to the gym this week can tell you everything that happened on that dumb ass show “Duck Dynasty.”

So this is what the world has come to right? People who do nothing more than sit around and watch someone else’s lift! And what is so fucking bad now, is they are watching someone else who has no life also. The only difference is their “no life” is publicized and under a camera. Wow, real exciting life. So break out of that comfort zone and get it on! Who gives a fuck if it's 5 am and the word is asleep and its dark. Get off your ass and get to it. If breakfast comes after the gym so what, just train, you’ll burn more fat this way anyways.

Break out of that comfort zone already, ask a new girl out every single fucking day until you have one, make your workout the most brutal thing anyone is doing in the gym, take on a new endeavor, take on a new task at work or work towards becoming a supervisor and not a bottom feeder bitch boy.

I need to end this post now, I’ve been sitting for too long and it's starting to get comfortable!

3 thoughts on “Nothing is Ever “Just Perfect””