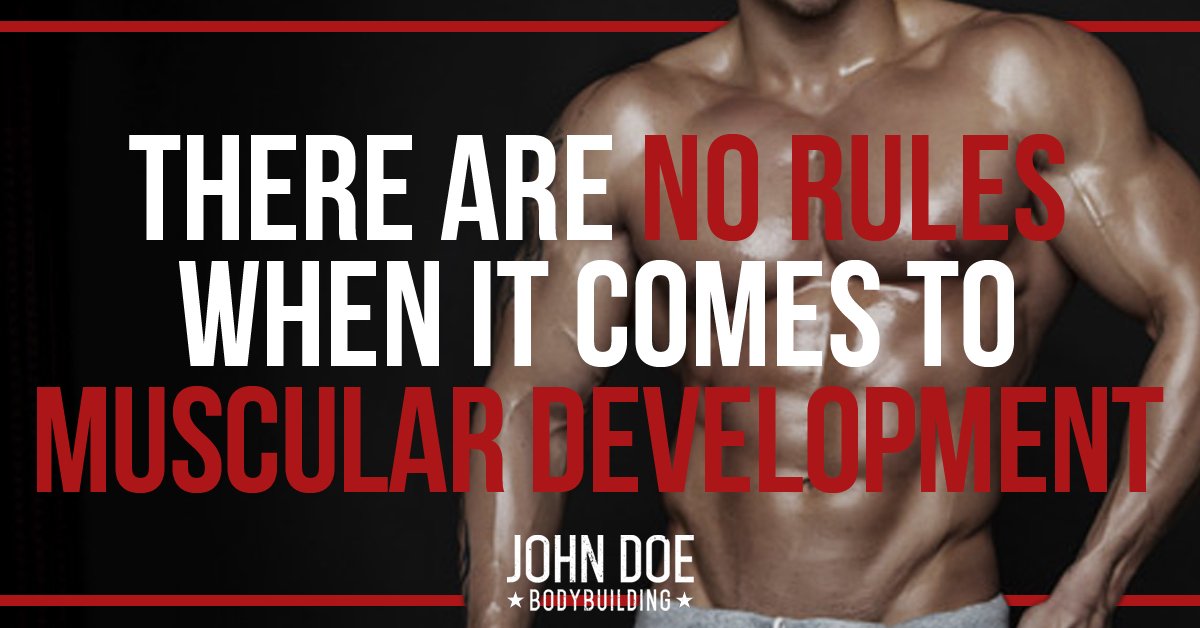 Bodybuilding is more common nowadays than it used to be. There are more resources available, yet it’s become over-complicated. There are so many different training styles and diets, yet bodybuilding is commonly classified as either a bulking or cutting phase.

While I understand it’s hard to build muscle and lose fat at the same time, there is mass confusion between taking up space and actual development.

For example, why would someone pack on 20 lbs if their arms are still the same size? Most guys who are between 200 – 300 lbs are not necessarily carrying 20 – 50 lbs more muscle than someone who weighs less.

Yes, there are exceptions, but there is only so much muscle tissue you’re going to carry until you start taking EXTREME MEASURES. These are things 95% of bodybuilders aren’t going to do.

I don’t mean moderate steroid use here, I’m talking about thousands upon thousands of dollars to add 20 – 30 lbs more lean muscle to your body than most veteran trainers.

When you start walking around at a lean 250 lbs, it’s a whole new level. What it takes to maintain that is more than most people are willing to spend or go through. I’m not talking about the difference between 150 – 200 lbs here. I’m talking about well beyond that.

What most people do is pack on shit weight and call it muscle. But they’re lying to themselves because once they cut the fat, they’re left with the same lean mass anyone else would have that didn’t go to ridiculous measures.

This is where the confusion sets in between packing on weight and calling it muscle, and actual muscular development. There are also these rules when it comes to gaining size or losing body fat.

A lot of guys trying to gain size won’t include push-ups or pull-ups in their routines because it’s been drilled into their heads that these aren’t for muscular individuals, but more for “toned” guys who have thinner cross-fit type bodies.

It’s more common to see someone who is trying to gain size stick to heavier lifts, skip out on exercises they deem useless, and go through the same motions as other guys who’ve had the same principles pounded into their heads.

If there is any secret to training for development, it’s this; stick a dick in your ear and fuck what you heard! There are no rules. And if you have rules, lose them and open your mind.

It all works. If you’re challenging yourself and pushing your boundaries, you’re going to get results! Intensity is the key here and it’s more critical than the motions.

While I don’t believe in sticking nothing but isolation movements into a routine, I also don’t believe that substituting an exercise for something that everyone has always done is going to inhibit you.

We all know that heavy compound movements build muscle fast. But this doesn’t mean that other movements don’t work. How can something be useless if you’re challenging yourself and working a muscle?

Compound movements involve more muscle groups, but other movements that you put intensity into are still going to get your body to respond.

I don’t believe in low reps for building and high reps for cutting. I believe in changing it up to keep my body guessing and not relying on one training method.

I’ll do low reps and high reps, freeweights and machines, and bodyweight movements in my routines. It’s common for me to throw something crazy in the middle of a workout and then work on something that most people do to begin their workout.

For example, I might do 3-4 sets of incline dumbell presses, then do push-ups for 5 minutes straight, and then finish with a 5 x 5 scheme of heavy flat presses (or as heavy as I’m able to go being pre-exhausted from push-ups).

Most guys won’t train this way. They look at push-ups as a taxing exercise that dips into their strength on a flat press. I say, pull whatever you have left, forget you ever did the push-ups before the flat presses and bang those fuckers as hard as you can!

There are no rules in the gym. That’s my mentality.

“Don’t train arms the day after back.” “Don’t train shoulders the day before chest.” “Don’t eat food after a workout, drink a shake.” Stupid fucking rules!

Do you want to know when my body really started to take off? It’s when I stopped listening to all the rules and started treating each training day like it was a new day. I stopped letting my mind play tricks on me and would bust ass every workout.

Forget everything you did before! It’s a new day and you’re in the gym to annihilate! I’m willing to bet that you train better if you think this way.

If you were a Spartan warrior and went into battle, would you think about the cut on your arm from the last guy you fought? No, because you’d lose focus on cutting the head off the guy who was in your way!

Each day in the gym is the next warrior you’re fighting. Stop playing by the rules, forget about your wounds and CUT THE NEXT GUY’S FUCKING HEAD OFF!

To learn my latest 10 tips for supercharging your physique development, click here.