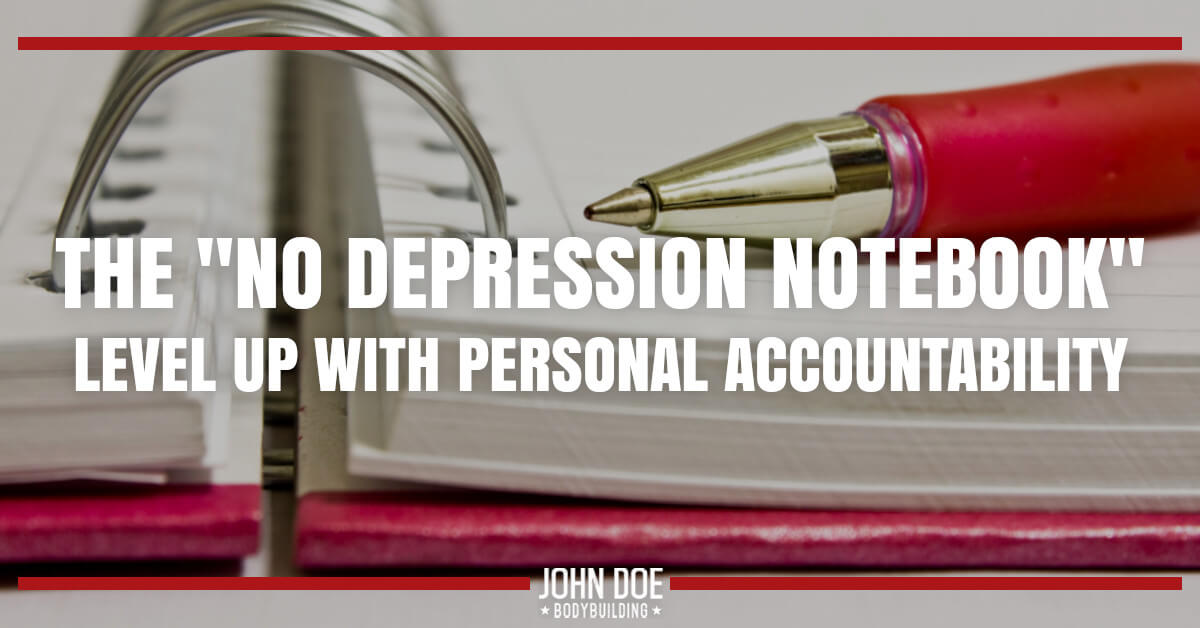 OK, let's get one thing straight here: I'm not perfect by any means. Yes, my physique is pretty good, but is everything in my life straightened out? Hell no! Come on, whose is?

I'm going to admit my biggest downfall to all of you right now. I have trouble looking at my life the same way I try accomplishing things with my body. For years and years I've had trouble getting the ball rolling on the most ridiculously easy shit. Some of the stuff I view as a challenge is so stupid.

For example, I've had this watch I bought about 6 months ago, and the thing is an absolute pain in the ass to set up. It's one of those world time watches that has a bunch of other features I'll probably never use, but it looked pretty bad ass so I bought it. When daylight savings time rolled around it got fucked up and I had to try to reset it. I had someone else set it up for me when I got it, because the thing just seemed too complicated for me. Actually, let me rephrase that…I could have done it, but my patience wouldn't allow me to.

This retarded watch sat around in my bedroom for a while because I never took the time to mess with it and figure it out. Finally I couldn't take it anymore and got into it last night, and figured the stupid thing out. It took me roughly an hour and 2 YouTube videos on setting it, but I had figured it out. The first video was some 7-8 year old child showing me how to set up the watch, which honestly pissed me off more (in my defense, he was Asian though!). Anyways, this dumb little watch was eating at me each time I saw it there in the bedroom. It just got to the point where I was fed up and was not going to let a wristwatch defeat me.

I'm sure you may have objects in your path that are hard for you to move as well. It may be anything from making money, paying your bills on time, fixing something, exercising, talking to women, getting a better job…it could be anything. Maybe you're like me and there are a couple things in life that come so naturally, but you cannot seem to zero in on other things that would improve your life.

I'm going to share with you something I came up with to help me move forward, and I call this the “No depression notebook”.

The “No depression notebook” is for people who walk around feeling like they can be much better and perform at a much higher level in life. Part of this constant depression most of us seem to get isn't hormones at all, it's a lack of accomplishment. People like to feel like they're winning, and for those who cannot get that feeling from working out, they will get it from someplace else. It's really all relative and I'm going to explain here.

Maybe winning for a 20 year old guy is scoring some hot ass where winning for a 40 year old woman is a meaningful conversation over a glass of wine. Winning may mean a purchase of a new vehicle, home, phone, clothes, etc. You see, it was usually never the product that drove someone to purchase it, it was the emotions. For your average person who does not exercise, winning comes in many other forms and many of those have a price tag. As a bodybuilder, maybe it's easier to see through material garbage since I have many feelings of winning when I'm in the gym and this is probably more regular.

So I sat down and I tried to think of a way to better myself in a manageable way and hold myself accountable. I knew I had to go at it like I do with the gym, because my mind didn't want to see it the same way most people would. So I thought of this notebook. In this notebook you mark down 10 progressive things you did for the day. Anything outside of the ordinary or anything positive you need to jot down and put a check mark next to it.

For myself I started small.  Believe me, some of them sound downright stupid. I've written down stuff like: only 1 cup of coffee not 2, paid this bill early, washed car. Basically anything positive that you did outside of the ordinary you need to jot down and check off. Some positive things that you could write down are: complimented a girl on her hair today, cleaned out my car, fixed the hot water heater, paid bill early, no tobacco products, fixed leak in tire, etc.

Think about how you approach bodybuilding. You know it's not going to happen overnight, right? You make tiny little goals and you hit those, and then you make new goals. By the time you start hitting really big goals they just don't seem that big, because you took the steps to get there and took the overwhelming aspect completely out of it.

Life is no different! The problem with myself was I just couldn't see it like I saw the gym, but hitting the small goals and checking them of is working. If you consistently write things down in your notebook you're probably going to see a pattern. You may see “talked to this girl” about 20 times a week in your notebook. Well, that would tell me that you're getting pretty damn good at that and maybe that is more natural for you than paying your bills on time. So my advice would be to go straight to bills next time.

The more you do these things on a regular basis, then the less challenging they will become, and the less stress you'll live with. Another check mark category that would be a good one to focus on would be “making extra money outside of work”. I don't care if it's only $5, I want you to focus on something that brought you in extra money that day, even if this is only in your notebook once every couple weeks!

When you start going through this notebook you're going to see certain things more often than others. Those that are the most infrequent are those that need more of your attention. If you go to the gym and never train your chest, do you expect to just bench press 400 lbs? No. That would be absolutely stupid right? It would make zero sense to have never trained your chest and think you could bench press weight like that.

This analogy is true in life as well. How can you level up in life if you're not putting anything into it?

You may get sick and tired of logging things in a notebook everyday. Maybe you will start to feel…regimented? Well, you know how most guys have a cheat day or a meal once a week on their diet? You get a cheat day once a week on the notebook. Take 1 day a week and forget about it. Just have fun that day and don't worry about anything else.

I know this may sound dumb to some of the readers, but it's been working for me. It's motivating me to start moving on in other areas of life. Nobody is perfect, but we can always get pretty close to it if we try.

Until next time, train hard!

7 thoughts on “The “No Depression Notebook”: Level Up with Personal Accountability”