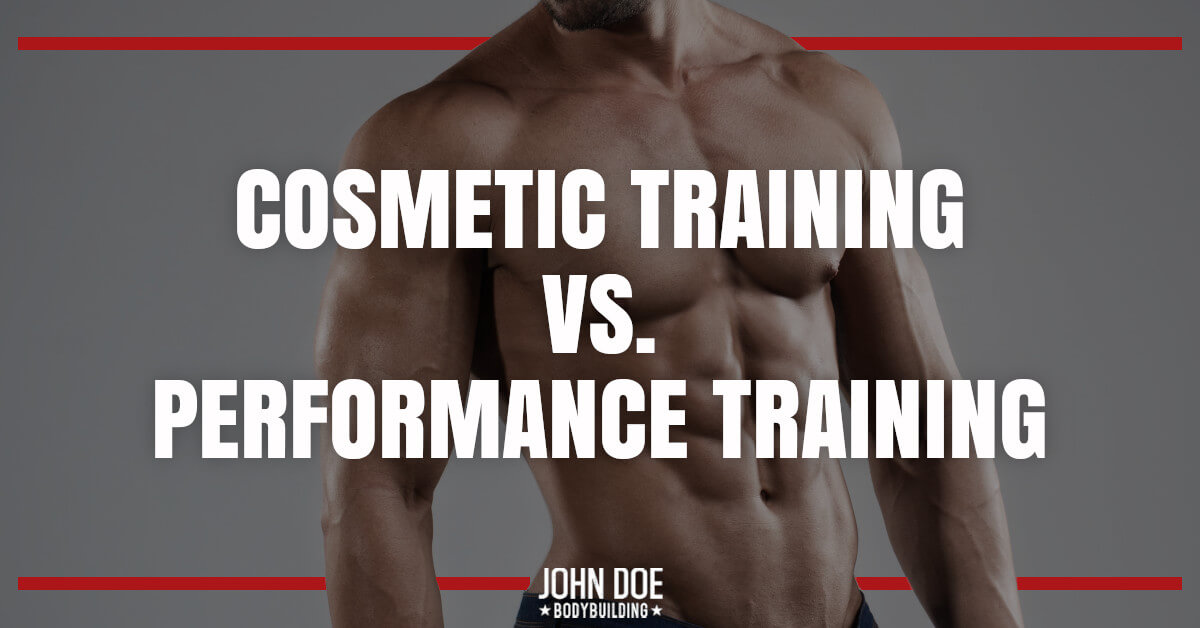 Most of the time I’m training for ripped up abs, striated delts and pecs, and those nice teardrops you can see in someone with well developed quads.

I’m usually never eating until I’m full, I’m consistently hitting abs and cardio, and there isn’t a day that goes by where I don’t jump on the scale or look at myself in the mirror to see what the body is looking like that day.

Yes, I’ll admit it, I like to wear tank tops to the gym, and I like when bitches stare over at me. I love hearing the comments, I love being big and tanned, and everything else that comes with a low body fat.

But my best friend once told me something that stuck with me throughout the years in the gym. He said to me “Sometimes to get pretty, you gotta get ugly.”

As much as I like staying defined most of the time, there comes a point where you get stagnant always worrying about your look and level of definition. Your performance suffers, you get sick and tired of feeling sick and tired, and motivation levels just drop.

Have you ever noticed your sex drive going up like crazy when you eat a little more freely or add back in the fats? Yeah, there is a reason why that happens. The body can only stand being catabolic for so long.

I also like being anabolic. I like slapping some chalk on the bar and breaking through those plateaus while I rip that shit off the ground. I like feeling those muscles fill up and get swole as I’m pressing 140 lb dumbbells on incline bench. Or that feeling when I’m squatting with 5 plates per side and I just feel in tact with the weight like I’m one with that barbell on my back.

The feeling of some fucking power also feels good. So here is what I would recommend to you once in awhile. I SAID ONCE IN AWHILE. I’m not doing this long enough to get “fat” by society’s standards. Yeah, maybe a little fat for my standards, but my rule is simple; if the belt notch isn’t moving I’m going to keep going for the time being.

Now the thing is, you will think you’re getting fatter than you really are. Throw a shirt on and nobody would know the fucking difference, all they’d see is you growing very rapidly again.

You may think I’m crazy here after reading all of my other posts, but I’m going to be honest with you. Every once in a while I base my diet strictly on performance in the gym. I will drop the headache of thinking of food subconsciously 24/7, and eat when I’m hungry.

It may be 4 meals a day, it may be 7 meals a day. Hell, it may only be 3 meals a day! But the rule is simple; if my performance continues to get better, I keep going until the belt wants to move, then I think of dieting again.

It’s not just performance with weights, often times my cardio gets better as well due to increased caloric surplus. Instead of jogging for 20 minutes and having to stop, I may hit 30 minutes while continuing to be able to hit sprint laps intermittently around the track.

The weights don’t feel as heavy either, it’s not just the fact that I’m pushing more weight in the gym, they actually feel lighter in my hands. That is power, recovery, and anabolism!

Sometimes what we think is going to make us fat doesn’t make us THAT MUCH FATTER. It ends up making us big as fuck (with a little more bloat) but nothing that cannot be taken off with a good diet for 6-8 weeks thereafter.

So what do I eat during this time? Shit I couldn’t tell you. Maybe a bowl of spaghetti post workout, 2-3 bowls of cereal pre-workout, a double cheeseburger and a Diet Coke for lunch?

Fuck it, whatever. I just eat, and I don’t dwell on the foods. Yes, I’m sure I’m getting enough protein but some of these foods are definitely not “diet foods.” However, they still have nutritional value to them.

What you don’t see me eating is a bunch of pizza, ice cream, candy, cake, and shit like that. No, not all of my food choices are the cleanest, but they aren’t the worst either. I’m not chilling at the Chinese/American buffet eating General Tso’s chicken and egg rolls, and I’m not rolling through Dunkin’ Doughnuts.

And yes, since I’m diabetic I take more insulin during this time frame, which also pumps me up more. With that being said, I do not like the idea of needing more insulin long term so these periods aren’t very long. But yeah, fuck it, I’ll hit a month like that every once in a while.

I know guys who use every excuse in the world to eat junk, that isn’t what I go for when I do this. I do it because it enhances my performance in the gym by giving myself calories again. Just know the difference and know when it’s time to flip that light switch and go the other route and CUT, CUT, CUT!

You’ve seen my photos by now, and I’m no Arnold Schwarzenegger. But I’m a fairly lean 220+ and I didn’t get there by eating like a bird all year long, that’s honesty in bodybuilding.

I speak the truth, I’ve never had 1 SINGLE PERSON who took my advice and came back and said “That didn’t work for me”. It all works, trust me.