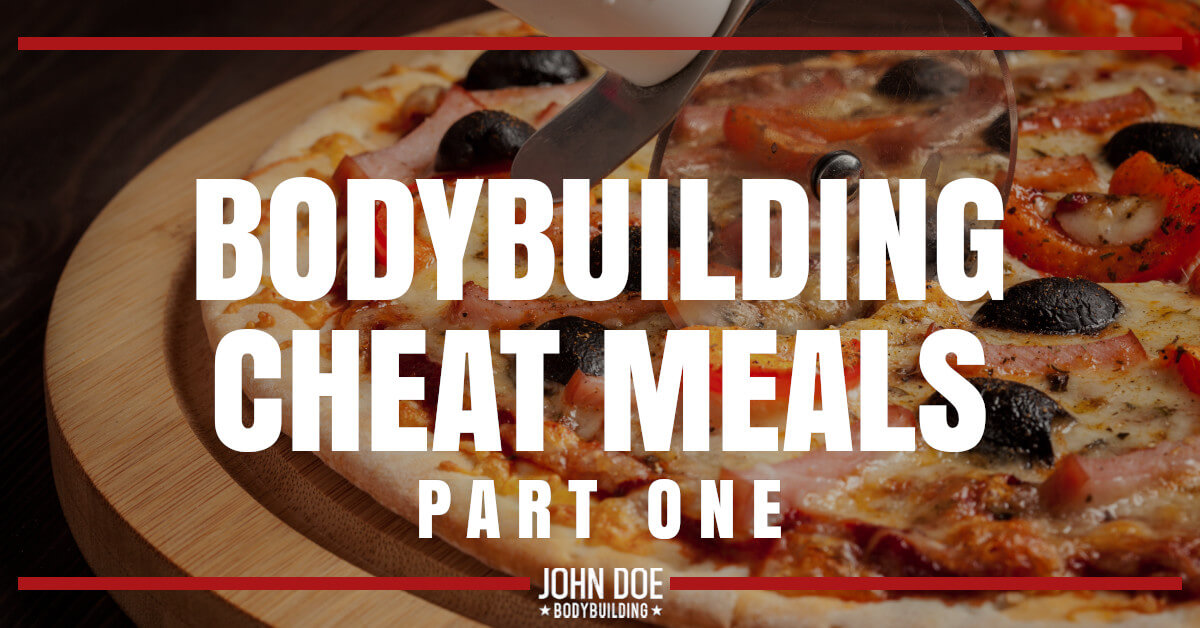 OK, so the longer you go without a cheat meal the better, in 90% of case scenarios. I don't give a shit who says what about “re-feed days” or even “cheat meal to kick your metabolism in the ass” the bottom line is the longer you can go eating clean foods the faster results you're going to get. HOWEVER, mother nature eventually takes over and tells us to go eat a burger, or pizza, or ice cream.

You see, our bodies operate on homeostasis and they dislike changes. That craving for a pizza after you’ve been dieting for two weeks is your body telling you “feed me motherfucker, I’m starving! I don't want to drop another 2% body fat, I want you to eat this shit and get me back to where I’m comfortable!”

Take a look around you, every God damn place you go somebody is shoveling some shit in their mouth that is fast and easy and comes in a package. Where this falls for the general population is this – they eat shitty snacks in between shitty meals, their whole day is nothing but downing shitty food.

Where this falls into the fitness population is this – they eat clean when they eat their meals, they screw up when they snack in between those good meals, halting progress in the fat loss department. Now, I have never ever found a way to lose weight without eventually getting hungry. At first it's not bad, but the further you push the fat loss envelope the worse it becomes.

Eventually to the point it makes you nutty, irritable, and very difficult to be around. Ask any girl who has been with a bodybuilding competitor! But, you can get in fantastic shape and very lean in a manageable way with this method. The rule is simple, if you're going to eat something that isn’t healthy, add it to the tail end of a meal and not in between meals!

I just had four crackers with crab dip 20 minutes ago. Living in a house with kids and normal people groceries can be a bitch sometimes to resist. So what I did was I had a big bowl of brown rice and some Swai fish and a banana first. THEN I had the four crackers with crab dip. This way even though my food choice wasn’t the greatest, I’m still going those 3-4 hours between meals without taking in ANYTHING ELSE. Make sure you do this and you’ll get results.

Fitness and nutrition is all about compromises and making deals with yourself. Maybe you're not disciplined enough to make it 3 days at a time eating only diet foods, but you are disciplined enough to make it 3-4 hours until the next meal without snacking. Then let's start with that. Eventually the further you progress and become used to things the easier it will be for you to make it past these extended periods of time without screwing up.

I had a girl I trained one time who got to eat a candy bar every single day. She told me right from the start that she had a serious addiction to chocolate. No problem I said, you can have a dark chocolate candy bar every single day. She looked at me like I was crazy. NOW, TIME FOR THE COMPROMISE….here was the deal. She could consume that candy bar in smaller squares throughout the entire day by adding just a few squares to the tail end of the meal (remember, we aren’t snacking in between) OR she could eat the entire candy bar all at one time BUT ONLY directly after the workout. Directly after the workout was a time when her body would use this sugar for recovery and this wouldn’t hurt progress.

And when the candy bar was consumed throughout the day in smaller squares it wasn’t enough at one time to spike insulin levels TOO HIGH and allow her to store fat. In a couple months time this girl was lean, and I mean REALLY LEAN! And all while eating a dark chocolate candy bar every single day! So it's all about compromises with yourself.

This has to be done if you're looking to stay in shape all the time and look good for the long haul. I hate thinking of the word diet as “so many weeks of pain and suffering to get ready for xyz event”. If you can get that shit out of your head and eat predominately clean but making little deals with yourself on a regular basis, you're going to stay looking great all year long, year after year.

Yeah here I’m talking about real deal cheat meals. Whatever you feel like for this meal, I mean it's open season. Whether this falls once a week for you, or once every two weeks or whatever, there is one rule I make sure I follow here.

Eat enough of it that you won't want it again for a long time!

Don't just eat one slice of pizza, eat the whole damn thing and soak that bastard in olive oil if you’d like. LOL

I prefer eating out for cheat meals, because this way once it's gone, it's gone. If it's in my house it's too easy to go back to. I also like to give myself a two hour window sometimes. I eat whatever I want within those two hours and then its over with for another week or two. I do not like taking the entire day as a “free day” this is far too much in one day and I feel like you truly don't catch back up or surpass that bump in the road for several days thereafter, so I just don't do it as a free day.

So there is the difference, I occasionally have little slip-ups where I will eat just a little of something WITH A MEAL (remember, always eat the meal first and the junk after) or I will purposely do an entire junk meal, but do it big and do it right!

But remember, the longer you can go eating clean foods the better in any event. But lets face it, we are all human. Break away from snacking in between. Snacks are for the lard asses at the office.

Be sure to check out: Cheat Meals (Part 2)