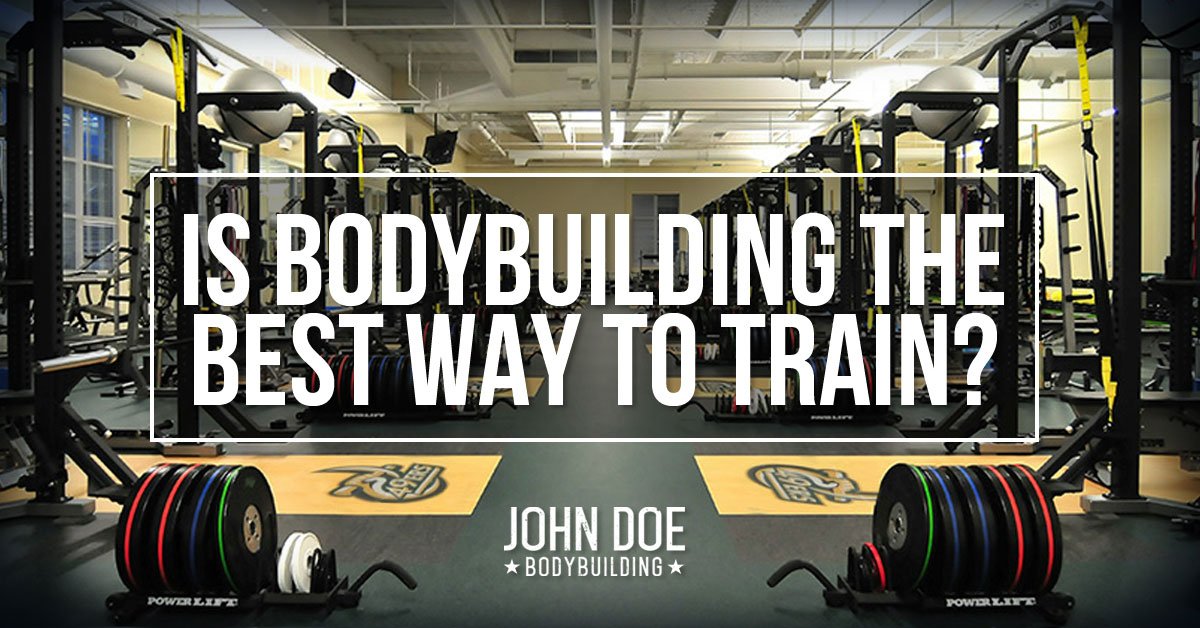 It is of my opinion that out of all of the different styles of training one could do, bodybuilding is the best.

Bodybuilding not only yields the best cosmetic look, it gives the best level of size:strength:definition out of any style of training.

Many powerlifters are strong but obese, and many crossfitters are healthy and trimmed, but weak and small.

But bodybuilding is the perfect balance of these different aspects of look and development. In this article I’m going to explain why I’ve always stuck to bodybuilding, and will continue bodybuilding until the day I die.

For starters, think of the few people you see who are over the age of 60 and still in the gym. They are bodybuilders, they are almost all bodybuilders.

The reason they’re still able to be in the gym at that age is they don’t have injuries or hangups that prevent them from training.

Every old powerlifter I ever knew was half crippled by the time they were 50 years old. I’m talking about hip replacements, bad knees, torn pecs, bad shoulders, herniated discs, you name it.

I don’t give a damn how good your form is during an exercise, there just comes a point where your body says fuck it, and shit starts going wrong and you get injured.

I could even use strongman for example. How many of these guys are coming back year after year for periods of 20 years on end? NONE! It’s short lived and it beats the shit out of you. These guys are good for a few years and then it’s done.

Crossfit has some great aspects of fitness, but it just places too much emphasis on speed and rep count to be appealing to me. The idea of all different types of fitness rolled into 1 sport is great, but it’s the form and speed that makes it an injury prone style of training.

I’ve been in the gym long enough to know when your muscles fail, they fail. Doing 100 reps with shitty form and high rep speed to achieve that, is of no more benefit than any other way to lift, with the exception of burning more energy and possibly staying leaner.

HOWEVER, muscular development is no better, and if it was we’d see a lot more larger competitors in the crossfit arena.

Guys like Rich Froning are few and far between, and Rich looks the way he does because he does have periods of the year where he trains for strength and gets away from typical crossfit workouts.

Funny how the biggest and strongest win in crossfit too huh? This guy wins because he can lift 135 lbs over his head easier than a weaker individual, and he has the endurance to do it over and over again.

So even if he goes up against a guy with better endurance, but is a weaker guy, Rich’s strength prevails and he blasts ahead of the other competitor.

Bodybuilders train for a muscular contraction and time under tension. It’s all about how hard you can make that muscle work in a given time frame. The harder it works, the higher the intensity of the workout.

Just because we aren’t running around like chickens with our heads cut off, doesn’t mean there isn’t a very high level of intensity in the workouts. “Units of work” can be broken down into muscular contractions, and the degree of a muscular contraction in a given rep.

Lets break it down in a scale of 1-10, with 1 being the weakest and 10 being the hardest you can contract your muscles in a given rep. Ok, so let’s use crossfit again for an example.

The reps are quick and the form isn’t necessarily the best, so let’s give each rep a 2 on the scale, and let’s say you’re doing 100 reps of something. Your total number would be 200 at best.

Now, let’s take a bodybuilder who exerts a muscular contraction that is about an 8 on average, for a set of 12 reps. Let’s assume he does 3 sets of that exercise. So each set registers at a 96, and with 3 sets of that he is registering a total of 288.

Believe it or not, barbells and dumbells were made to help build your body up, NOT BREAK YOU DOWN!

Yes, obviously training breaks you down short term, but the objective is to get bigger and stronger. There is no point to walking around beat up 24/7 over an obsessive compulsiveness to always train.

This article is in no way a knock on anyone’s individual style of training, this is just my opinion.

When I speak of the best style of training, I’m speaking in terms of a realistic style of working out that someone could do for decades on end without devastating injuries.

I know what route I’d go.

3 thoughts on “Is Bodybuilding The Best Way To Train?”