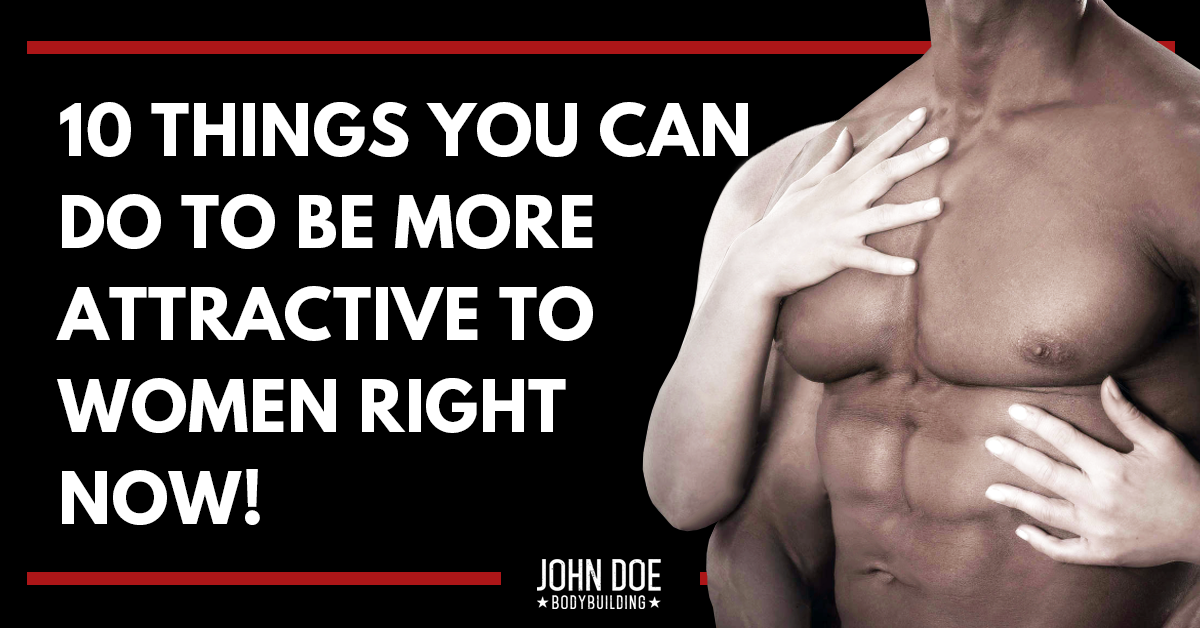 Women are desperate for men to start acting like men again.

This whole generation of little boys trying to cater to her every waking need is NOT ATTRACTIVE TO WOMEN!

Any woman who prefers one of these softly spoken men who is passive and just sort of a “go with the flow” type asshole, is only coming off attractive to women who are afraid of men to begin with!

Now, I’m a married guy myself, but I still know what is attractive to my wife.

#1 – Do what the fuck you want, they’re just along for the ride!

Yes, pick out fun and interesting thing that YOU WANT TO DO AND IF THEY’RE NOT WORTHY ENOUGH THEN TO HELL WITH THEM!

Besides, chicks are like chameleons anyways, they change depending on who they’re with.

You could take a girl hunting who doesn’t give a damn about hunting, and now all of a sudden her interests in social media are hunting because she’s dating a hunter.

Live a life that you want to live and let them enjoy the ride! They’ll be relieved that they have a man who can make great decisions and follow through and take action. They don’t know what they want anyways, give them a little push!

Taking care of your body is attractive to females.

Hell, a female that takes care of herself is attractive to me.

I look at it like this; respect begins with yourself. If you treat yourself like shit then why would anyone else expect you to treat them well!

NEVER EVER STOP WORKING OUT REGULARLY!

When you walk into a restaurant you want to feel like those bitches are breaking their necks to look at you, and your girl is going to pick up on that and appreciate who she is with!

It’s like saying, “Bitch, keep up your shit and I’ll be gone tomorrow.”

One guy drives a dirty new Mercedes and another guy drives a clean and waxed Honda Accord. You know who is more attractive? The guy with the clean whip! Nobody wants a guy who can’t take care of his shit, nor appreciates it enough to clean it!

Keep a clean place to live in and hang some photos or artwork on the wall. Actually try to look like an established grown-up here. A blank wall says “boring and depressing” to a girl. Some slight and neat arrangement and decorating can go a long ways.

Basically it will make then feel a lot more comfortable to be there at your place. Having a good bed helps also, a nice TempurPedic bed that they don’t want to get out of! Nice silk pillow covers help too.

Play some low volume music and actually have a meaningful conversation where you LET HER TALK.

Follow up questions are fantastic too because so many guys seem to ignore getting to actually know her and only care about knowing her physically.

Newsflash dumb asses… the more she feels like she knows you and the more comfortable she is, the more open she’ll be in bed and the more YOU’LL GET WHAT YOU WANT!

But on a serious note, it does feel good to have a connection with someone first. But fuck television, it’s a distraction! “Netflix and Chill” is for little boys and candles, music and drinks are for men. Remember that shit!

If you need a music playlist then here, download my recent shit (begin the playlist after dinner and into the drinks when you’re hanging out on the couch):

“But John, I know jack shit about alcohol! What do I provide to drink?”

Bring two different selections is my advice, that way she has an option if she doesn’t like one of them. But she may just drink both of them!

#5 – play to your level, but constantly level up!

Bro, if you cannot afford a steak dinner then take her to a place more affordable. But you get the bill and provide the entertainment.

Let me tell you something; a guy who takes a date to a Wendy’s and pays for the dinner gets more respect than a guy who goes to a steakhouse and tries splitting the bill up.

Money low? APPETIZER AND DRINKS! Split an appetizer and make the focus on alcohol. A few drinks in and she won’t give a damn if she’s drinking at the track side tavern.

Look bro, most of us are middle class. It’s nothing to be ashamed of, and you can keep climbing up in the world… chicks want men who can provide, period. It doesn’t take a millionaire to provide, listen to, and respect REAL WOMEN. Just handle shit!

Cook dinner, invite her over at a certain time, eat dinner and have a few drinks, then FUCK THE SHIT OUT OF HER!

Cooking dinner always goes a long ways, it’s a touch from the heart!

Some easy recipes to make are chicken Parmesan, grill some steaks, or spaghetti and meatballs and garlic bread.

If you really are a dip shit, then go buy a Stouffers lasagna tray, cook it, then carefully transfer it to your own aluminum tray and put foil on top of it like you made it.

#7 – Don’t fall in love just because your dick is hard!

You should not always be available anyways, you’re working on yourself as numero uno.

Now, once your officially dating it’s a different story, but don’t be that guy who is just convenient.

Also, if she constantly brings up other dudes in conversation with you, or continues to talk about her past non-stop then bang her brains out and then literally tell her you’re going to bed because you have a big day in the morning.

Don’t even entertain that shit, because that is a bitch who isn’t serious to begin with, or over something from the past, one or the other.

Continue to work on improving your situation in life regardless of who you’re seeing. Remember, the higher you level up the more choices you have when it comes to getting quality pussy! YOU COME FIRST, ALWAYS!

#10 – If the bitch doesn’t do anything but spread her legs, find one that offers MORE!

Let’s face it, spreading their legs is easy. It’s the ones that offer you drinks, massages, and put their phones away when they’re with you that are hard to find now!

Look for other areas outside of just physical company. As much as I love sex with beautiful women, a real connection still means something.

REMEMBER, IF THE DECISION SEEMS UNREASONABLE AND STUPID, SHE NEEDS TO DO IT. PUSH HER OVER THE CLIFF!

That’s right, it’s easy for us to think in the back of our minds, “Oh Geez, she needs to be up early to go to work, I can’t do that.”

“She won’t do that yet, she doesn’t know me good enough.”

Make her know you and speed up the process. Why would you wait a month when someone with more guts than you would get it in 2 days?

Also, if she’s THAT EASY wouldn’t it be nice to know now?

They love going to work feeling like complete shit and walking around with sore vaginas , telling all of their “girlfriends” about that R-rated motherfucker that destroyed their world last night!

14 thoughts on “10 things you can do to be more attractive to women RIGHT NOW!”