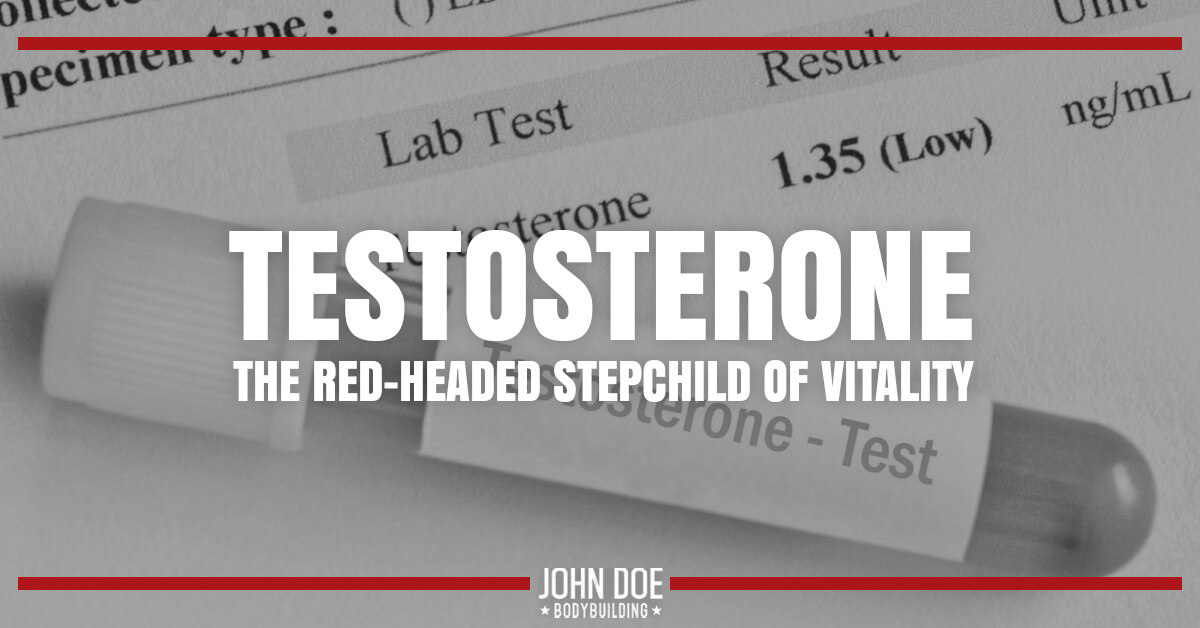 You know, the world we live in nowadays is fucked up enough, but now men are being shamed for displaying any masculine traits at all, and I'm flat out sick and tired of it! Testosterone is looked at as an enemy.

But it's shamed now. Men who don't display that “over-emotional/ borderline gay/24-7 titty-sucking” personality are outcast from what society deems as “NORMAL.” Now we have a world full of men who act like straight pansies, and what's even worse is most of them don't know how to fix it. Even if they had testosterone they are so fucking brainwashed from society and media bullshit, they couldn't live a normal life if they tried.

But men who are full of testosterone and display these masculine traits are labeled as the ones with the problem… the outcasts. Well it'll be a cold fucking day in hell before I go out there and try my best to fit into a society that has lost any values that I myself hold up as worthy and rewarding.

One thing I don't understand is this misconception between aging women and aging men. When a woman gets into her late 40's she goes through menopause, and bio-identical hormone replacement therapy is everywhere for women! It's like the first thing doctors talk about when women go through this, there are very few hoops to jump through insurance wise, and it's about as easy as going to the bakery to buy as loaf of fucking bread. But what about men? Oh NOOOOOOO, fuck no, not the dreaded TESTOSTERONE!

Every single guy who approaches me for advice who is over the age of 30 gets the same answer from me when it pertains to exercise and fat loss; “Go see your doctor and get a hormone count, then we can talk.” Now to an ignorant SOB what that just translated into is “I'm on chemicals myself so that is why I look this way” and they immediately chalk it up as this evil world full of drugs and needles and whatever other stigma goes with it. I mean come on now, God forbid someone sticks a needle in his body to feel/look better 24/7, and in most cases be healthier when it pertains to low testosterone! I mean a shot once/wk is worth feeling/looking incredible right?

Well friends, I'm here to kick you the truth at johndoebodybuilding.com, I hold nothing back. I've been on testosterone on and off for the past 14 years, the past 6 years on testosterone non-stop as hormone replacement. My body does not make it anymore, my level was 89 when I was tested (normal is 300-900 ng/dl). I was in the dirt. Yes, self-induced.

But guess what? I could give a flying fuck, I feel great! I feel so great that unless I'm around someone else who is into fitness or nutrition/health, they seem like such a depressing asshole to me that I'd rather spend my time alone and motivate myself. It's pretty bad when you can motivate yourself more so than 90% of other people could ever do. Why are bodybuilders loners? Pretty easy answer to that, because “normal” people bring us down to fucking China town for dinner, with shit filled egg rolls for dessert!

I was in a doctors office a couple weeks ago, and this stupid, half-wit bitch of an assistant really sparked a nerve with me. This chick asks me “If you could go back to when you were 19 years old, would you have done anything different?” She is talking to me like I'm some sick person who tragically fucked his life up because he took testosterone. “Hell no. I wouldn't have done anything different. I feel great and I look great, and my sense of well being is incredible.”

As a matter of fact, I get blood work done 5 times a year and you tell me where my numbers are bad. All I could think was what a stupid ignorant bitch she was. Not to mention she was about 75 lbs overweight. I frequent the doctor for regular blood work and checkups because I'm one of the smart ones who makes sure I'm in check before I use anything or continue to use. I'm guessing she didn't see it that way. Just another dumb ass testosterone-filled buffoon in her office, I suppose. Now, do you think she would knock some woman on the HCG diet this way or a woman taking estrogen? I think not.

You cannot talk about something you've never done. A man who has never taken testosterone himself can preach to you until he is blue in the face, but he has never felt what I have. He doesn't know what its like to live with the glass half full instead of half empty, because he is so used to feeling like shit he doesn't even know what it's like to feel good anymore. But I do, I know exactly what it's like and it's great!

When I take my 4 year old son to the playground, I'm chasing after him and actually playing on the playground with him. Those other fat fuck parents are not doing that. They would rather sit on a bench and text message. It's so bad that their children want to play with my son and I, asking me to play tag or whatever other game they are playing.

If you're over the age of 30 and experience any of these symptoms, I urge you to go to a doctor and get a hormone count. Make sure they test your testosterone levels as well as free test levels. If you are not at least 300-400 (and for some even that is low), I'd strongly suggest hormone replacement.

This isn't some horrible thing to do. You're going to start feeling like you did 10 or 20 years ago, strong, vibrant, energetic, with a good libido to boot.

31 thoughts on “Testosterone, the Red-Headed Stepchild of Vitality (RANT)”