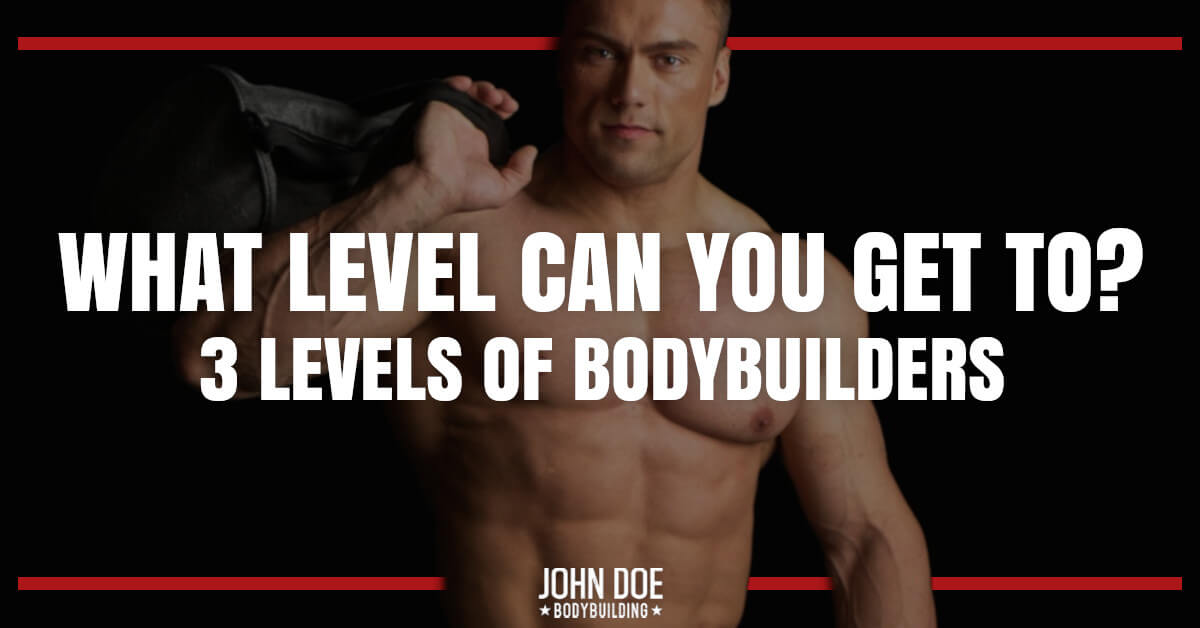 I’m not here to say that anything is out of your reach in this life, but I want you to understand what is realistic in physique building for most people.

Most guys will not go through what it takes to build a lean and mean 250 lb physique, nor do most people have the right resources and money to go through what it takes to become that size. There will come a point in bodybuilding where $$$ is the predominant factor that separates you from getting to the next level. Not just money, but other areas of your life can become severely impacted to put everything into just this one goal. So what is realistic? Well, I’m going to get into that and categorize a few different levels for you.

This is the guy who just wants to be healthy and in shape. He isn’t really on any set diet, but he works hard and he exercises on the regular. Working out isn’t life’s #1 priority. He may have played sports in high school or college, and as long as he can stay in some sort of decent physical shape 20 years later and beyond, it’s good enough for him. He is probably about 150-175 lbs at average body fat to slightly lower, or he may be a little heavier and working out on the regular to try to get some of his youth back or keep from gaining body fat. His grocery bill isn’t any more money than your average person and once in awhile he buys a jug of protein powder. All in all he is a well rounded guy, but this is as far as he is going to go cosmetically. Occasionally he does a “mud run” with the guys from work or something like that once a year.

This is a guy who spends a little more money on food because he eats clean and he buys supplements on the regular. He has cycled a few times in the past or maybe once or twice he will still hit one, but he doesn’t spend a lot of money on it. He still has his priorities in line, but if you saw him he looks like he has been at it a while and is obviously more muscular than most people. He looks good and obviously isn’t going to stop working out anytime soon. He makes bodybuilding a major part of his life and this guy may be anywhere from 180-225 lbs fairly lean. He may decide to compete in bodybuilding here or there as a personal goal, but he isn’t looking to go any place with it and understands that a contest is just a short term goal and part of his lifestyle.

However, between his grocery bill, supplements, possible hormone replacement (or any other drugs or ancillaries he uses) his monthly cost of bodybuilding is still $700-$1000 USD, and that is being conservative. This means he gets about $150/week to spend on groceries, $100/month on protein powder (take out protein powder and add difference into more groceries, still the same either way) and let’s just say $300 a month here and there if he uses steroids, or other ancillaries, or maybe even part of the cost of hormone replacement or doctor visits or whatever. Just call it $700-$1000 a month, and that is being EXTREMELY CONSERVATIVE. If he makes more $$$ then maybe this number goes to $1500/month or so. Either way, he is still a regular Joe who just prioritizes life a little differently and puts his physique pretty high. This is the category I would fall into, as well as most other guys I know who obviously look larger and more defined in the gym.

This is a guy who spends any extra money he has on more shit to take. If he has an extra $1000 then he will buy $1000 more worth of steroids. He will do whatever it takes to become huge. If he isn’t a walking billboard for bodybuilding then in his mind he is no good. Other areas of his life may absolutely suck, such as relationships, living situations, work, and general mental health. He is probably obsessive compulsive to a larger degree than most, and probably socially fucked up as well.

Without bodybuilding he is nothing,  and as long as he can bodybuild then he doesn’t give a rats ass about anything else in life. Unfortunately, this is pretty much what it takes to become a professional bodybuilder now. Maybe there are a few guys who are an exception to the rule, but most guy’s fall right into this category. National level guy’s may even be worse, because they are struggling to get there. I know a guy who dropped 50 g’s in one year, and he doesn’t even compete in the Nationals. He is just that dependent on steroids and HGH!

Have you ever seen the movie Rocky IV? Well it’s a nice story, but in real life Rocky would have had his ass handed to him. In this movie, Ivan Drago is a Russian Boxer with every advantage. He is bigger, stronger, uses steroids, weight trains on high tech equipment, punches more pressure, etc. Well, Rocky goes to Russia to train for the fight. He is staying in a cabin in the middle of nowhere and for training he runs through the snow, chops firewood, does pull-ups, he basically roughs it. The movie tries to show you that this guy wants it so bad that his hard work eventually pays off. His roughneck training in the middle of nowhere ends up reigning supreme.

Well life is no fairy tale story, and in bodybuilding that is fucking bullshit. We all want it bad, and we all work hard and to the point of falling over! Actually, there are many guys working half as hard that would beat the shit out of most people. It’s $$$$$$$. Yes, genetics too, but at the end of the day it’s fucking $$$$$.

It’s better to hear the truth now instead of later

I’m not trying to sink anyone’s ship here, but it’s better you hear it now and stop wasting your time on unrealistic goals, than continue to strive for some pipe dream that you do not have the financial means to get to. This isn’t just doing a couple cycles a year and saying “I want to be a pro bodybuilder.” This is a very large financial commitment every month, and how much bread you have to spend is a determining factor in how your physique is going to look.

But this is no reason not to try and be your best right? I still continue to bust my ass and be everything I can. The look I’ve always wanted to have I’m very close to having. Hell, I’ve probably surpassed that, but my perception of myself is different as I progress. But even the level of development I’m at takes a huge commitment, $$$, and living a lifestyle that is a little different than most and prioritized around the gym and nutrition.

Most people would tell you that I’m not a well rounded individual, but I think there is a fine line between “well rounded” and “dedicated”. If someone’s definition of “well rounded” means eating bullshit, drinking to the point of getting drunk every week, or missing meals on the regular, then consider me square as a motherfucker!!

When I was a teenager I didn’t know any of this, and I think that is what I miss most about the beginning. Everything was achievable to me, and although I knew steroids were part of the game, I had no idea to what degree and to what $$$$ mark they were. But look at this article as not ruining your dreams with the truth, look at this as a means to get better!!

Think about it, if you know what the deal is straight out of the gate, then you know at what point to change your plan of attack or your goals. For example, if the biggest I’ve been for the past 4 years in a row is 230 lbs (and that was with numerous steroid cycles) then why in the hell would the same game plan put me up to 240 lbs? After almost 20 years in the gym it won’t.

But, what if instead of trying to add mass, I changed my goal to become more defined while still maintaining a good 220-230 lbs? So now, I include cardio on a regular basis, where as before I may shrug it off and tell myself that cardio won’t help me add as much weight. In the end I walk around a good, quality 220-230 lbs instead of a walking block at 240-250 lbs. There comes a point where continually trying to throw on weight is only kidding yourself.

As a new guy, yes you need to work on gaining size! You need to eat, eat, and eat some more. But just know that when you’re at level 2, you’re going to be at level 2 unless you make some serious sacrifices. These sacrifices probably won’t be long lived until you either A) Have health problems B) Go to jail or C) realize you’ve thrown away a good portion of your life and turn into an alcoholic or recreational drug user.

Find the fine line and walk it for the long haul! 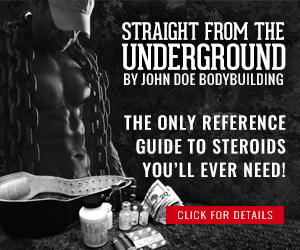 8 thoughts on “What Level Can You Get To? (3 levels of bodybuilders)”