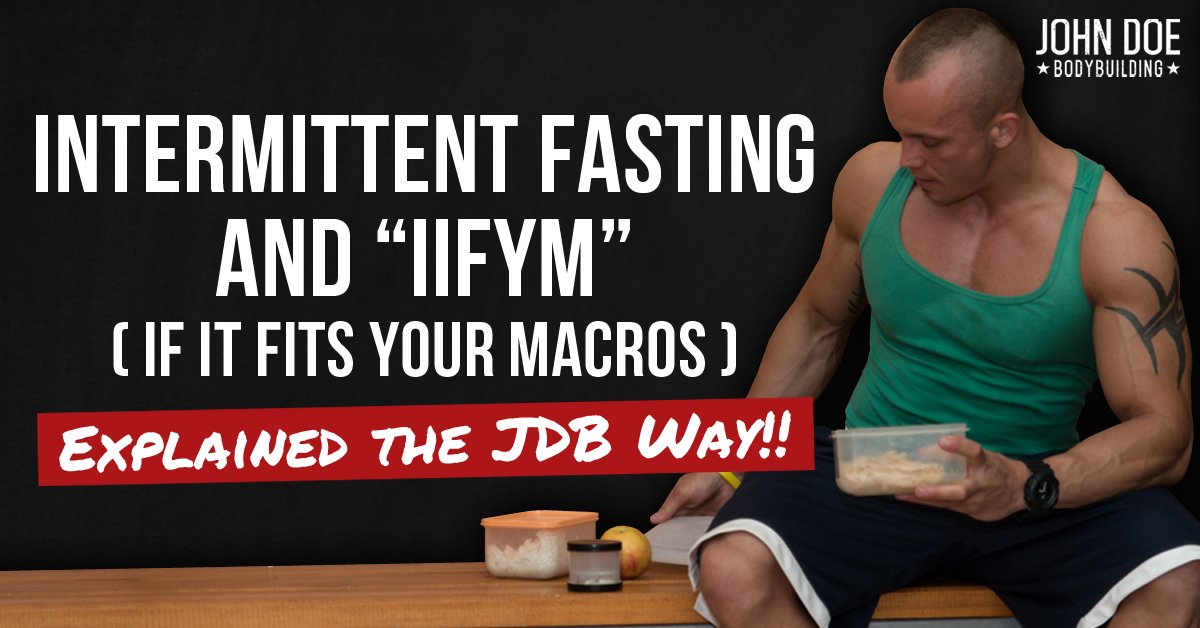 What is intermittent fasting?

Intermittent fasting is a way of dieting used primarily by lazy people who don’t want to wake up and put in the real work! It’s for people who lack enough self-discipline to wake up 20 minutes early and cook breakfast.

It’s for people who don’t want to prepare their meals and usually have constant excuses as to why they cannot follow through with anything!

Does intermittent fasting have ANY PLACE in the bodybuilding world?

Yes, but only if you’re someone who is already in shape and needs to change up their diet to shake things up a little or help reset insulin sensitivity. I’d say this is about 5% of people at any given time.

Does intermittent fasting have its place with people who want to lose fat?

Yes, but only for people who are weak minded and have no other options for restriction other than to allow a specific time window for eating.

I wrote an article awhile back on intermittent fasting and Paleo dieting for results. I don’t want people who may have read that article to get confused here; I do believe there is a time and place to fit intermittent fasting into a diet to jump-start fat loss again, but it’s use to me is limited in most case scenarios.

So what sense does it make to start a diet that continues to follow the same trend that got someone overweight in the first place? I would NEVER, EVER throw intermittent fasting at someone like this!

The first thing I’ll throw their way is a properly balanced breakfast with protein and slow digesting carbs and they’re all going to tell me the same thing; “I feel stuffed, I’m not hungry, I want to vomit, this is too much food for me!”

The real answer is, “No it’s not, you just aren’t used to this because you’ve already been intermittently fasting for the past 10 years!”

Most will do intermittent fasting with meals that aren’t the wisest choices. They’ll refuse to cook and look for easy ways to do it; 5 protein bars a day, McDonald’s without the french fries, a turkey sandwich from the deli that contains nothing but salt and bread, if they think there’s a shortcut they’ll do it.

They’ll do it for about a week until mother nature kicks in and then they’ll go eat a cake when they’re starving and cannot take it anymore.

Then they’ll be back to square 1 and begin the entire process over, all while losing muscle and transforming themselves into smaller pieces of shit rather than larger pieces of shit. But in the end they’ll still be left with shit.

Intermittent fasting is only for morbidly obese people who cannot display any form of self control other than a specific feeding window, or someone who is already in shape and needs to mix things up briefly to burn off just a little bit of fat left.

Most overweight people who train with me lose between 20-30 lbs in 8 weeks and NONE OF THEM do intermittent fasting!

“Wait a minute, that’s what our ancestors did and they weren’t fat.”

Our ancestors also didn’t break down and ride the horse to McDonald’s for a “big and tasty” every 2 days and drink a big gulp of Pepsi!! Our ancestors conserved their energy and only expended it when needed, not routinely lifting weights and doing cardio on top of working and hunting!!

Our ancestors also died about 30-40 years younger from diseases that were largely responsible from weak immune systems and undernourishment. So don’t hand me the ancestor bologna because it’s apples to oranges to me!

Go ask any real bodybuilder how they eat and I promise you almost every one of them eats breakfast! Go research people who pipe about intermittent fasting online and you’ll see mostly wiry looking individuals who are leaner but carry little muscle.

Please let me know when they change the name of BODYBUILDING to “BODY-TAKE AWAY!” This site is about bodybuilding, not a how-to guide on looking like a meth-head!

If your goal is to simply get thin and you’re obese then intermittent fasting may help you lose that first chunk of weight.

If you’re already in great shape and need a way to switch things up a little bit to continue to gain results then intermittent fasting may be a good way to set yourself up for more fat loss or muscle gain.

But this isn’t most people! Most people would benefit much more from cooking those eggs, eating those meals, and busting their tails in the gym!

I know, I know, it’s hard! If you quit everything that was hard you’d be nowhere in life, so why would building a body be any different?

“If It Fits Your Macros” is plain bullshit

IIFYM is a diet that has gained popularity over the past couple of years, and for whatever reason I have no idea. It’s probably due to the lazy generation that society produces now and the thought that eating a bag of popcorn is a good substitute for a potato.

Well I’m here to tell you that the thought of replacing good foods with snack-type garbage and telling yourself it fits into your daily diet is idiotic!

I’m sorry, but there is no way that processed garbage can substitute foods like fish, chicken, rice, oats, potatoes and broccoli!

I keep hearing about people eating Pop Tarts because it fits their macros! For some damn reason pop tarts have become the ultimate replacement food for proper nutrition!

Okay, keep dieting on Pop Tarts and I’ll put you against someone who has busted their ass to prep healthy meals instead, and we’ll see who looks better at the end of the diet.

IIFYM is for the lazy, plain and simple. Now, if you’re talking about replacing one specific meal with another healthy option and you want to call that IIFYM then I’m all for it.

But if you want to eat pop tarts, popcorn, pop rocks, or pop f’in’ secret, and sit there and tell me it’s a good substitute for your diet, then I’m the Pope!

The bottom line is this isn’t easy. Yes, there are certain individuals who are genetically gifted and can get away with more, but hard work always trumps talent!

I know plenty of talented people who live like bums because they have a terrible work ethic! Their talents will destroy the competition when they actually put in work, but they never prevail because they won’t put in enough work!

My brother works with plenty of people in the medical field who all went to Ivy league schools and graduated with honors. They all come to him for advice at work, and do you know why? It’s because his work ethic destroys everyone!

He always arrives an hour early, stays an hour late, and when things in medical school were challenging he was probably putting in 3x the hours studying that everyone else was doing. He’ll be the first one to tell you, “I’m not any smarter than anyone else, I just work hard.”

“Well, I was sick for the past 2 weeks so…” SICK FOR 2 WEEKS HUH? I got e coli one time from bad drinking water and it didn’t put me down for more than 4 days!

A runny nose somehow makes people walk like zombies to Golden Coral and dip cotton candy into the chocolate wonderfall in a desperate search for the ultimate cure, all while saying “Screw the gym” for the next 2 weeks… let’s be honest here!

I don’t know about you, but I don’t have time for bullshit… I’d rather put my time into what really works!

15 thoughts on “Intermittent Fasting and “IIFYM” (If It Fits Your Macros) Explained the JDB Way!”