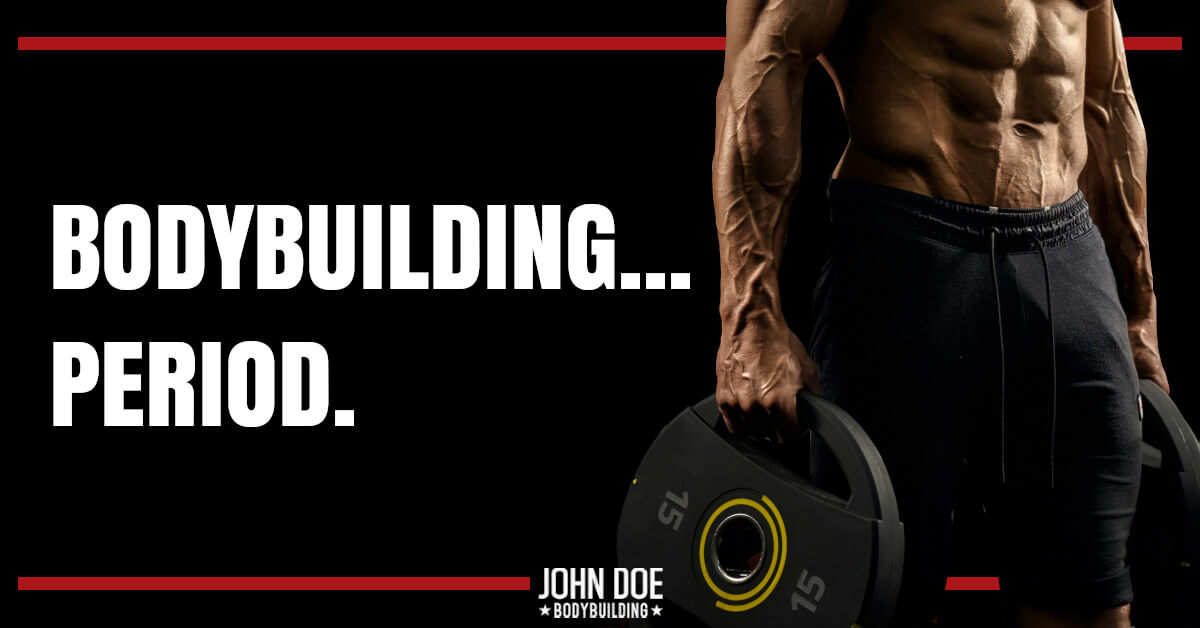 Quit being so consumed with whether a guy is natural or not. Worry about you and you only.

Chances are that the guy you are criticizing for using steroids is working harder than you and would stand in front of you and make you disappear even if he was natural. It JUST SO HAPPENS he became involved with bodybuilding to such a degree that he chose to turn to steroids to further enhance his physique, but the guy was probably a huge fucker naturally anyways.

Ask yourself if you were up cooking your food at 1 am last night for the next day or did you just say fuck it and go to bed? Because that “juicehead” stayed up to cook his meals, even if he lost an hour of sleep over it.

This isn't about being natural or not, it's about doing the best you can within your means to be 100%. Natural guys need to quit looking for a fucking excuse and bust ass! If you're taking steroids and don't at least look like Steve Reeves did, I urge you to end your cycle and go back to the drawing board.

The guy was from a generation who was all natural and it was over 60 years ago! No supplements, no powders, no steroids, and he looked amazing! There are no excuses that you should not at least look like that guy before ever considering a steroid cycle! None, zero, zilch! So quit looking for a reason to bitch and start focusing on how you really want to look.

Here is the #1 reason those guys looked so good:

Busting your ass was just a way of life back then, something most do not do in any area of life today.

I urge everyone to stop and think for a minute about what they've put into this lifestyle and what they've gotten out of it. If you can't look like Reeves did on food and vitamins, you won't look like him on No Xplode or a designer prohormone either! The building blocks need to be put into place. People want to jump straight from scrawny to Arnold Schwarzenegger now, but there is a progression they fail to take into account.

My advice to all of you is to look at some of those old timers sometime and make it your goal to look like those guys first!

Until then, nobody needs to run their mouths about shit, just train!