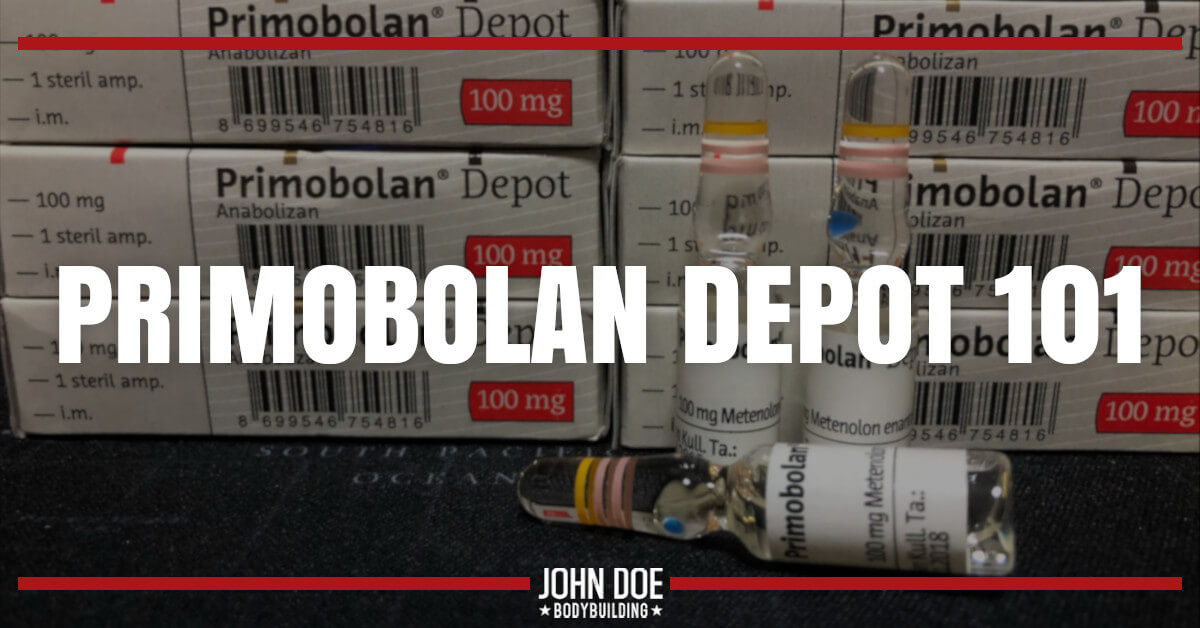 Primobolan Depot, those two words almost give me an orgasm every time I hear them. There are a lot of mixed reviews on Primo, most from newbies or guys who don’t realize the true benefits of Primo.

But take it from a vet and someone who is a true experienced Primo user, it’s the shiznit… period.

A lot of negative reviews come from these guys who only deem something as useful if it throws a quick 20 lbs of water and shit weight on them, they strictly go by the scale. These are usually guys with a half-assed physique to begin with, so don’t listen to them.

Primo is a physique changer, you may not gain a bunch of weight or add any miraculous benchmark records to your lifts, but with a good diet your physique will transform on Primo.

Primo has a high molecular weight, therefore its typically dosed at only 100mg/ml, so you have to inject it a little more frequently. 300mg/wk is a good dose to run, most guys advocate higher amounts in the range of 500-1000mg/wk, but 300/wk will do you nice if you eat good and train hard!

Primo is probably a better choice for an advanced guy simply because he understands how it works and how it differs from most water retainers/mass builders. I would not recommend it to someone who is not relatively low body fat, but for an already good physique primo is the icing on the cake!

Below I’ve listed a few cycles including Primo, and they are some of the best cycles a guy with an already good physique could run. These are geared mostly to getting harder and more defined,  I typically stray away from “mass cycles” simply because I’m already big enough and at this point its pretty much all about quality.

4 steroid cycles that include Primo

I’d put those low dose cycles against almost anything for a guy looking to get shredded and hard, and they are not anything that is going to suppress someone for months on end either. Those are very safe and effective cycles.

As you see I am not a fan of high dose testosterone, test should be used just enough to stay anabolic and reap the rewards but not overkill driving your cholesterol levels and blood pressure through the roof. Lower dosed test cycles will yield you a much better look, and you won’t be fighting water retention either.

If you’re someone who is dead set on trying to run a cycle then I’d strongly suggest one of the above, you get what you pay for. HOWEVER, if you don’t already look as good as Steve Reeves did naturally, then you shouldn’t be running shit!