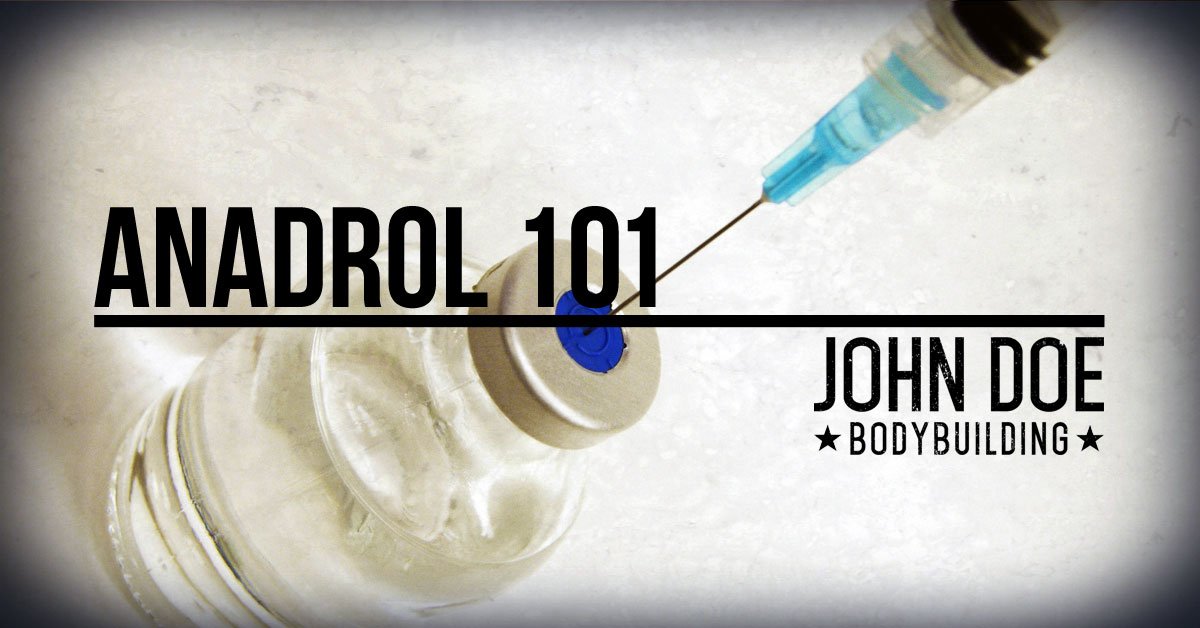 Anadrol-50 (Oxymetholone) is a steroid I’ve only used on a couple occasions in the past and for me personally, I didn’t like it nearly as much as Dbol.

I suppose some people respond better to different compounds than others, but Anadrol was one I just didn’t take very well to.

My temper got pretty bad on Anadrol and it didn’t seem like the strength gains were relative to the side effects on it. But I’m not everybody and there are certainly many people who respond very well to Anadrol.

I know they say that when it comes to size and strength that Anadrol is the king, but like I said I felt like I got more out of Dianabol.

Anadrol is Oxymetholone, sometimes called Anadrol 50 or Anapolon 50 or ‘Drol’.

When I was using Drol I felt like there was too much going on too quickly to feel right on it. Either that or Anadrol was so liver toxic that I felt kind of ill while using it.

I know a lot of guys who have gained up to 30 lbs in just one month on Anadrol-50, but I don’t remember gains like that when I used it a long time ago.

I wish there was more good things I could say about A-50 but I’m just not a fan of it. I’m more of a slow and steady gains kind of guy, and I’d prefer something my body could handle better and something I didn’t feel as lousy on.

But some may find a different experience on Anadrol, I’m just saying that it’s not for me.

All of these years I was using other compounds and holding off to use Anadrol because of how “crazy” people made it sound, then when I finally tried it I was pretty disappointed actually.

I just feel like there are other less toxic steroids out there that yield way less side effects and you can still benefit from greatly.

Side effects on Anadrol-50 are pretty bad. Because of its extreme estrogenic nature side effects such as acne, bloating, negative effects on cholesterol levels, and lethargy are all pretty extreme and very common.

Water retention on Anadrol is about as bad as anything you could use and gains quickly subside when you discontinue using it.

Gynecomastia is also highly probable if you’re not using an aromatase inhibitor or at the very minimum an anti-estrogen such as Tamoxifen/Nolvadex.

Even those who aren’t gyno prone will want to use an AI or anti-estrogen with A-50 for the water retention alone.

I suppose it all depends on who you are and how you react to it. Some guys respond better to Dbol than Anadrol and I was one of them!

I know guys who prefer Anadrol over Dbol as an oral addition to a cycle, and then I know guys who use both at the same time. This isn’t something I’d suggest, but that is just my opinion on it.

I know they say that when it comes to size and strength that Anadrol is the king, but like I said I felt like I got more out of Dianabol.

Milligram for milligram, Anadrol is just not as strong as Dbol. 100mg/day of Dbol isn’t nearly the same as 100mg/day of Anadrol-50.

Guys are using 150-300mg/day of Anadrol nowadays and I’ll tell you that there is no way you could handle the same amount of Dbol.

Begin Clomid at 50 mg/day 2 weeks after last testosterone injection and run for 20 days, continue on with Arimadex @ 1/2 mg everyday.

NOTE; Nolvadex or tamoxifen will be good enough for a lot of guys to use during the cycle as a replacement for an aromatase inhibitor but understand that this is not superior to an AI as this is an anti-e and there is a difference.

Anti-e’s prevent estrogen from binding to receptors while AI’s prevent the formation of estrogen to begin with.

If using Tamox or Nolvadex for PCT instead of Arimadex or Arimistane, then use 20 mg/day during the 2 weeks of HCG usage, then drop back to 10 mg/day for the following 2 weeks alongside Clomid.

I know many recommend a 40/30/20/10 pattern of Nolvadex/Tamox but I simply would not recommend that amount for a cycle of only 500 mg/week of testosterone with a 3 week front-load of Anadrol.

Sometimes the PCT products themselves cause more issues than normal recovery and you don’t want to overkill on them.

You’ll see the recovery ancillaries bumped up during the time HCG is recommended. This is because HCG can give some users gyno as well so it’s better to be proactive during times of heavier HCG usage.

I feel that 2 weeks of HCG at a blast is more effective than a smaller amount longer.

OPTIONAL; You can use HCG at 500 iu per week throughout the entire cycle and 2 weeks thereafter but HCG has a shelf life of about 30 days after it’s mixed and this is why I do not use it this way.

You need to pre-load a ton of insulin syringes and keep them in the freezer to prolong shelf life after the vial is mixed and to what extent the potency is I’m not sure.

11 thoughts on “Anadrol 101: Everything You Ever Wanted To Know About Oxymetholone”