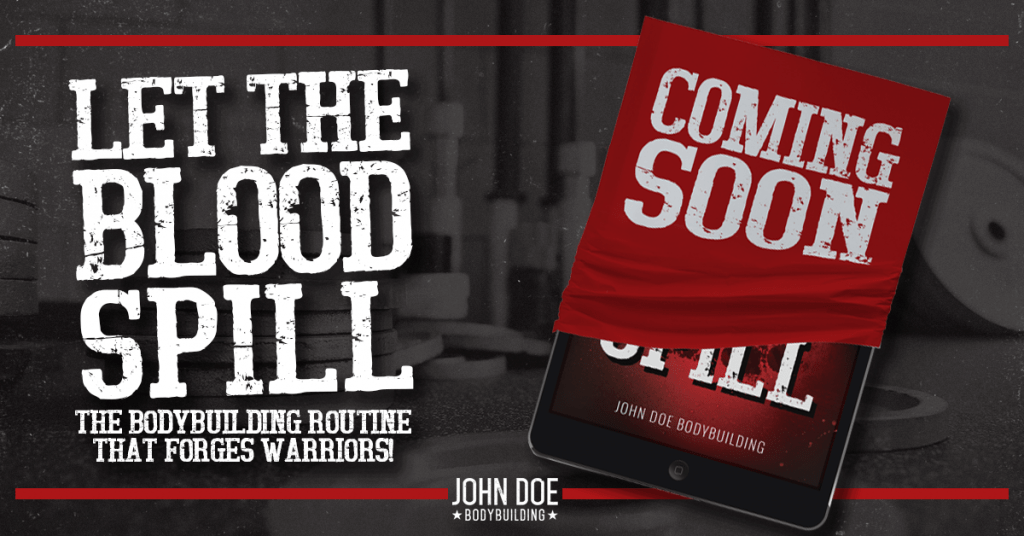 Throughout the years of researching nutrition and how to build muscle, I've realized that there is so much info that is hidden from people.

For example, someone will lay out a workout program but not include the fact that it's unrealistic to duplicate it unless you're using more than just creatine!

Someone will lay out a diet that is all nice and neat but never talk about nutrient manipulation or whether or not to take away or add anything when workouts become more demanding.

Nobody wants to talk about what they really do anymore.

Lies, lies, and more lies is what the bodybuilding industry is best at breeding!

Well I have nothing to lie about. I'm here to bring you what these other idiots don't bring to the table!

I'm here to talk about different ways to build a body that are far beyond the beginner routines with the standard rep ranges.

I've heard so much nonsense from people over the years; “high reps don't build muscle, you shouldn't work a muscle group more than once a week, you need x amount of protein for growth and you need to cut out all of your carbs for fat-loss!”

I was fortunate enough to discover that much of what people were preaching NOT TO DO in the gym and with my diet, was EXACTLY WHAT ACTUALLY WORKED FOR ME!

Like a wild animal without boundaries, I began going to the gym and destroying my workouts with no concern for any of the stupid little rules that were laid out for us all to follow.

I developed a workout program called Shredded Ops and I put it out there for everyone to follow, and the feedback on how effective that program was for people was unbelievable!

As like most other programs, you eventually just need a break from them.

So I took a break after I did that workout template for quite some time and then I experimented with other types of workouts.

But I just didn't get the same results when I went back to more traditional workout splits.

I knew that there was a certain style of training that benefitted me the most, and Shredded Ops was the most effective workout I had ever developed in all my years of bodybuilding.

The question then became, “What other forms of intensity could I bring to the workouts with me?”

What else could I throw in the mix that would build off the incredible results that Shredded Ops got me?

So then I began developing something new.

This new program was brutal, it was like physical warfare on the gym! It was the most intense training that I had ever done and in order to go through the workouts I was developing I had to change my mindframe in the gym.

Now all of a sudden a set of 15 reps was no longer “high reps” to me; now a pre-workout regimen of enhanced nutrient transport and performance enhancement meant more to me since the workouts were so demanding.

I began treating my body like a race car coming into the pits and then going right back onto the track for more laps at 200 mph!

This program would soon become known as…

…and it's geared towards the people that want the edge on bodybuilding!

I held nothing back in this new program that is an all-out assault on the gym!

Everything from a diet template that is instructionally customizable to your own current stature, to my own pre-workout regimen, to my favorite steroid stacks and how I use them!

This isn't the type of book that fluffs up the pages with a bunch of garbage just to say I wrote something.

This is straight to the point and dives right into the program itself and how you need to do things!

Let the Blood Spill is not for beginners.

The demanding nature of the workouts and nutrition is just far above and beyond what a beginner could handle.

This is for the ones who have already built some muscle and want an intense program that will help improve that foundation and carve the diamond!

Once you get into this book you'll soon realize that it's on another level.

I'm talking major muscle pumps, huge endorphin releases, and a program that will build a stronger mind and a more chiseled body at the same time!

I know I've been talking about this routine for awhile now.

Once you dive into it, you're going to see why! Let the Blood Spill makes other bodybuilding programs look like kiddie stuff!