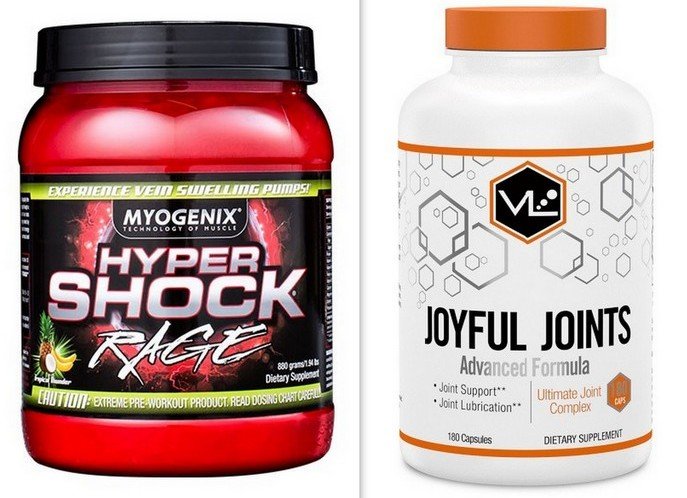 Some of you may have seen my review on Anafuse and Osta-shred.

I was very skeptical about those products, as I am with a lot of supplements, but I got awesome results when I was using them!!

As a seasoned performance enhancement user I'm always skeptical about supplements and rarely think they ever stack up against the real deal, but when I said they were the “best legal alternative to steroids” I wasn't lying.

When I used anafuse and osta-shred I came off everything except my Dr. prescribed testosterone replacement therapy – the results I achieved from 8 weeks of using those 2 supplements far exceeded anything I'd get out of just hormone replacement (which is simply enough testosterone to make me have high end of normal levels).

Knowing that those 2 products work, I got in contact with the supplier, Strong Supplements, and asked them which products would be good for people I am training for a competition for the next 12 weeks.

I was told to wait for a phone call and I would be speaking to a guy who was on the pro support team, and he could recommend the best stacks for the few people I was training to go into a competition.

[Strong Supplements is great, they definitely steer you in the right direction and cater to individual needs based on what it is you're trying to accomplish.

Most supplement companies probably wouldn't advise you against certain stacks if it meant you'd be purchasing more, but not these guys. If you don't sound ready for something they advise against it and recommend a more suitable option.]

They sent me some stacks for my 3 clients who are getting ready to compete, and they sent me a few new ones to try for myself.

I'm only going to talk about the ones that I feel the effects from, as one of them I cannot give a full review until it's all said and done.

The 2 products I do want to talk about are:

Hypershock – a pre-workout formula that works 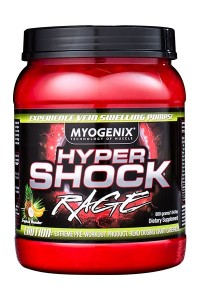 I'm very skeptical about pre-workouts, as some of them make me feel like shit and it's almost too much. They increase my breathing rate and sometimes have a negative effect on my gym performance.

In the past I've stuck to just coffee and an occasional can of pre-workout I would buy from the supplement store nearby, on an “as needed basis.”

I'm not a guy who is normally going to drop money on a container of pre-workout powder. HOWEVER, after using hypershock I would.

I was told by Dave over at Strong's pro support team that hypershock wasn't like most other preworkout formulas.

He told me that this one was more balanced and that the jitters and “crackhead feeling” wasn't going to be there like it would with some inferior products.

The guy was certainly right, because this has proven to be smooth energy that carries with you for a few hours.

You don't just get jittery and awake and then crash – the stuff seemed to be something like 5 hour energy on steroids!!

I was with a buddy of mine and we both mixed a couple scoops with some water. As we were drinking this stuff he was reading the label and we were laughing our asses off.

The label read something like “within 10 minutes of drinking this you will experience an intense rage to want to work out.”

I about spit my drink out of my nose as he was reading it to me.

As most other supplements that leave us skeptical, we were literally laughing our asses off at the label claims and assumed it was mostly bullshit.

I kid you not, BEFORE THE DAMN DRINK WAS EVEN FINISHED, it was like someone gave me a shot of nitrous to my engine.

I looked over at my buddy and told him “dude, this isn't a placebo…… I'm wide awake and ready to go kill it.”

You have to understand something here, I was tired as hell and could have taken a nap right there before using this shit.

But I wasn't jittery feeling like other pre-workouts leave me and the energy just felt better.

So we drive over to a friends house, and this guy was asleep. I banged on the door and told him to wake his ass up. He answers the door rubbing his eyes and I told him to get ready because we were going to go work out.

He explained to me how tired he was and my other buddy is like “Take a scoop of this shit, you'll be awake in no time!!”

By now this had become entertaining to us, all we joked about for the next few days was “the furious rage to want to work out within 10 minutes.”

But the shit definitely works, no doubt. Like it was said to me and from what I've experienced so far, it just feels more balanced and steady and it doesn't wear off. 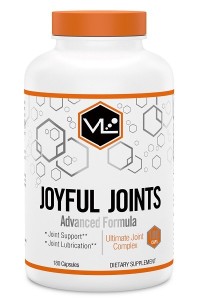 One of the other products I was sent was something called “Joyful Joints”.

Joyful joints has been the absolute best joint formula I've ever tried.

And I'm not just saying this because it was sent to me to try.

This product is an all-in-one super stack for your joints!!

As a bodybuilder who has been in the gym for almost 2 decades pounding out weights and putting my body through hell, if I felt 100% injury free it's like something would be wrong, hahaha.

I'm usually always dealing with some bullshit injury, whether it was shoulder impingement a few years back, that goddamn tendon behind my elbow that bothered me a lot when doing tricep extensions, or my freaking knee – something always seems to be acting up.

Within the first 3 days of using Joyful Joints the pain in my knee had completely gone away, and my tricep tendon felt about 90% healed.

I was actually able to do skull crushers pain free for the first time in months, and everything felt good all around.

But the great thing about this stuff is that it wasn't just my joints that were bothering me that felt better, it was like EVERYTHING FELT BETTER.

It felt like I was the tin man who finally got some oil!!

Just walking around and lounging feels more relaxed than it used to feel. I really can't explain it, but it's this feeling like someone took some age off my body and restored me to a more youthful day when shit just didn't bother me.

I think Joyful Joints would really be good for joint support when dieting too.

When dieting really strict there is a tendency to feel “dried out” where joints and tendons just hurt more and you cannot typically train quite as heavy.

I think throwing something like this into the mix would allow you to possibly train heavier and feel safer when in caloric deficit, or even training heavy as hell and introducing your body to new and heavier workloads.

I would think powerlifters would definitely find this product useful since they are training very heavy and explosively.

I cannot yet comment on the other product they sent me because that one will probably take time to see results from (if it actually works).

But these two, aftershock and joyful joints, are things that you can notice immediately which is why I'm already giving you the scoop on them.

>> You can buy hypershock rage here.

>> You can buy joyful joints here. 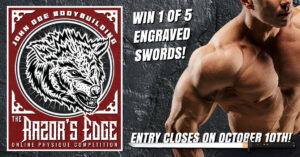 16 thoughts on “Hypershock and Joyful Joints: Pre-Workout Energy and Joint Support That Works”