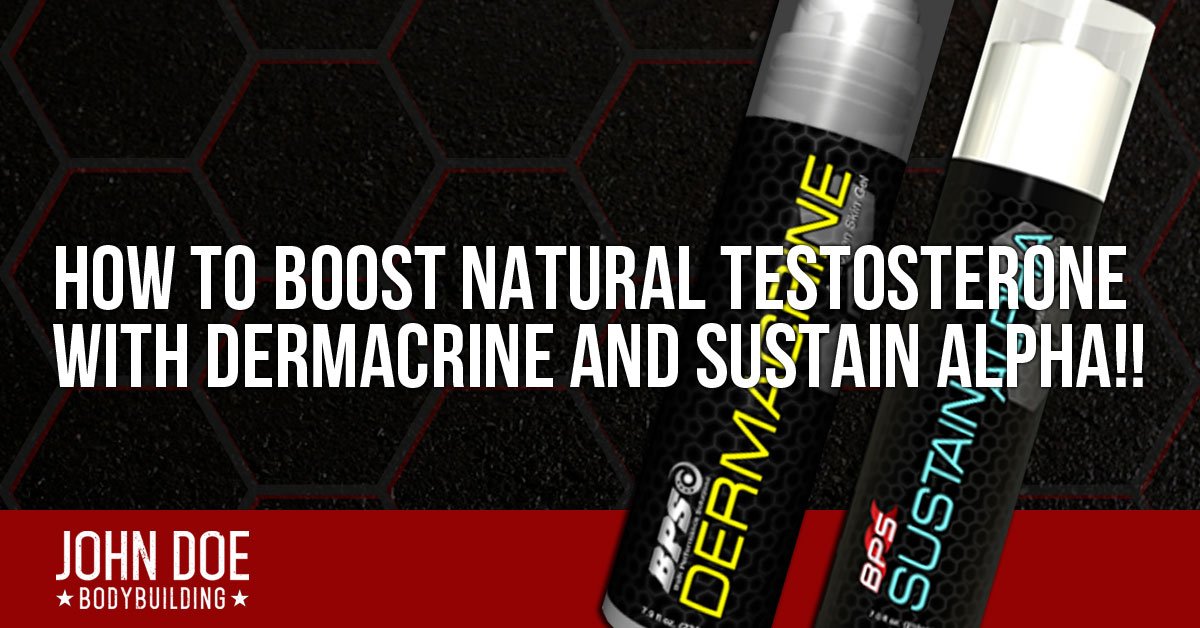 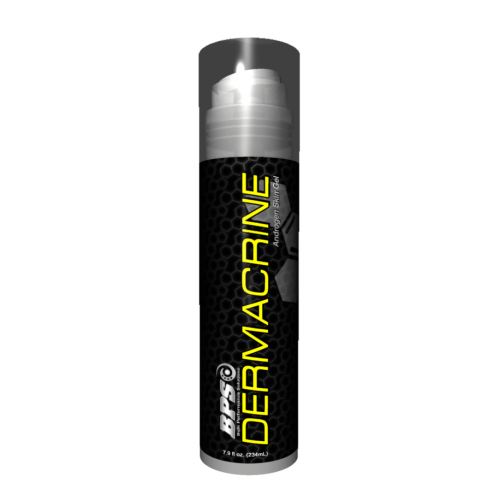 I began doing some research on Dermacrine after hearing this, because I knew if a 54 year old male who was already on TRT was coming in 300 ng higher, then something about Dermacrine had to work!!

The biggest reason I wanted to try Dermacrine was for its possible ability to bring me out of the slump I was in after  my recent competition.

I had just come off cycle and although I had reverted back to my normal testosterone replacement dose of 150-200mg/wk of test, I still didn't feel right.

This commonly happens after dieting so hard and being in very low levels of bodyfat for awhile.

My sex drive just wasn't there despite using testosterone, and I knew my estrogen levels weren't too high because I was using the right amount of aromatase inhibitor.

I really just needed a little something to give me a boost and counteract the slump I found myself in post competition. So I decided to try Dermacrine.

My thought process was that if I could jack up my DHEA levels then it could help me bounce back to normal and feel good again, and Dermacrine was claimed to be 20x more potent than taking oral DHEA.

Dermacrine is a transdermal gel that you rub on your body in the morning after a shower. I used 4-5 pumps of Dermacrine daily and within a week I knew something was going on.

Dermacrine did help bring my sex drive back very quickly and I started getting stronger while using it.

I now understood why this was claimed to be such a good base while running other prohormones, because it counteracts a lot of the bullshit sides from prohormones… especially lethargy!!

It only made sense to me to try Dermacrine because sex drive and lethargy were my two biggest concerns.

Obviously I knew things would get back to normal eventually, but I wanted to speed up the process.

Then I read reviews from guys who were also on TRT claiming that it gave them a boost in their training when they included it, so I thought what the hell, might as well try it at least.

Then I read about guys who used Dermacrine as the main base when running Ostarine, and the results they were getting from using both of them.

It made me think of how I wanted to include it the next time I ran Osta-shred, since the Osta-shred gave me such good results with really no side effects at all.

I'm not coming on here and lying to you guys about being all natural, because I'm certainly not.

But as I get older I find that I'm looking for alternatives to cycling all the time.

Test replacement is one thing, cycles are another, but being on cycle 24/7 is also another!!

This is where things can bite you in the ass down the road, so sometimes I am open to safer legal alternatives; things I can use with my TRT and still get added results.

I used Dermacrine for 8 weeks (took 2 bottles) and thought it was a very decent product. It became like my little daily ritual to take a shower in the morning, and then rub the Dermacrine on my chest and shoulders right after.

My only mistake was having sex with it on my skin, because it absorbed into her and she got a little acne and sore tits.

Hey, at least I know Dermacrine worked right if it caused these issues, LOL. 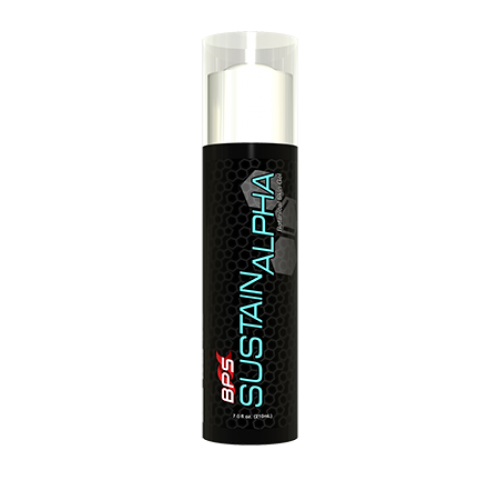 This one is more of a recovery deal, but could be used as a more natural alternative to Dermacrine.

I do not have personal experience with this since I'm on TRT and revert back to it after I discontinue what I'm using, but I read a lot on it as far as using it as a recovery agent either at the end of Dermacrine or oral prohormone cycles.

Sustain alpha makes sense to me because it supposedly acts on the hypothalamus and pituitary cells to help stimulate LH production (leutinizing hormone) as well as FSH production.

From what I read on Sustain Alpha it could be used either as a more natural means to testosterone boosting or as a PCT product itself.

I have a friend who recently came off a cycle of 500mg/wk of testosterone and he is using Sustain Alpha alongside Tamoxifen(liquid Nolvadex) and Clomid.

You see, a lot of recovery side effects can become sides from the recovery drugs themselves more so than low testosterone levels.

This is one of the reasons that I'm constantly telling guys that PCT is good, but overkill on PCT isn't good.

By throwing in the Sustain Alpha my friend has been able to counteract some of the negatives from cycle recovery such as depression and lethargy.

He claims it's definitely helping him, but like I said I haven't used this one. I only used Dermacrine which I liked.

Anyways, that is my 2 cents on the transdermal product I used called Dermacrine, and the feedback I've heard on Sustain Alpha.

I'm certainly not putting a gun to anyone's head here and telling you that you have to use this stuff, but maybe you're in a situation like I was where you just wanted something to speed up libido and well-being during a recovery phase (in my case recovery from dieting my ass off and beating my body up!!)

You may want something to run alongside PCT to avoid the feelings of depression from Clomid or the testosterone crash from coming off cycle.

Or maybe you are a middle aged guy who is just looking for an edge or an add-on to his normal TRT regimen.

In any event, there is my review and best of luck to everyone and their training progress!!

12 thoughts on “How to Boost Natural Testosterone with Dermacrine and Sustain Alpha!!”